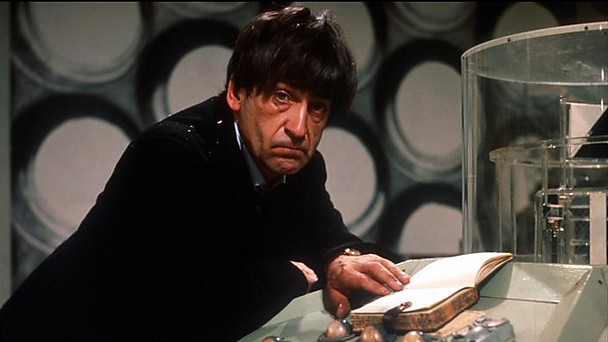 Getting two Doctor Who fans to agree on anything is virtually impossible. There is, however, one thing that almost every fan agrees on, a single consensus viewpoint for the bulk of fandom, and it is this: Patrick Troughton was amazing. As we look at in the first of these essays, William Hartnell never played the ‘first Doctor’ during his time on the series; he was simply the Doctor. Peter Cushing had shown in the Dalek movies that someone else could play the character, but he performed a straightforward take-off of Hartnell’s old inventor. As Hartnell’s replacement, Patrick Troughton was faced with an incredibly difficult task. Recasting the lead actor in a successful series is always a gamble. To their credit, the production team on Doctor Who in 1966 made the decision not to cast a Hartnell-like old geezer, and instead chose a well-regarded character actor to create an entirely new take on their central character.  They even refused to make him the centre of his own show at the off, deliberately wrong-footing the audience with an unexplained transformation and a strange, sinister opening performance that offered no comfort for his companions or the viewers.

It’s certainly arguable that Patrick Troughton is the most talented of the actors who played the Doctor in the original run (only Peter Davison can really contest him that title). It’s difficult to point out just what’s so wonderful about Troughton’s portrayal of the Doctor. His performance had a subtle charm that, apart from the occasional moment of slapstick, was beautifully underplayed. The word often used to describe him is mercurial. He often stands at the edge of scenes, interacting with people and events from the periphery, yet his magnetic performance still allows him to dominate proceedings. So much of his performance lies in little tics and gestures, making the second Doctor notoriously difficult to portray in prose. It’s Troughton’s performance that brings the second Doctor to life as something far beyond the generic Doctor a quick description of him might imply. 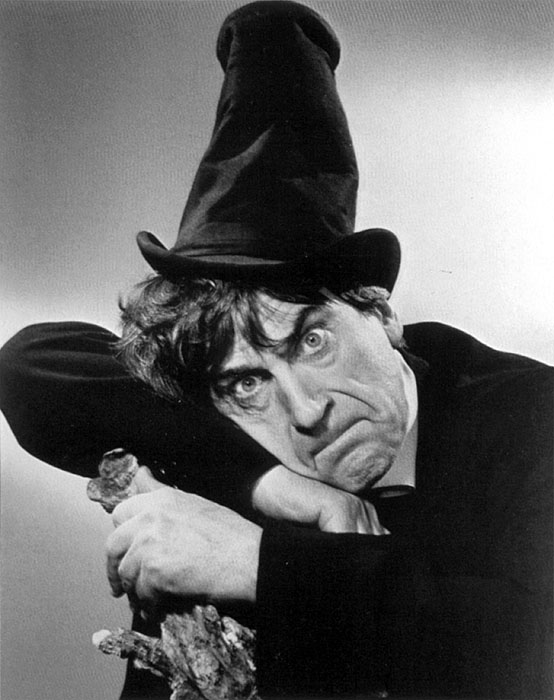 On the surface, the second Doctor is a clownish, humorous character. This can be overstated, and the buffoonish second Doctor stems more from Troughton’s ‘retro’ performance in his return appearances (although less so in his final turn in The Two Doctors). Nonetheless, humour is at the forefront of Troughton’s performance, be it a clowning silliness or a prickly waspishness when he doesn’t get his own way. A good deal of this is a façade, however; we occasionally get glimpses of a harder, more sinister personality behind this mask. The second Doctor’s appearance perfectly illustrates his public persona. In his dress, he’s clearly a degraded version of the first Doctor. He’s still in Victorian/Edwardian style clothes but they are now oversized and baggy. The checked trousers now have a more garish pattern and a looser cut, the shirt has been downgraded to a casual short-sleeved item and the smart cravat becomes a scruffily tied bowtie. The first Doctor’s predilection for hats becomes an absolute mania with the second, from the famous topper of his early episodes (a Paris Beau, I believe, not the oft-stated stovepipe) to the woollen headwarmer he wears at the seafront. He’s still clearly of the same era, but without any apparent need to scrub up or make an effort. His biggest affectation is his recorder, and he mostly seems to use that to occupy himself during the quiet moments between capture and escape.

The ‘cosmic hobo’ appellation is a cliché now, but it fits perfectly. This is a Doctor who moves from one place to the next, always looking for another job to do. He wastes no time getting involved when he arrives somewhere, and very, very rarely sticks around once an enemy is defeated. It’s this attitude, though, that shows how much of his pleasant, bumbling persona is simply for effect. While those around him underestimate him due to his foolishness or succumb to his charms, he picks a side and calculates what needs to be done. Now that he is aware of the nature of the universe, having encountered all manner of threats on his travels, the Doctor has pit himself against the horrors that are out there. This Doctor has a very straightforward morality: there are dangerous creatures in the universe, and they need to be stopped. Those who see the second Doctor as cuddly and silly would do well to remember how ruthlessly he cut down the Ice Warriors, wiped out the Macra and manipulated the Daleks into destroying themselves.

“People spend all their time making nice things, then other people come along and break them…”

For all his battling of monsters – and it’s in Troughton’s era that Doctor Who really becomes a series about monsters – the Doctor stands against the evil of the human world as well. Troughton’s Doctor is an anarchist, immediately setting himself against conformity. He remains a scientist, primarily interested in chemistry in this incarnation, but now his interest is in producing stink bombs, explosives and weaponry. Throughout all his battling evil and oppression, his crusade against the monsters, there’s the inescapable impression that the Doctor is having a hell of a lot of fun.

The era of the second Doctor is just as much the era of Jamie MacCrimmon (so it’s particularly apt that Frazer Hines has become the de facto second Doctor voice in the audio productions over the last few years). Jamie is probably the perfect companion for the second Doctor; intelligent but uneducated, ripe for moulding into just the sort of adventurer this Doctor needs at his side. Jamie is intensely loyal to the Doctor, and it takes the Time Lords to break them apart, but even he has trouble trusting the man when his manipulations become too much in The Evil of the Daleks. When his back is against the wall, the Doctor’s true colours show through. For all his ‘funny uncle’ charm, and his obvious affection for Jamie, Victoria and Zoe, the Doctor remains an alien intelligence, and can be far scarier than Cybermen or Daleks.

“I imagine you have orders to destroy me…”

While his most tenacious enemies are the Cybermen – much like the Daleks, agents of unquestioning conformity – it is his own people who finally get the better than him. In his final, epic story, we finally learn something of the Doctor’s origins, after six years of adventures.  (Although see Philip Sandifer’s fascinating article on The Mind Robber for an alternative origin theory). When the Time Lords catch up with him, we see him more frightened that we have ever seen him before, and he is desperate to escape from their clutches. Eventually, however, he seems to become resigned to his fate, even seeming to give up on his companions, letting the Time Lords wipe their memories and deposit them back in their home eras. Nonetheless, the Doctor gives a spirited defence of his actions at his trial. Interestingly, the Time Lords are somewhat won over by his argument that there are dangers in the universe who must be fought. They certainly accept his plea that the Earth is in particular need of defence (because of all the invasions coming up, or because it has some special importance to the universe?) 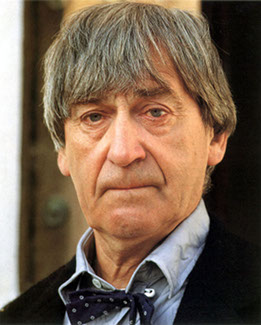 The Time Lords exile the Doctor to the Earth, putting him in the one place he can do the most damage. It’s clear that they want him out there in the wider universe, as long as it’s on their terms. Why they demand he alter his appearance once again is uncertain, but they are at least generous enough to offer him a choice of new bodies; something that the Doctor, in a typically ungrateful spit-in-the-eye, refuses to play along with. The Troughton era ended with the Doctor spinning away into the blackness of space, his future a mystery. He returned to the show three times over the years, interacting with his later selves and playing merry hell with continuity, and always stealing the show. You just know that, were he alive now, Troughton would be up for the audios. His influence on the series was huge; so much of what we now see as the Doctor’s character came from his portrayal. The strange little man who, under his eccentric clothes, is the only force capable of fighting terrors from beyond time and space, jelly babies in one pocket, sonic screwdriver in the other. Patrick Troughton was a truly fantastic Doctor, and if it hadn’t been for him, proving that the role could be recast and reimagined so successfully, the series would not still be here today. It’s a bloody crime so much of his footage has been lost. Like many other fans, Patrick Troughton is my very favourite Doctor, because he was, quite simply, wonderful.

Email ThisBlogThis!Share to TwitterShare to FacebookShare to Pinterest
Labels: Doctor by Doctor, Doctor Who, Doctor Who Classic, Second Doctor