The Men Who Would Be Doctor (part two)

In 1989, Doctor Who was cancelled. These are the men who might have been the Doctor, had things gone differently during the wilderness years of the nineties, the tumult of the noughties, and the speculation of recent years. 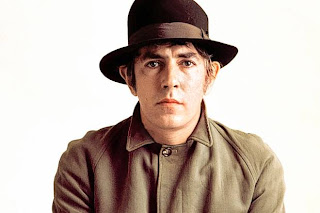 Following the cancellation of Doctor Who, various production teams proposed relaunches for the series to the BBC, which was keen for an external company to take on the series. Once such proposal which might have an actual chance of being picked up was that by Cinema Verity, the company owned and run by Doctor Who's original producer, Verity Lambert. She went on record later saying that her preferred choice for the Doctor would have been comedian and actor Peter Cook. This could have been truly amazing, but we wouldn't have got many years from Cook; he died in 1995. 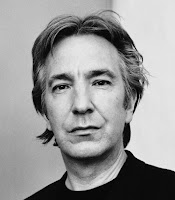 Another production company, going by the names Green Light and Daltenreys, held the movie rights to Doctor Who for some time in the nineties (and there's a long and complicated story to those rights and how they lost them). Their proposed Doctor Who film would have brought together multiple Doctors, but the lead incarnation would have been a big name to sell tickets, and Alan Rickman is said to have been their top choice. Whether they actually approached him at all is another matter. However awful the movie sounds, and it does, Rickman would have been amazing as the Doctor.

Famous to Doctor Who fans as Captain Zarkov in this year's episode Cold War, to Game of Thrones fans as Davos Seaworth, and to anyone who likes television and film for hundreds of roles, Cunningham was one of many actors who auditioned for the role of the Doctor in what eventually became the 1996 TV movie. Other actors who auditioned included Tony Slattery, Tim McInnerny and Mark McGann, whose brother Paul got the part. It is thought that Eric Idle and Rowan Atkinson were also approached; the latter would go on to play the Doctor for Comic Relief.

Another actor who auditioned for the movie, and one whose name has appeared at the top of 'Who should play the Doctor?' roles since 1997, when he leapt to geek hero status as Giles on Buffy the Vampire Slayer. Obviously he's got the terribly English thing going, but his performance as Mr Finch in the 2006 Doctor Who episode School Reunion shows that he can freakishly alien as well. 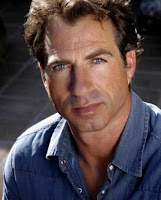 No, I've never heard of him either. A quick look on IMDB shows he's been in a lot of stuff though. Van Gorkum was the back-up plan for the TV Movie. Producer Philip Segal and the BBC had decided on Paul McGann, but the American parties involved, Fox and Universal, wanted someone American. Van Gorkum, English but based in America, was a compromise, but was apparently brought in to make McGann look like the better option. Which clearly worked. 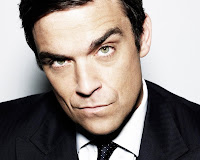 Believe it or not, there's truth to this rumour. In 2003, the BBC commissioned an animated Doctor Who story for webcast on BBCi. This became Scream of the Shalka, and featured Richard E. Grant as the voice and physical template for the Doctor - officially, albeit briefly, the ninth Doctor. When looking to cast the role, the producers looked at all sorts of names, and Robbie Williams was one that cropped up. He was apprently "very interested." This was mumbled back in the day, but it's there in black and white in the latest issue of DWM. Can you imagine? 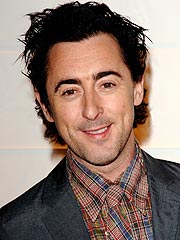 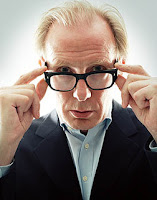 Famously Russell T. Davies's preferred choice for the role when he was first looking to cast the new series. Whether there was anything more to it than a suggestion wasn't clear until recently, when Nighy admitted that he was approached for the role. “I was offered the role once," he told the Huffington Post. "I won’t tell you when because the rule is that you’re not allowed to say you turned that job down because it’s disrespectful to whoever did it. I will say that I was approached. But I didn’t want to be the Doctor. No disrespect to Doctor Who or anything. I just think that it comes with too much baggage.” It seems pretty likely that this was in 2004, for the role that eventually went to Christopher Eccleston. Nighy's refusal didn't stop the papers touting him as the new Doctor, though.

While Nighy might have made a good Doctor, he wouldn't have impacted the part the way Eccleston did. Still, he surely would have been a better choice than the second actor who we know was approached. RTD admitted that he offered the role to Hugh Grant, who later expressed regret for declining, once he saw how the show turned out. Having a film star that famous and bankable would have been a huge boon for the series, of course, but it's hard to see the series working as well with a man of pure romcom background in the lead role. Then again, he did have a good turn playing the 'twelfth Doctor' for Comic Relief's The Curse of Fatal Death, so who knows? 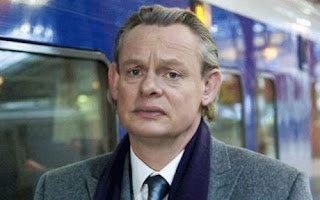 A bit of a garbled one this. Some reports around the time David Tennant was leaving the part suggested that Martin Clunes was offered the role and was the preferred choice to take over. Appearing on The One Show later to promote Doc Martin, he did say that "there was a lunch," and it was suggested by the press that he turned the role down. However, most reports then linked the role to David Morrissey, and considering how early these talks were supposedly happening, it seems more likely that Clunes was offered the part of the false Doctor, Jackson Lake. 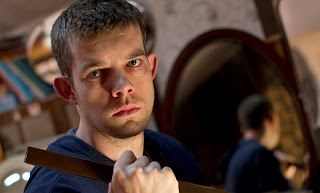 Russell T. Davies mentioned more than once that he was keen for guest actor Russell Tovey to take on the role of the eleventh Doctor. However, since he was leaving the series at the time, it was never his choice; still, it's unlikely that Stephen Moffat and his team didn't listen to his advice. It turns out that he did in fact audition for the role, as he told the Independent earlier in the year, but lost out to Matt Smith. 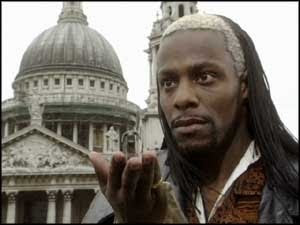 Another popular name for bookies and casting pundits, and certainly one of my preferred choices for the role. It's something of an open secret that Joseph auditioned for the part. Neil Gaiman recently said: "I was rather disappointed Paterson Joseph didn't get it last time, although I've loved Matt's Eleven." He then went on to say that "I know one black actor who was already offered the part of the Doctor, and who turned it down." Now, was he talking about Joseph then, or someone else? The way it was worded suggests the latter, or is he just being coy about the actor's identity?

Read part one here.
Posted by Daniel Tessier at 12:25