Stellar Cartography: Capella, or Alpha Aurigae, is a star system forty-two light years away. It's actually a quadruple system, made up of a binary pair of red giants and another pair of red dwarfs gravitationally bound. Which would likely make for a more interesting planet than we see here.


Capellans: Capellans over seven feet tall are not unusual (not that you'd guess that from the specimens we see in the episode). They're basic humanoids in coloruful clothes, with big shoes and tall hats to make them look taller. Some thought has gone into their culture, though. They're aggressively patriarchal, with women and children considered little more than property of the ranking males. Their society is split into the Ten Tribes, each ruled by a Teer (te-er). If a man touches a teer's wife, he is killed. If another teer takes over, he kills the old teer's wife and child. What a bunch of bastards.

Klingons: Naturally, the Klingons are also after mining rights, although they are just as likely to invade the place if they don't get what they want. The Capellans are far more likely to side with the Klingons, who are almost as big a bunch of arseholes as them. The Klingon agent, Kras, is pretty much the smallest Klingon we've ever seen. Helps the Capellans look taller, I guess.

Captain James T: He's cut up with guilt over his redshirt man's death. The guilt's really geting to him, now, isn't it? No wonder he always insists on going on landing parties himself. He ends up with a death sentence on his head for touching the teer's wife, Ele'en. He's pretty awesome in the fight against Kras, although his attempt to get one up on the Capellan rebels does have the side effect of introducing them to the bow and arrow, which this proud warrior culture somehow never developed.

Green-Blooded Hobgoblin: Totally uneasy when handling a baby. He's unsually snippy in this episode, and is thoroughly irritated by Kirk and McCoy's glee at Ele'en's naming her baby after them.

The Real McCoy: Some good background and characterisation for Bones here. He gets to be the one dispensing the advice for once, since he visited Capella years earlier and is familiar with their taboos. Nonetheless, he puts his duty as a doctor ahead of the risk to his life, and tends to the pregnant Ele'en's health despite it marking him out for execution. Ele'en is so impressed with him, she accepts him as the baby's new father. McCoy tries to convince Ele'en of her own worth, even though he's fighting a losing battle against centuries of mysoginistic culture.

Great Scott: Left in charge of the Enterprise, he elects to help a distressed ship, knowing it may very well be a Klingon ruse. He doesn't fall for the same trick twice, and gets back to Capella to lead a daring rescue of Kirk and co.

Cliche Count: There's a redshirt death within about thirty seconds of beaming down. We're back at Vasquez Rocks, and it's one of the best and most extensive uses of the location. Chekov starts his claims that everything of interest anyone may bring up was invented in Russia. Bones says to Spock, “I'm a doctor, not an escalator!” Which is certainly one of his more eccentric ones. 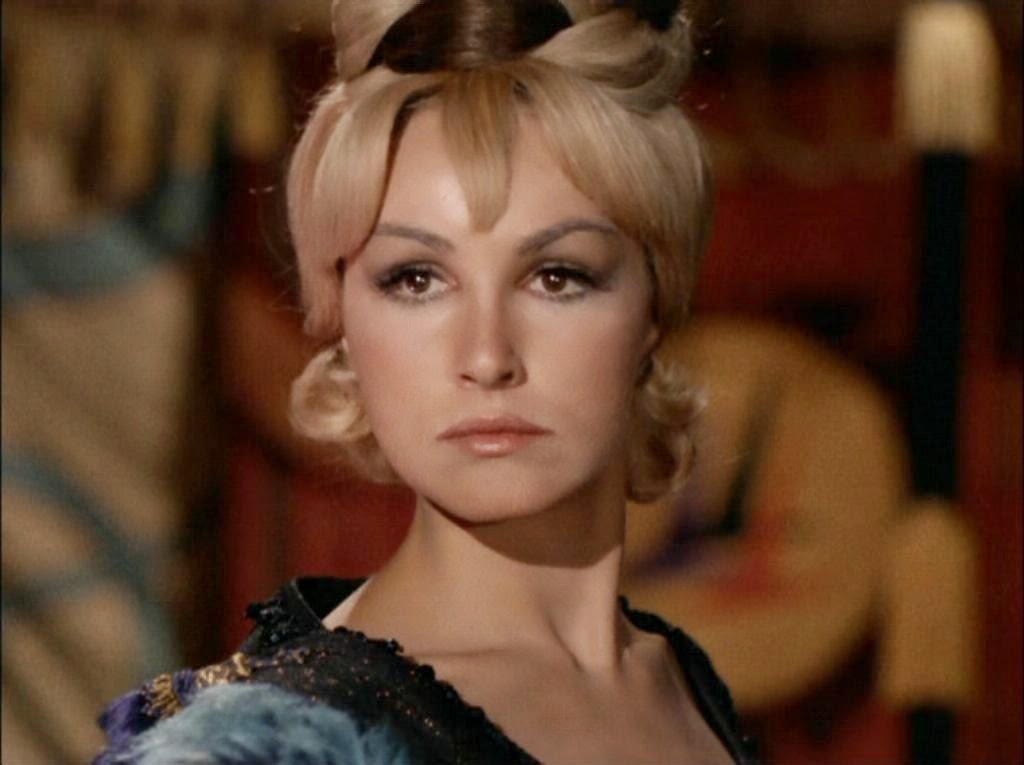 The Alternative Factor: This episode has had a major impact on the novel line, for some reason. The battle for Capella is seen in Invasion! First Strike, while an elderly Admiral Leonard James Akaar is a recurring character in the DS9 novels. James Blish's novelisation changes the name of the planet to Ceres and makes it a forgotten human colony.

Funny bits: The fake distress call that dupes Scotty is from the SS Dierdre.

The Verdict: Pretty good, if a bit culturally imperialistic. Then again, it's hard to have much sympathy for the woman-hating Capellans. Kelley and Newmar have some real chemistry. The fight scenes are some of the best the series have to offer, and everything move along at a fair lick. Good fun, with an obvious but essential message about mother's rights.

2.12) The Deadly Years
or
Captain Kirk vs. Premature Ageing 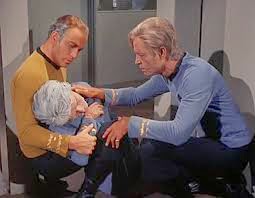 The Mission: Routine resupply mission to an experimental colony, and thence to Starbase 10.

Phenomena: The planet has passed through the tail of a comet, exposing it to a form of radiation that causes accelerated ageing in the humanoid body. Thirty years for each day, with senility setting in at an advanced rate. It can be cured by a surge of adrenaline.

Captain James T: There's a foxy woman on board; naturally, Kirk has a history with her. His memory deteriorates quickly when he is affected by the advanced ageing. He slowly loses his ability to command, and feels betrayed when Spock calls his competency hearing. When he gets his marbles back, he uses a variation on his old corbomite bluff to trick a Romulan fleet (a nice little bit of continuity there).

Green-Blooded Hobgoblin: Doesn't get hit as hard by the rapid ageing as the others; a Vulcan of a hundred is still a healthy man. He initially resists the call for a competency hearing, but accepts it is necessary. It's another subtle performance by Nimoy, showing Spock's conflict at betraying his captain for the good of the ship.

The Real McCoy: Bones just gets louder, more cantankerous and more Southern as he gets older.

Tsar of all the Russias: He's scared out of his wits when he stumbles over a dead body. You'd think Starfleet officers would be made of sterner stuff. He gets royally pissed off getting tested for clues as to why he doesn't age like the others.

Sexy Trek: Dr. Janet Wallace left Kirk and later married Theodore Wallace, twenty-six years her senior. She still has a thing for Kirk, all the more so when he puts on a few extra decades.

This episode's hot yeoman is Yeoman Atkins. Kirk has aged beyond flirting capacity when she shows up.

The Verdict: Solidly middle-ground Trek. The subplot of Commodore Stocker's shortlived command of the ship and the Romulan attack helps keep the episode going when it threatens to peter out. Galway's distress at her worsening condition is quite powerful. That the cure for the radiation poisoning is adrenaline is pretty obvious, though, and even a slightly dotty Spock and McCoy should have got there quicker.
Posted by Daniel Tessier at 13:23