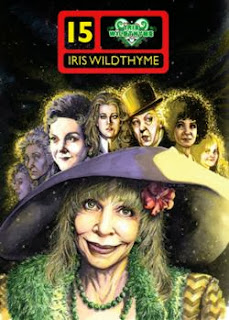 Iris Wildthyme has two birthdays. This is, of course, entirely appropriate. She first appeared in Paul Magrs's 1995 novel Marked for Life, in which she was, at least at first, an improbably ancient lesbian who lived in a battered old bus. This version of Iris has made occasional reappearances, but it was her debut in the Whoniverse that is being celebrated this year. In 1998, Iris made her first appearance opposite the Doctor – the fourth Doctor, in fact – in the short trip 'Old Flames,' before making a big splash (of gin, naturally) in the eighth Doctor novel The Scarlet Empress. And so, after many more adventures in the Multiverse, at the hands of not only Paul Magrs but many more authors, for BBC Books, Big Finish, Snowbooks and Obverse, Iris is fifteen (and eighteen. And nine hundred and seven).

Iris: Fifteen is the straightforward title of Obverse's new celebratory anniversary collection, and, as with any celebration attended by Iris, there's plenty of booze to go round. Iris has already had... I'm not even sure, eight incarnations..? but this is nothing compared to what we see here. While previous volumes from Obverse have featured the version of Iris created for Big Finish, and voiced by Katy Manning, Fifteen features a surfeit of Irises. There's the old Beryl Reid version of Iris; her successor, the Barbarella incarnation; Brenda Soobie, the Scots Carribbean songstress; and a whole host of Irises new to this volume. There's a ravishing, raven-haired Iris, a red-haired dykey Iris, a drag Iris, and a distant future Iris who looks like Carol Channing. Sometimes there are hints of involvement by the being known as Lazarus, or El Jefe. Other times, the boundaries between fiction and reality are blurred. The stories come thick and fast, never giving the reader a chance to get bored with whichever corner of the Multiverse Iris is currently visiting. 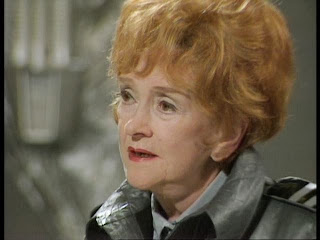 Naturally, it starts, as it did before, with Paul Magrs. 'The Ninnies on Putney Common' actually brings the Celestial Omnibus to its supposed destination for once, where Iris faces Paul's monstrous creations, the dreaded Ninnies. Refusing to keep to anything so dull as a linear narrative, it's a perfect start to a collection that hops throughout time and space. The talented Eddie Robson creates a brand new Iris for 'Gimme Shelter,' one who looks so young she can't even get served in the pub. The horror! But even enforced sobriety isn't enough to stop her confronting the latest supernatural terror she encounters.


Collection editor and Obverse supremo Stuart Douglas gives us 'Party Fears Two,' one of the most blatantly, unashamedly celebratory episodes in the volume. Brenda Soobie throws a party in her own honour, attended by her own authors and heroes. Wonderful indulgence. 'God Engine Rhapsody' by Julio Angel Ortez begins as a more straightforward sort of adventure, but takes its action-oriented American version of Iris through a tale of twisted temporal shenanigans. 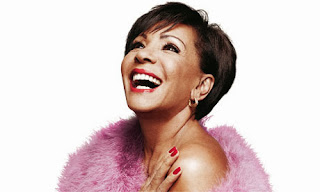 Cavan Scott and Mark Wright return to their Big Finish creation the Forge for 'Project: Wildthyme.' The Forge, which were doing Torchwood's thing with more competence way before that Welsh rabble turned up, have only one target more sought after than the enigmatic Lazarus, and that's Iris Wildthyme. Poor old Panda goes through the ringer, though. It couldn't be long before that other untrustworthy organistation, MIAOW, turned up, and Ross Douglas gives them a run for their money in the cheeky 'Our Tune.' Nick Campbell scores a belter with 'The Wildthyme Effect,' which takes Iris and her latest victim/companion from a bookshop to a land of wonder. Neil Chester gives us a winning, haunting ghost story with 'Ouroboros.'


Nick Wallace's contribution, 'In Passing,' is a rare slice of pure science fiction for Iris, but no less moving and effective for it. Master of Victoriana George Mann gives us a clever interlude in 'Iris at the V&A.' Our favourite art critic and raconteur, Panda, reviews some of the Iris's appearances in the artwork of the ages. Obverse regular Cody Quijano-Schell pens a mad celebration named 'The Golden Hendecahedron,' a tale that sees Irises past, future and improbable appear in an attempt to prevent a temporal catastrophe (with hints of Meglos). And Iris's old friend Tom is in it too, which is a treat. 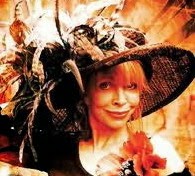 James Manley-Buser pens a very different sort of story in 'Samsara,' a sultry, evocative tale of reincarnation in India – with a couple of cheeky misquotes from familiar sources. Eric Brown's 'Iris and the Caliphate' mixes dinosaurs, metatextuality and a truly horrific future world to great effect. Fans of the old 'Find Your Fate' style books will enjoy the brief but fun 'Mix Your Own Adventure' by Patrick Magee. Andy Smillie's 'Time to Exist' is a little longer than most of the stories in this collection, using the extra wordage to take Iris and Panda on a very peculiar adventure beyond the edge of existence. 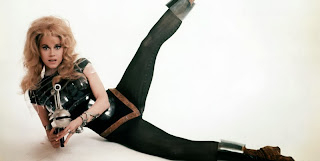 One of the best stories in the collection is 'Scream in Blue' by Dave Hoskins, an ingenious tale told from the point of view of a young girl with autism and synaesthesia. It's a fascinating read, at the same time as being a bonkers parody of Speed. Finally, Roy Gill's 'Dog Days of Summer' rounds off the anthology in style, with a story that follows one boy's journey to adulthood, punctuated by periodic Wildthyme.

Absurd, funny, poignant, inventive and often over the top, Iris: Fifteen is a wonderful celebration of all things Wildthyme. A must for any fan of the Mistress of the Magical Bus.
Posted by Daniel Tessier at 13:02