There's already been a lot of interest in Obverse Books' brand new anniversary collection, Iris: Fifteen. To read my review of that, all you need to do is scroll down. However, if you care to read my reviews on any of Iris's other adventures, I have provided links. I'm helpful like that.


You can buy any of Obverse's Iris collections via this link here.

The fourth series of Iris audioplays from Big Finish has recently been released for CD and download.

Other recent publications from Obverse Books that are worth your time include the Faction Paradox novel The Brakespeare Voyage by Bucher-Jones and Dennis; the first collection of Cody Quijano-Schell's creation Senor 105; the second City of the Saved collection, More Tales of the City, edited by the City's creator Philip Purser-Hallard; and the special collection Storyteller - A Found Book, which has been created to raise money for cystic fibrosis charities in the memory of author Matt Kimpton (review for that coming very soon).

UPDATE: A new Iris novel, From Wildthyme with Love, by Paul Magrs, will be published by Snowbooks in November. 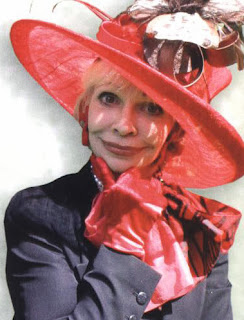