Look at me cutting down on my expensive habit! Not sure how long I'll keep these reviews going, we'll see if I've got enough to cover. For now, it's a deeply Marvelly month, which is apt, seeing as Marvel are all over the geek news right now. Spider-Man is coming back to Marvel on the big screen! Or, at least, Sony and Marvel have finally agreed to share the property, so that they can both make a fat load of cash out of it. Hopefully, we'll get the best of both worlds, with Spidey showing up in Captain America: Civil War before appearing in his own movie with Marvel input. Plus, apparently the Sinister Six movie is still a-go. Unfortunately, the two best things about the Amazing films, Emma Stone and Andrew Garfield aren't going to be involved, because one has been killed off and the other has quit the franchise. So we'll see how it all develops from here. I'm pleased to hear that they're planning to cast younger, rather than get another guy who's pushing thirty to pretend to be a teenager. I'd love it if they took the opportunity to make Miles Morales the screen Spider-Man, but that's not going to happen in a thousand years. Nonetheless, there's no reason that Peter Parker has to be white. I doubt it will happen, but I'd love to see a non-white actor in the role. Whomever they cast, they need to hurry up about it.

Well, I fully expected the finale of the Spider-Verse arc to be a bit of a let-down. Actually, as these things go, this was reasonably well done, although there were certain elements I feel would have been better if I'd caught all the peripheral material. Spider-Ham is amazing in this issue though. Also looks like the events here will have consequences for reality, which I suspect will tie into this big reboot event that Marvel are building up to. There's still the epilogue to come, so I'll at least be grabbing that. The mystery of the new Thor's identity drags on. This is a good issue for gender politics, existing mostly to show how much of a misogynist prick Odin is and how much more dangerous he makes Asgard. They need to wrap up the mystery soon though, although I love ex-Thor's gradual crossing off of his list of potential answers.

The last issues of serials are rarely the best, and this serves mainly to wrap up the "Generation Why" tale while setting a couple of things up for the future. Not a great issue, but perfectly enjoyable all the same.

I can't see the point of buying a Star Wars comic when Saga is back. The latest phase hits the ground running, bringing any new readers rapidly up to speed with the background and characters before hitting us with a new faction. This is getting interesting. Plus, giant salamander dragons. The letters page remains the best in the business. Really, it's more entertaining than a lot of actual comics. And unofficially officially, Saga is part of the Watchmen universe! 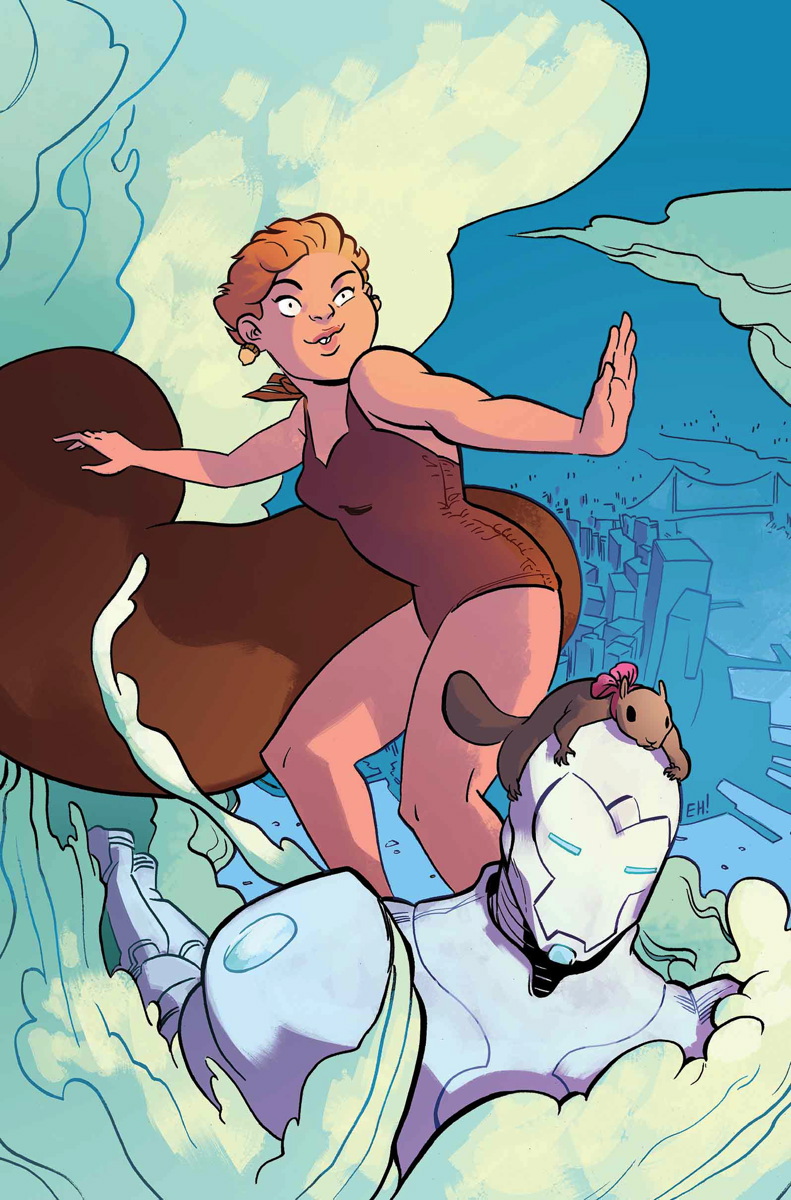 Dan Abnett's treatise on the horrors of war comes to a close as Slipaway and his unlikely comrades defeat their foe. Is the invasion over? For all its simplicity, this is a fine story. A better climax than Spider-Verse at any rate.

Two words: Iron Squirrel. God, this comic is a joy to read. Even the footnotes. Especially the footnotes.
Posted by Daniel Tessier at 13:08