While I'm pleased to have longer, more languidly paced stories back this season, it's a pleasure to have a brisk, comical romp like this to break things up. After the grim pair of stories that made up the year's first four episodes, the delightful and often silly The Girl Who Died is, in spite of its title, the most light-hearted episode so far this year. It's also refreshingly small scale, for while the Doctor frets about the potential affect to history should he interfere too much, the stakes here amount to no more than the population of a very small village. This is just how it should be; not every episode should have the Earth or the entire universe hanging in the balance. It's good to have an episode which reminds the Doctor just how important a single human life is.

The script is accredited to both Jamie Mathieson and Stephen Moffat, and while it's impossible to say how much of each writer's work makes up the finished product, it feels more like Mathieson's previous episodes, particularly Mummy on the Orient Express. It's a fine balance between the silly and the soulful. None of it is particularly plausible, either historically or scientifically. These are storybook Vikings fishing for storybook electric eels. The comedy is broad, but effective, and with Capaldi showing a lighter side as the Doctor this year, works perfectly. Everything's pitched dead on.  It's a little hard to credit the terrifying reputation of the Mire to a group of spacemen who can be defeated by being threatened with an embarrassing video on YouTube (or it's 11th century intergalactic equivalent). However, it's such a joyfully funny and triumphant scene that it really doesn't matter. Yet there are some real moments of pathos here. When it was introduced in the equally comical Closing Time, the Doctor's ability to "speak baby" felt trite and overindulgent. Here, though, it's used for a moment of genuinely affecting emotion, making the Doctor appear more alien and poetic than he has been in years. 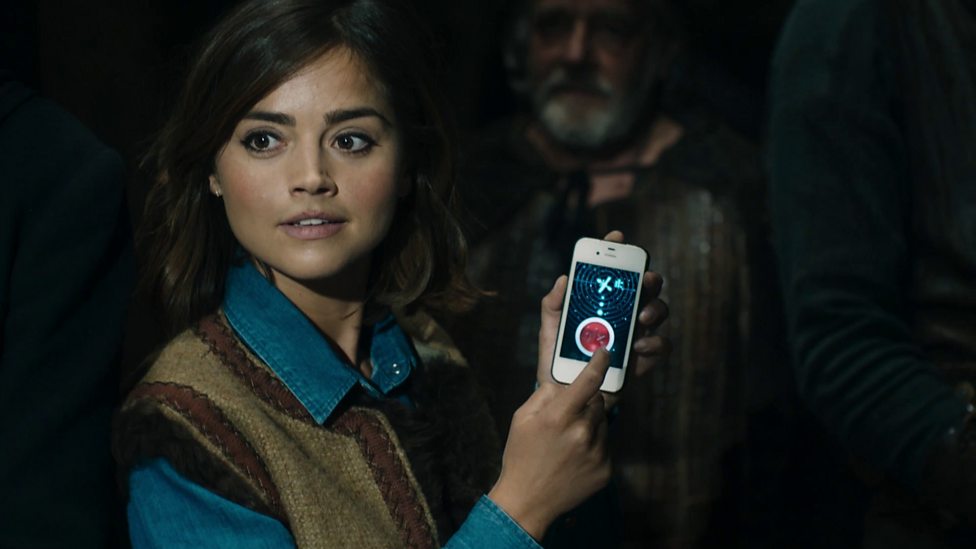 It all looks wonderful as well, from the implausible Viking costumes to the blocky spacesuits of the Mire. The alien creatures are a pretty flimsy set of villains, including the false Odin who leads them, but they look good and serve their purpose in the story, so it seems churlish to complain. Having them so completely obscured by their technology works well, setting up both their power and their weakness. It's unusual to have an episode of Doctor Who which is so anti-technology, and to have the Doctor reduced to the most basic of technology (aside from a handy mobile phone) before calling him to task makes a big difference. Capaldi is, of course, excellent here, swinging between sardonic humour and worldweary sorrow with ease. It's a characterisation of the Doctor that works so well; someone who has simply lived too long and lost too much. Jenna Coleman also gets some good material after being poorly used last week. Although she is quite minor to the actual plot here, her increasingly Doctorish behaviour against threats, and her spurring him to action in defense of the villagers, plays to the strengths of both the actress and character. 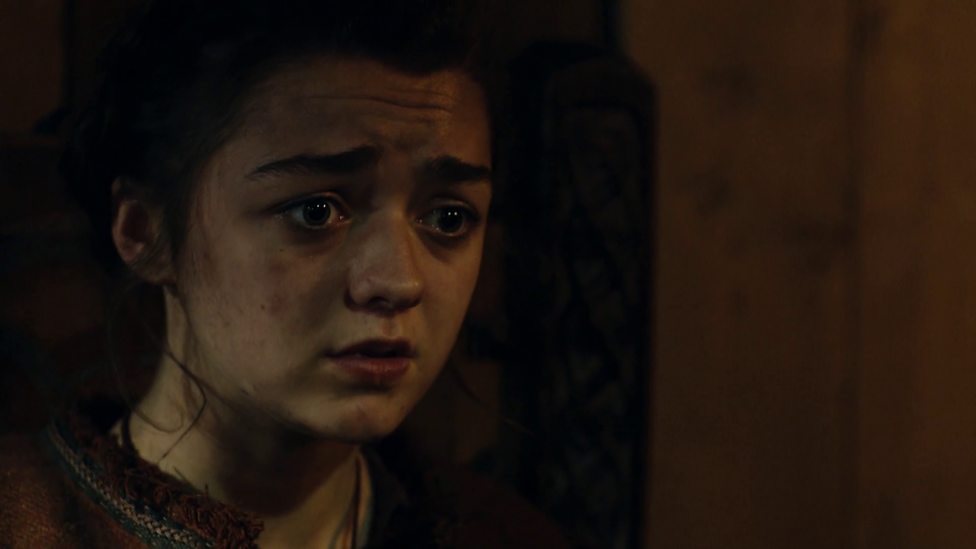 In the end, though, this episode belongs to Maisie Williams. It was perhaps inevitable that she'd be typecast to a certain extent, but Ashildr is quite different to Arya Stark. An astonishingly confident young woman who's unique ability is her skill as a storyteller, she's a wonderful match for the Doctor, and it's easy to see why he is so powerfully affected by her death. She'll be back next week, of course, playing what looks to be a very different take on the same character. It'll be interesting to see how she handles such a role. I'd be very surprised if that is the last we see of her; her importance to the arc plot (presumably much of Moffat's contribution, along with the flashback to The Fires of Pompeii) is hinted at heavily. That's the strength of this episode: a silly, low stakes romp that is simultaneously a moving and vitally important story.


Continuity Corner: The most obvious thing to point out is that the Doctor finally recognises where he got his face from, with flashbacks to 2008's The Fires of Pompeii. It's not just a callback, though; there's a genuinely clever reason given, with the Doctor subconsciously choosing a face that will remind him of a time when he chose to flout history and save lives. A nice way of making use of a bit of recasting.

The Doctor previously tangled with Vikings in his first life, in the serial The Time Meddler. We saw him engage in swordplay in, off the top of my head, The Crusade, The Sea Devils, The Androids of Tara, The King's Demons and The Christmas Invasion.

The first Doctor previously impersonated a deity in The Myth Makers, in which case he was mistaken for Zeus. Before this, his companion Barbara was mistaken by The Aztecs for the deified reincarnation of their high priest Yetaxa.

The Doctor describes Ashildr as "Immortal, barring accidents," how he described his own people in 1969's The War Games. This is the second time we've seen an associate of the Doctor receive immortality, of course. Maybe she'll bump into Jack in a few hundred years. A more similar situation arose in the excellent DWM comic stories The Road to Hell and The Glorious Dead, in which the eighth Doctor saved the life of the Japanese warrior Katsura Sato, with the result of making him immortal.

Hanky Panky in the TARDIS: So, it seems that they've quietly settled that Clara is bi. That's nice.

Best line: "Mother, I hear thunder. Mother, I hear shouting. You are my world, but I hear other worlds now. Beyond the unfolding of your smile, is there other kindness? I'm afraid." 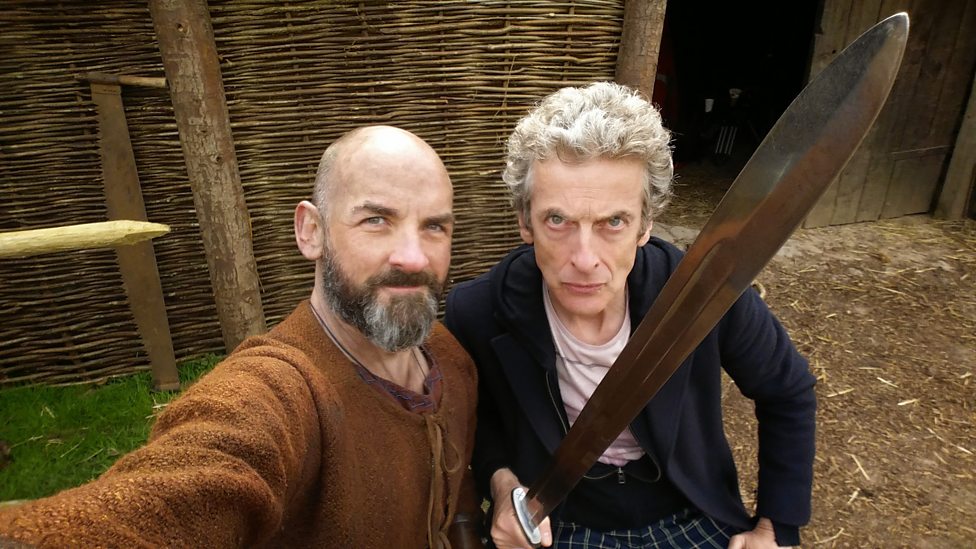