The Mission: They're supposed to be going for shore leave on Sarona 7, but the Enterprise gets diverted to answer a distress call from temporal scientist Paul Manheim.

Planets visited: Vandor 4, an asteroid in a binary star system, that hosts the laboratory for Manheim's experiments.

The Picard Maneouvre: Doesn't like Troi making pertinent observations of his emotions. He prefers to keep it all bottled up. Awesome at fencing.

Sexy Trek: Jenice Manheim, wife of Professor Manheim, had an affair with Picard in Paris over twenty years ago. She's thrilled to see him again, he's more ambivalent. Manehim is aware of Picard, so he tries to keep his name out of things until it's no longer possible and they have to meet. Dr. Crusher is properly jealous.

When he realises he'll be seeing Jenice again, Picard gets teh holodeck to reproduce Paris from their time there (complete with flying cars swooping round the Eiffel Tower.) The simulation includes two hot French girls in scanty dresses. One young lady, Gabrielle, has been stood up by her boyfriend, and asks Picard if she reminds him of someone. Presumably she's suppsoed to be reminiscent of Jenice. Possibly he's just staring at her because her slinky dress barely covers her cleavage.

Phenomena: The Manheim Effect (time hiccoughs): Sudden jumps and repeats in time caused by Manheim's experiments. They ripple out from Vandor for light years. Picard, Data and Riker are briefly duplicated when the effect worsens.

Manheim believes that time has infinite dimensions, and the location of Vandor 4 around its binary provides hte gravitational effects necessary to test that. Several scientists died in his last major experiment. Manheim himself is left split between two dimensions, physcially in our own but somehow aware of another. Once the time breach he created is closed, Manheim recovers. He can't describe the things he saw on the other side.

Future Fashion: Jenice's space pyjamas. Just what were they thinking? 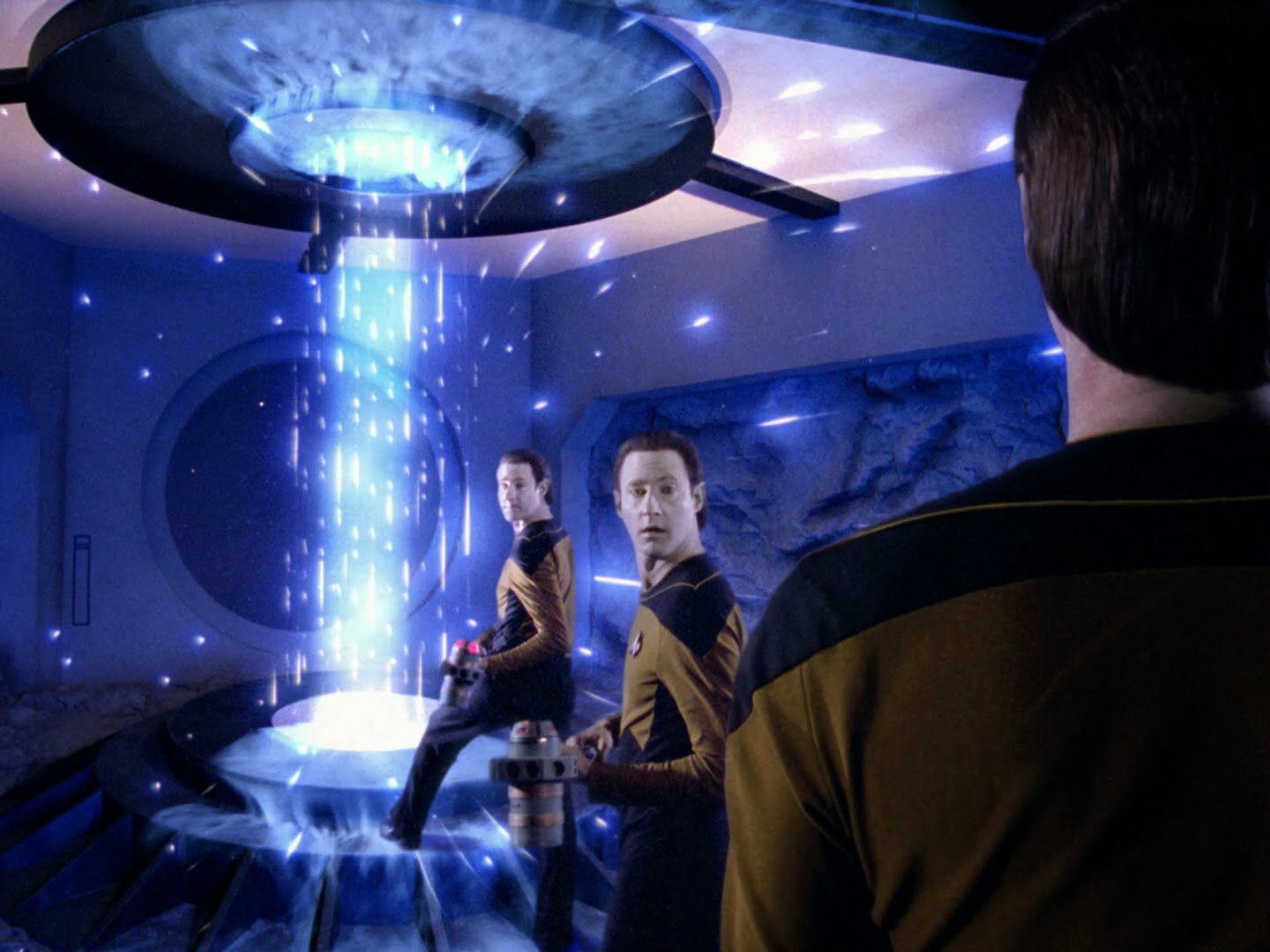 Elementary, My Dear Data: Sees himself as dispensible (Picard puts him right). Having a constant sense of time, he is best equipped to beam down to Manheim's lab and deal with the temporal anomalies he's created. He becomes triplicated by the time effects, but his multiple work together and drop antimatter into the breach in time, closing it. Data can't confirm that it is closed, merely “well-patched.”

Trek Stars: Jenice Manheim is played by Michelle Phillips, a recognisable face on TV at the time but still best known as a member of The Mamas and the Papas.

The Verdict: The time hiccough stuff is pretty cool, but the Picard-Jenice romance plot is scuppered by the complete lack of chemistry between Patrick Stewart and Michelle Phillips. Far too much time is spent on them, when really we want to know what all this talk of other dimensions is all about. It does help move along the Picard/Crusher relationship a little.

1.24) Conspiracy
or
'Invasion of the Puppet Masters'

The Mission: Mission to Pacifica diverted by an urgent call for Picard by an old friend. Something is wrong in Starfleet.

Planets visited: Dytallix B, the fifth planet of the Mira system, a mined out, barely habitable rock with a deep red sky. It is one of seven planets mined by the Dytallix Mining Corps. Also, Earth, although, sadly, we don't get to see very much of it. 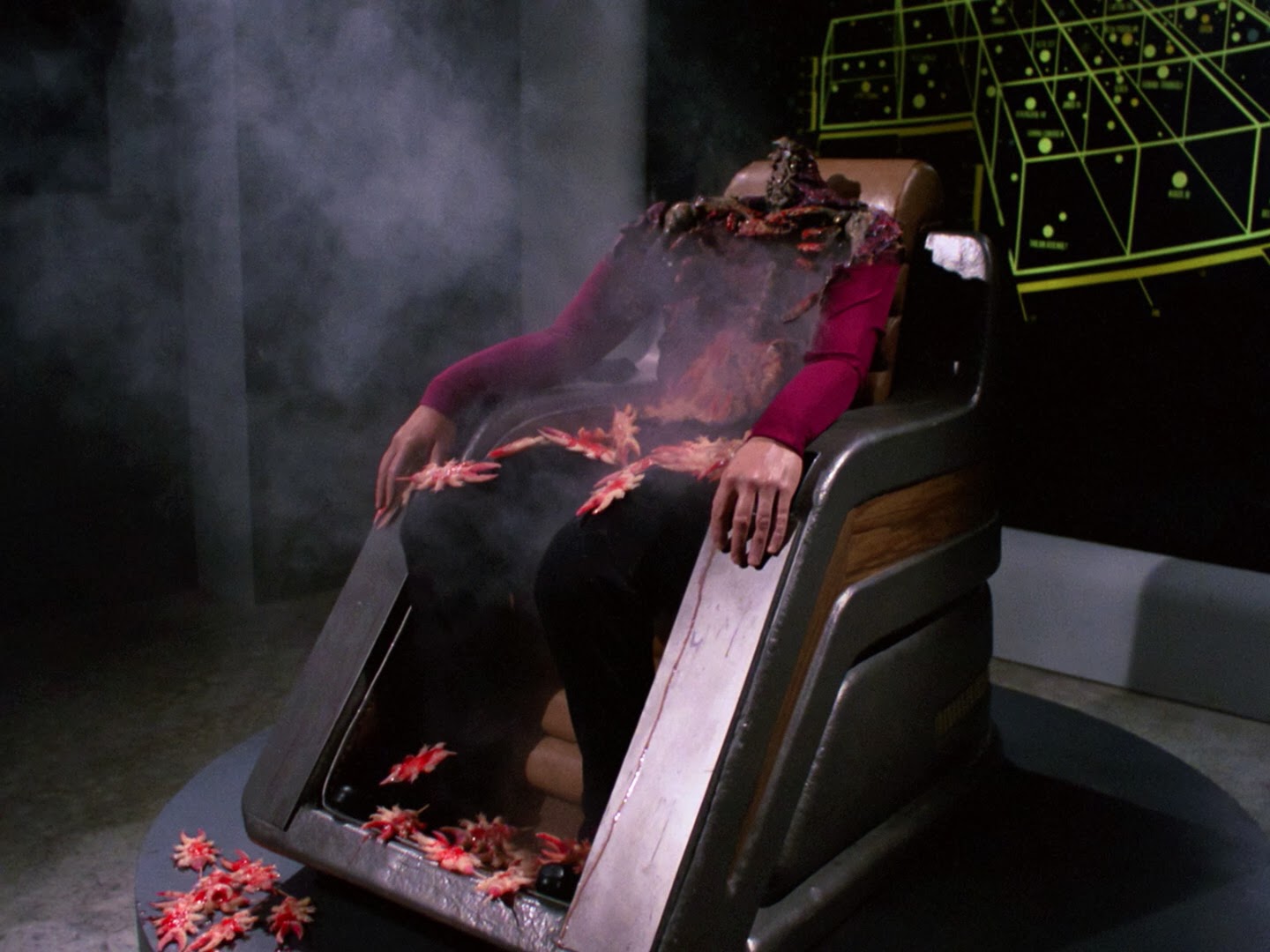 Alien life forms: Starfleet has been infiltrated by alien parasites, a “superior form of life” found on an uncharted planet. The aliens have infiltrated Starfleet, diverting ships and resources to facilitate some unknwon plan. The creatures – nicknamed 'Bluegills' by the fans – are wriggly wormy purple things with lots of legs, that enter the human body, attaching at the brain stem and breathe through a gill poking through the neck. Admiral Quinn has been taken over, giving the old guy super strength and controlling his mind. Even a phaser on stun doesn't stop him. Dexter Remmick is the host for the queen, a huge, pulsing maggoty thing that lives in his abdomenal cavity, surrounded by its own young. Picard and Riker have to blow his head off to even get to the creature.

The Picard Maneouvre: Walker Keel was best mates with Picard and Jack Crusher back in the day. Picard trusts him enough to disobey Starfleet. He bites the dust for his troubles; his ship, the Horatio, is completely destroyed. Picard also trusts Troi enough to bring her into his confidence about the conspiracy, eventually involving Riker after Keel is killed. He isn't taken in by the possessed Admiral Quinn.

Number One: Less easily convinced than Picard about the severity of the situation. Gets some serious ninja time time in against Evil Quinn once he's revealed, though. He fakes possession really well, convincing Picard and the aliens both.

Elementary, My Dear Data: The episode starts with a painful scene in which Geordi tries to tell Data a joke. Data then tries to laugh. Geordi looks hugely uncomfortable. Still, it sounded like a shit joke anyway. Even the computer tells Data to shut up when he's defining something.

Son of Mogh: Worf doesn't like swimming – it's too much like bathing. And they say Worf doesn't have a sense of humour. He's constantly ripping the piss. Totally up for a punch up with Evil Quinn, but doesn't come off well.

Ginger Doc: Crusher gets to do some phaser badassery against Evil Quinn.

Future History: Code 47 = Captain's eyes only. Tryla Scott made captain faster than anyone in Starfleet history (the record holder in the original series being James T. Kirk). Fans often like to suppose some link to Montgomery Scott, but there's no evidence for this.

Sexy Trek: Picard gets a robe scene! Nothing like Jean-Luc in nightwear.

Links: This episode picks up on hints that there's something amiss in Starfleet in 'Coming of Age.' The signal that Remmick sends was originally intended to lead to the introduction of a major new threat in season two. Initially conceived as an insectoid species, this threat eventually became the Borg, and the parasite link was dropped. The parasites are eventually revealed, in the DS9 novels Unity and Unjoined, to be mutant Trills.

Trek Stars: Weird old Michael Berryman plays Captain Rixx, the first Bolian to appear in the series. Apparently he liked the make-up so much he wore it home. Berryman is instantly recognisable under any make-up. As well as appearring in One Flew Over the Cuckoo's Nest, Weird Science and The Hills Have Eyes, he played an alien console officer in Star Trek IV.

Star Sets: The galactic map behind Remmick in the climactic scene, showing the location of Earth relative to the Alpha and Beta Quadrants, is a fantastic piece of work, and will turn up again and again throughout Trek as set dressing. It even shows up on The Sarah Jane Adventures as part of the set dressing for Sarah's attic.

Verdict: Excellent. High-stakes stuff in a season that sorely needs some genuine peril. This episode received a poor welcome from a lot of fans on first broadcast. The violence and graphic horror are unusual for TV Trek, and it received severe cuts on its BBC transmission, even getting left out of several repeat runs. Looked at now, it seems very tame, and it's hard to see what the problem is – TNG really needed a kick up the arse, and 'Conspiracy' is an indication of a direction it could have moved in. Making Quinn and Remmick the central villains, after they warned Picard of the plot in the first place, is a nice touch, particularly making Evil Remmick the big baddie. The original version of the story featured no alien involvement, simply a conspiracy by high-ranking officers. Roddenberry objected, maintaining that Starfleet wouldn't behave that way. We'll see similar plotlines play out in DS9 and Star Trek Into Darkness in the future. 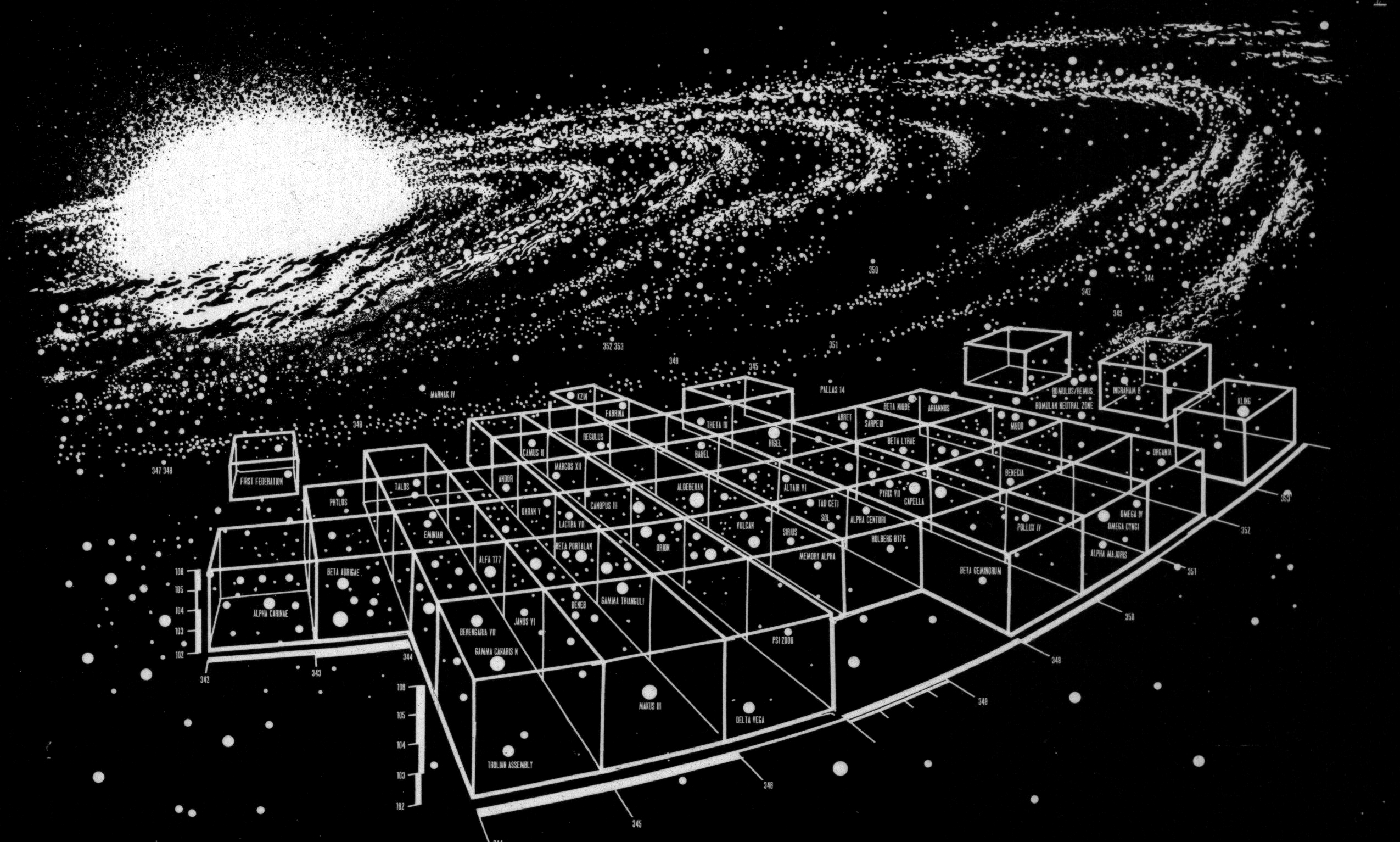