How is Xavier alive, and how does Magneto have his powers back? Xavier was killed in The Last Stand, and Magneto was depowered by the mutant 'cure.' Now, both events have potential get-outs hinted at by that movie. Magneto was seen playing chess at the end, with a barely perceptible movement of a metal piece hinting that his powers were returning. The post-credits sequence hinted that Xavier's mind had survived his death at the hands of the Phoenix, and had set up shop in a comatose body. However, neither of these is elaborated upon or even given any mention in Days of Future Past. The post-credits sequence of The Wolverine has Logan state that Xavier's presence is impossible, to which he merely replies that Logan is “not the only one with gifts.” DOFP however, mentions nothing. Some kind of explanation, however, brief, would have been welcome.

It's possible that the mutant 'cure' was not as all-powerful as it appeared to be. Perhaps it's effectiveness faded over time, and required top-ups, more like the genetic therapy that McCoy uses on himself and Xavier in DOFP. This would certainly help to explain why the Sentinels are killing mutants and potential mutant sires, rather than forcibly curing them. As for Xavier, even if we accept that he has acquired another body, why does he still appear the same? He's even in a wheelchair. Perhaps his new body is quite different, but he is telepathically projecting his original appearance. The commentary to The Last Stand suggested that Xavier had a braindead twin whose body he took over, which is not mentioned in the film and is also really stupid. There is nothing in the films to actually suggest a full explanation. Seriously, one quick line would have done.


Why are Scott and Jean alive in the altered timeline, yet Rogue is powerless? Clearly, the new timeline has experienced some quite different events to what we've already seen. If the first two movies happened, they must have happened in a different way, but The Last Stand doesn't seem to have happened at all. If Jean didn't sacrifice herself at the end of X2, she never would have returned as the Phoenix, and never would have killed Scott in the naffest of offscreen fashions. Why, then, is Marie able to touch Iceman without her energy draining powers affecting him? Perhaps the mutant 'cure' was still developed, but with a different chain of events in the absence of the Phoenix. Alternatively, perhaps with Hank McCoy present, Marie has been able to use some kind of therapy to suppress or control her powers. 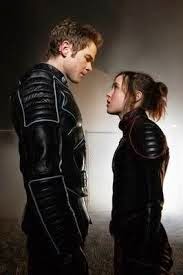 How is Shadowcat able to transport someone's consciousness through time? Again, just one line to explain that she'd developed a secondary mutation, or trained herself to phase through time as well as space would have done. And is she really sitting there, with no food, sleep or bathroom breaks, holding Logan's mind in place the whole entire time? Because if time runs in parallel in both timezones, she's been squatting there for days.


Did any of Origins: Wolverine actually happen? Aside from the fact that the previous films have now been shoved into an alternative timeline, it seems as though the widely hated X-Men Origins: Wolverine has already been retconned out of existence. That movie suggests that Logan spent most of the twentieth century hanging out with Sabretooth, and that they were both present during the conflict in Viet Nam, none of which meshes with Wolverine's presence in America in 1973 here. That said, it's not as if the version of Sabretooth we meet in Origins: Wolverine has much in common with the virtual mute we met way back in the first ­X-Men film in 2000, so disregarding Origins isn't necessarily a bad idea.


What's going on with Mystique? The retcon I found hardest to swallow in First Class was learning that Raven spent her childhood as Xavier's adopted sister, before joining Magneto and becoming Mystique. This was all excellently done, but nonetheless clashed somewhat with the initial X-Men trilogy, in which neither party showed any affection or emotional engagement with one another. DOFP at least managed to link the two versions of Mystique, although it raises further questions. What happened to Mystique in the original timeline, if she was captured by Trask and used to develop the Sentinels' shifting abilities? Did Magneto break her out? Considering that The Last Stand doesn't seem to have occurred in the new timeline, I think it's safe to assume that she still has her powers, so it's feasible she's till out there, but we don't know on whose side. 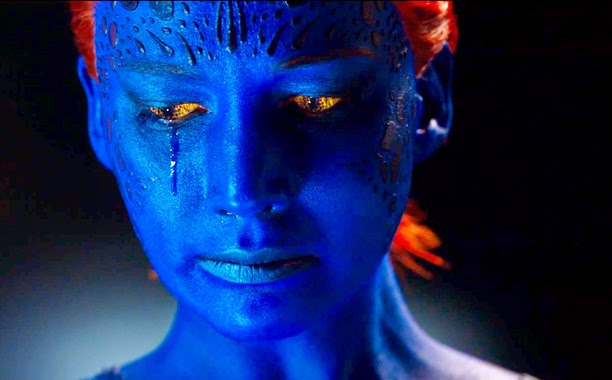 As a related aside, in the comics, Mystique and Azazel were revealed to be Nightcrawler's parents. Now, that's not necessarily true of the movie-verse, but if it is, Nightcrawler will have to have been born by 1973, considering that Azazel is dead and Mystique certainly does not appear to be pregnant. That's not a problem; Mystique clearly ages slowly, just as in the comics, so it's feasible Nightcrawler does too. Nightcrawler is expected to appear in X-Men: Apocalypse, so perhaps we'll learn something more then. 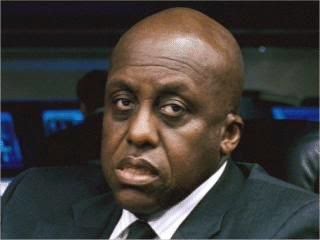 Why are there two Bolivar Trasks? And, for that matter, two Emma Frosts, two Moira McTaggarts and possibly two Toads? Well, the two Trasks aren't really a problem. Bill Dukes's character in The Last Stand was clearly based on the comic's Bolivar Trask, but never got a name beyond Secretary Trask and had little impact anyway. So he's just another guy with the same surname (and props for the blind casting – an African American man and a caucasian dwarf both getting the role instead of yet another tall white guy). The two Origins: Wolverine is only ever referred to as Emma, and is the sister of Kayla Silverfox. So I guess she just happens to have the same crystalline powers as Emma Frost, and the same first name. (Again, if Origins even counts.) The two Moiras is another oddity, one being a briefly seen Scottish medical doctor at the end of The Last Stand, and the other an American secret agent and Xavier's love interest in First Class. Clearly they can't be the same person, although I suppose it's feasible that they are related – maybe the Last Stand Moira is the First Class Moira's daughter or something. The two Toads might be the same character, although the green-skinned, leaping version from the first X-Men film and the warty, goggle-wearing version from Days of Future Past seem quite different.
Emmas are a bigger problem, although again, they could just be two people with the same name. The Emma we meet in


Why does Wolverine have metal claws in Days of Future Past, and does he have them in the new timeline? A big cock-up, this one, considering that The Wolverine only came out last year and is fresh in people's memories. In the climactic (well, climactic-ish) battle in that film, the Silver Samurai lopped off Wolverine's adamantium claws with a hot adamantium blade. He soon grew back bone claws, but there's no way, surely, for his adamantium to grow back. So why does he have metal claws in the future scenes of DOFP? The most likely explanation is that Magneto used his powers to manipulate the metal in Logan's body, but again, just a quick explanation would have sufficed to end this mystery. On a related note, does Wolverine have an adamantium skeleton in this new reality? Considering that in the last scene of DOFP, he is dragged off not by Stryker, but Mystique disguised as Stryker, it's questionable that he goes through the Weapon-X treatment in this timeline. 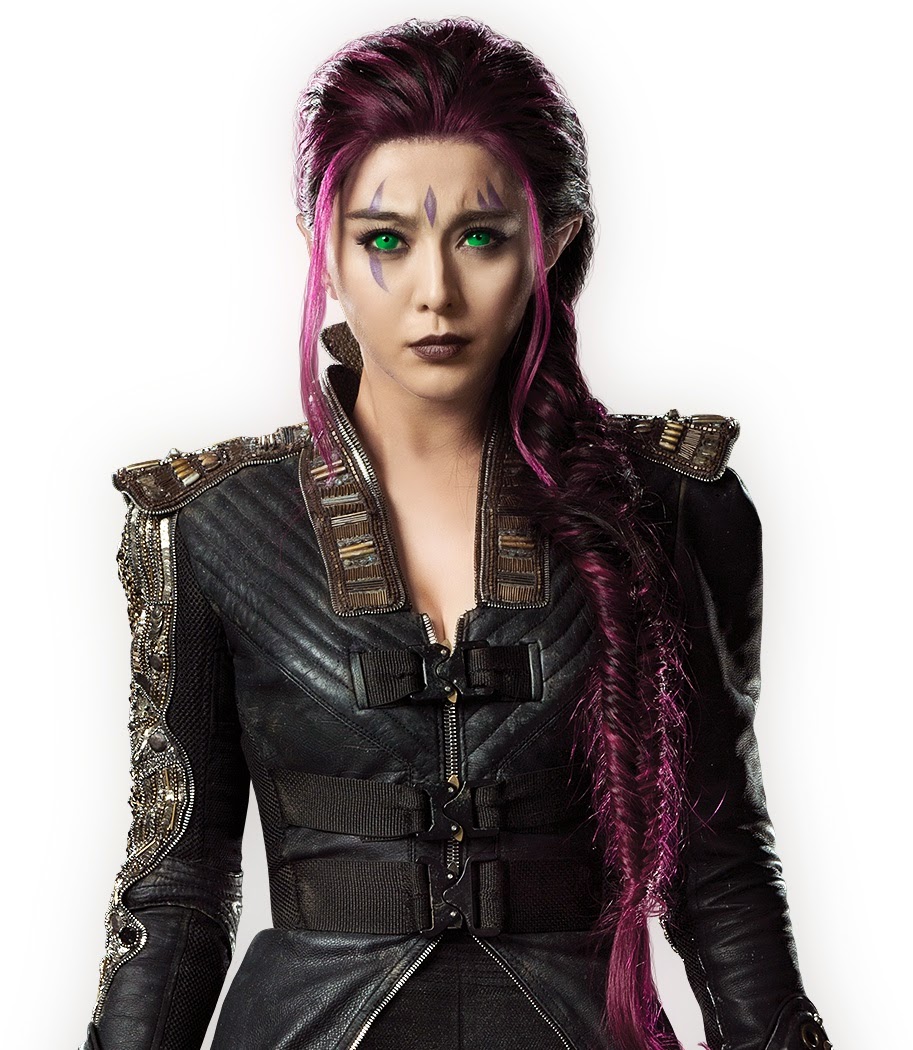 What happened to (insert mutant name here)? Well, Mystique's look at the files tells us that Azazel, Emma Frost and Angel Salvadore from First Class have all been killed and dissected. One of Angel's wings also turns up on display. Havok is alive and well, serving in Nam, but we don't know what happened to Banshee. As for later characters, Nightcrawler was going to turn up in the future scenes at one point, but was cut at an early stage because of the overload of characters. Rogue's future scenes were actually filmed, but cut, leaving only her alternative future cameo. Yukio, Logan's 'bodyguard' from The Wolverine, was already absent by that film's “two years later” post-credits scene, so her whereabouts are a complete mystery. Her precognitive skills might have come in handy in avoiding the Sentinels, though. Angel (Warren Worthington, not Salvadore) is a notable absentee, since The Last Stand seemed to be setting him up for joining the team. Perhaps he'll appear in the sequel, seeing that he was a major part of the Apocalypse storyline in the comics. According to the tie-in site, '25 Moments,' Angel was killed in 2011 in the Sentinel timeline. No news on Pyro, Magneto's volatile protegé from X2 and The Last Stand. Gambit does not appear, but we know he's alive in the altered timeline since he's set to appear in future films. The status of Blink, Bishop, Sunspot and Warpath in the new timeline is unknown, but BingBing Fan (Blink) has revealed she's signed up for further films. 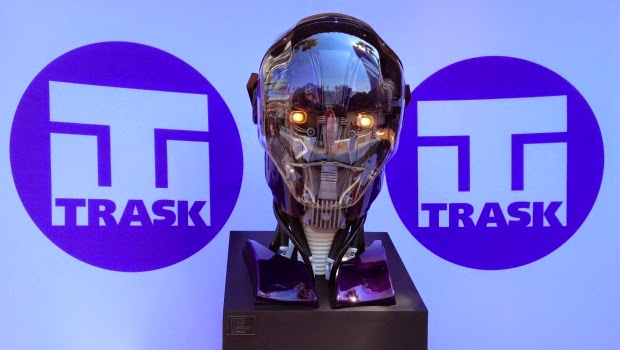 What happened in the original timeline, before Logan changed everything? The sequence of events seen in Days of Future Past makes the original timeline hard to work. Magneto is imprisoned for ten years following the assassination of Kennedy in November 1963, until Logan, Xavier and Quicksilver break him out. How did he escape in the original timeline? It's tempting to imagine Mystique had something to do with it, but she's busy trying to kill Trask at this point. The development of the Sentinels is also confusing. Trask is ready to demonstrate his mark-one killer robots as early as 1973. The failed assassination attempt allowed him to push the programme forward on panic value, but even so, the development in the original timeline was slow. It's easy to accept that the shapeshifting Sentinels took a long time to develop, even with Mystique's tissue samples to hand, but why were there no simpler Sentinels sent in to quell the mutant uprising in The Last Stand? They'd have evened the odds at least.

Where does the X-Men universe go from here? Well, it's X-Men: Apocalypse next. The post-credits scene shows En Sabah Nur, latterly Apocalypse, basking in the worship of his followers, while he psychokinetically assembles the pyramids, as the Four Horsemen look on. Apocalypse is going to be set in the eighties, although there are apparently going to be at least cameos from some of the older generation X-Men. This new timeline can unravel in unforeseen ways – although we've seen a happy, shiny future for the Xavier school, we know time is in flux and can be altered. Presumably, Cable could well be involved, stepping back from even further in time. Has the change to history somehow allowed Apocalypse to rise to power in the twentieth century? (Perhaps the Sentinels would have killed him originally? Seems dubious, but not impossible.) And will Mr. Sinister be in it? And if not, why not?
Posted by Daniel Tessier at 23:31