There have been some very interesting fan productions coming out lately. I've taken a look at two of the most interesting, plus caught up with some news about upcoming productions.

There aren't all that many Predator fan films, presumably because making a Predator costume is bloody expensive. Those that do exist are often very impressive, with high production values and fine performances. Predator: Dark Ages is a perfect example of this, a much-anticipated film written and directed by James Bushe.

Unlike most stories featuring the Predator, this is a period piece, set during the time of the Crusades, a period that's especially topical right now considering the poor relations between the Christian and Muslim communities. The story features a group of Knights Templar, led by Adrien Bouchet, are forced into an uncomfortable alliance with a Saracen, played by Amed Hashimi, to hunt down the "demon" that is already hunting them. The core cast, which includes Sabine Crossen as a formidable female warrior, Ben Loyd-Holmes, Jon Campling and Joe Egan, are all impressive, and the Predator, played by Philip Lane, looks fantastic. Running in at a little under half an hour, the story is necessarily simple, but plenty of incident is packed into that time. It's effectively directed and just gory enough to make the Predator a serious threat. I enjoyed the nuanced relationship between the two leads - both flawed men from opposing walks of life, who slowly learn to trust each other in face of a greater threat.

This is the fourth episode of the fan series Star Trek Continues, which carries on the adventures of Kirk and the crew of the Enterprise beyond the final episode of the original series and into the fifth and final year of the legendary Five Year Mission.

The first thing you're confronted with when streaming "The White Iris" is Doctor Who's Colin Baker, as subtle and low-key as ever, in multicoloured robes and a blue goatee. This unexpected clashing of two great fandoms sets the scene for a fun if melodramatic fifty minutes in which Captain Kirk (Vic Mignona) is injured and confronts the ghosts of his past, as various deceased past loves come to haunt him. Star Trek Continues is fan-pleasing comfort food, and this episode is an excuse to sit Kirk down and examine both his commander's guilt and his womanising ways. While I'd really like to see something a bit more solid and original from the team, it's effectively done and it's interesting to watch the good captain grow into the more emotionally mature individual we saw in the movies. It looks as spectacular as ever, far better than even Paramount's remastered episodes of the original series.

Mignona, who also co-writes the series, is really becoming quite excellent as Kirk, while Chuck Huber's take on McCoy is really coming into its own. Colin Baker plays Amphidemus, the leader of an alien planet set to join the Federation, and he certainly seems to be enjoying himself. Gabriela Fresquez looks spot-on in her brief role as Rayna Kapec. There are some nice nods to the past future of the series, with both a primitive holodeck made good use of, and Marina Sirtis providing the computer voice. Watch it here.

In other Trekkie news, Star Trek: New Voyages is pushing ahead with its 2015 Kickstarter campaign, and has already hit its original target and is now looking at various stretch goals. Meanwhile, a long-gestating fan project, Star Trek Beyond, has been forced to change its name due to clashing with the upcoming thirteenth movie; however, Paramount have invited creator Michael Gummelt to pitch for a new TV series, which is fantastic news. Star Trek Uncharted is a better name anyway. 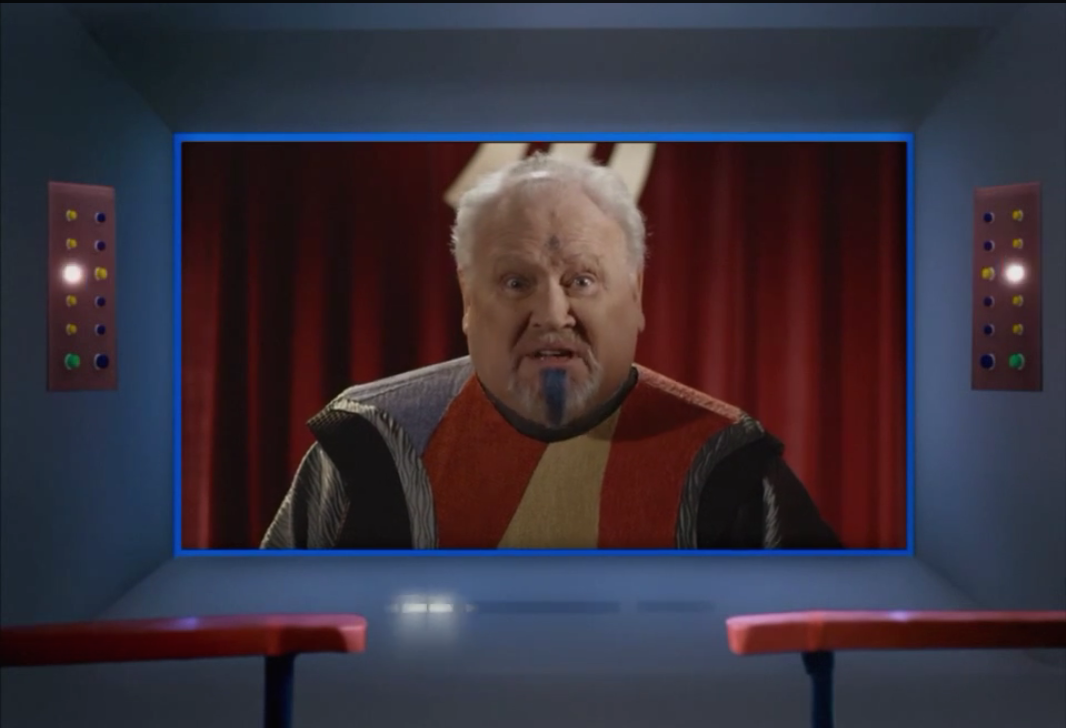