Every episode of Doctor Who seems to start a debate among fans and commenters, and this week's is no exception. Aside from the central debate around which the episode is built, there is another that has, once again, become a focus: is Doctor Who science fiction?


The only answer I've ever been satisfied with is “sometimes.” Some stories are out-and-out fantasy, others sway much more heavily towards real science. It's never going to be pure, hard sci-fi, seeing that it revolves around an immortal alien in a magical time-travelling box, but some stories take a more realistic approach to exploring the universe than others. The important thing is not whether the series as a whole sticks to one approach – variety being the series' greatest strength – but whether an individual story can remain focussed. Changing the rules halfway through an episode will destroy a story. Kill the Moon, however, doesn't change the rules. While the halfway point of the episode marks a major change in direction for the story, it remains a fantastical piece of space romance. For all its realistic aesthetic trappings, this is fantastical Who through and through. 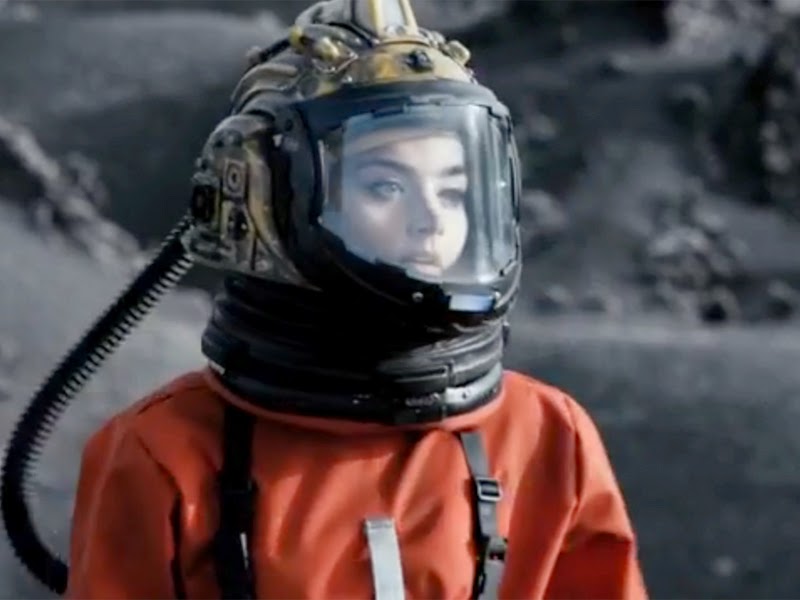 Setting the episode on the Moon allows production team to show off what they can do. On one thing no one can disagree: this is a beautiful episode. Filming in Lanzarote was the perfect move, its craggy terrain so moonlike that even without the colour grading one could be fooled into thinking they'd filmed on another world. Filming in a real location and altering it in post-production gives the episode a verisimilitude and a realism that a soundstage or a green screen background would never allow. Look up at the Moon tonight, and you can imagine that this is what it looks like up there. The realism of the locations filming, and the believability of the sets, give the impression that this week we're watching hard sci-fi. The future of 2049, so close to our own time, is beautifully sketched in. A future in which mankind has given up on space travel is very believable (and also, possibly, just about compatible with the Troughton-era 21st century of The Seeds of Death, where all space travel was relegated to museums) with little asides such as the sublime “my gran used to post things on Tumblr” wonderfully giving the feel of a world just years into our own future. 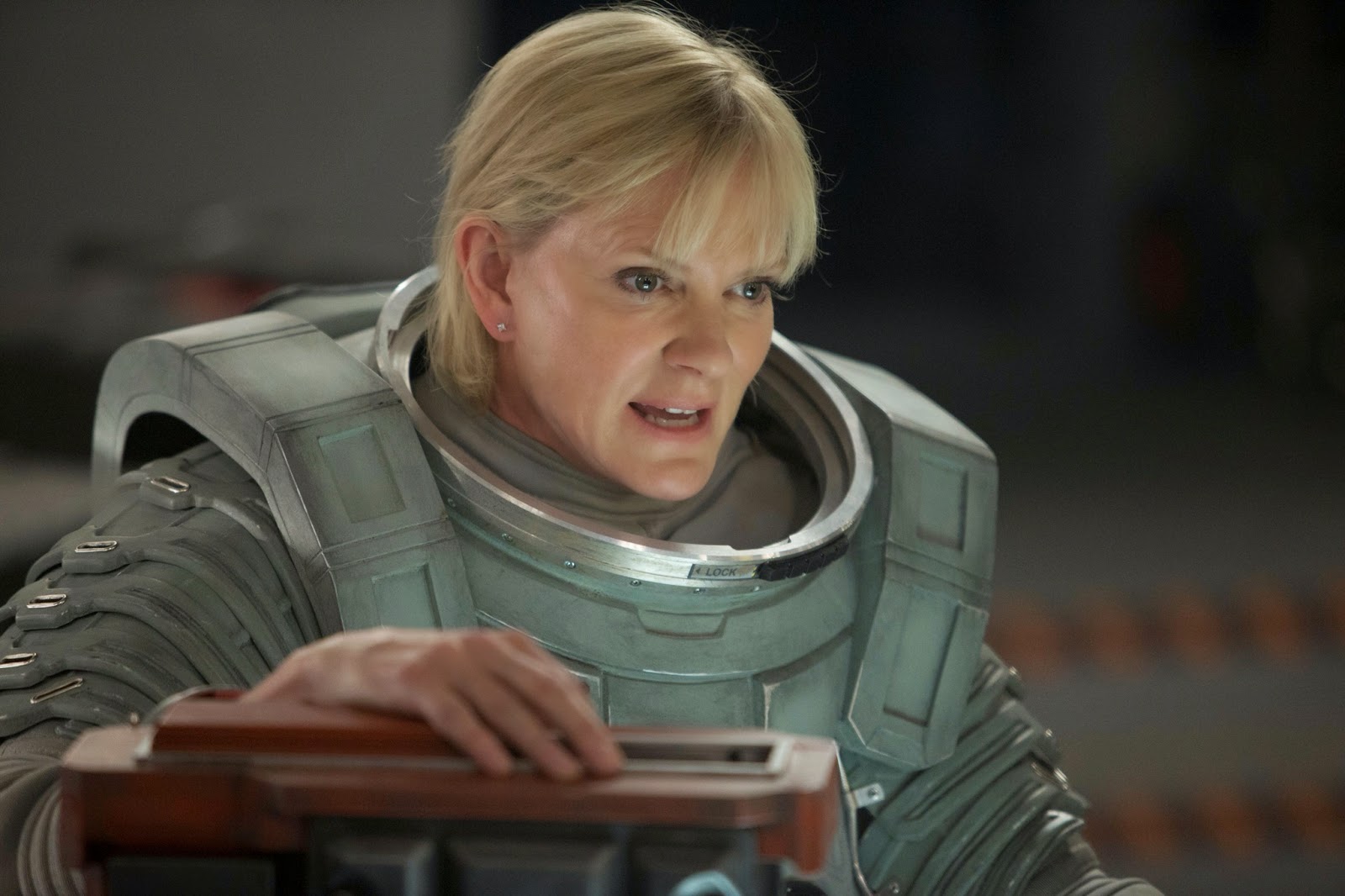 Comparisons with the highly regarded episode The Waters of Mars (already almost five years old) are inevitable. Both episodes see a mission to a barely explored world in our solar system jeopardised by unexpected extraterrestrial infestation. With The Waters of Mars, though, this was the structure of the whole episode, leading up to its central dilemma, whereas Kill the Moon uses its dark crannies filled with spider-bacteria merely to up the immediate threat before discarding them as mere side-effects of the real problem. Both episodes pit the Doctor against a strong female mission leader, and Hermione Norris as Hendrik is easily the equal of Lindsay Duncan's Captain Brooke. Her two “third-hand” astronauts, Duke and Henry, receive pretty short shrift, being there mostly to make her look better before getting eaten by spiders, but that does leave us with the most female-oriented team in a long while, something that can only be a good thing. Indeed, Hendrik, as someone awed by the beauty of the universe but willing to do something terrible to save her world, is one of the best-written characters in recent Who, and I'd be very happy to see her in a future episode.


For all the sci-fi trappings, there's not much here that makes sense once upon even brief examination. The Moon increasing in mass leading to an increase in gravity allows the cast to walk around without gooning about with low-gravity lunar hopping, and would indeed cause terrible effects on Earth. But where does the extra mass come from all of a sudden? What are Hendrik and crew planning to do with the vast payload of nuclear weapons? Blowing up the Moon is hardly going to help, unless they want chunks of it to rain down on the Earth. The spiders are incredibly well realised, truly horrible little creatures, kept in the shadows until they need to pounce and scare the bejesus out of the audience. I like spiders, but they certainly gave me the creeps. Still, the rationalisation of them as gigantic bacteria is no more scientifically plausible than if they'd been revealed to be bogeyman babies. This is paper-thin pseudoscience, so once the Moon is revealed to be an egg for a space-bat-moth-dragon-thing, it's not such a turn for the fantastic as it might have otherwise seemed.


There are hints throughout that the Moon is something other than it appears, from the almost unremarked-upon cobwebs to the fact that the lost Mexican expedition found no minerals there at all. (This one is rather hard to accept, given that we, in the present day, have already brought back mineral samples from the Moon.) Shortly after this, the Doctor comes to the sudden conclusion that the liquid he finds on the surface is amniotic fluid, and goes spelunking to check his hypothesis. Nonetheless, his sudden, almost embarrassed statement that the Moon is an egg seems completely out of the blue. A sudden switch is thrown, and the episode ceases to be about a mysterious problem with the Moon and becomes about a fantastic dilemma.


The episode teases with becoming a pro-choice/pro-life debate, focussing on the “it's just a baby” angle, and it is absolutely right that the three humans making the decision are all women, with different levels of maturity driving their judgment. Placing fifteen-year-old Courtney – probably the character most likely to face this decision in her immediate future – firmly on the side of the rights of the unborn creature is an interesting decision. The episode makes its stance very clear – killing the baby creature is a terrible thing to do – but accepts that sometimes, people have to do unpleasant, unwanted things. It does, however, bring the audience into the equation, actively asking us to make our vote in the decision. Clara speaks to everyone on Earth (or at least in Europe), telling them to switch their lights on or off to show their opinion. That the episode opens with this in a flash-forward is vital, making the following forty-five minutes all about the us the viewers making our judgment. It's inextricably linked to its time of broadcast in a way that no other episode has been, first showing on British TV sets on a dark autumn's night when the Moon was bright in the sky. 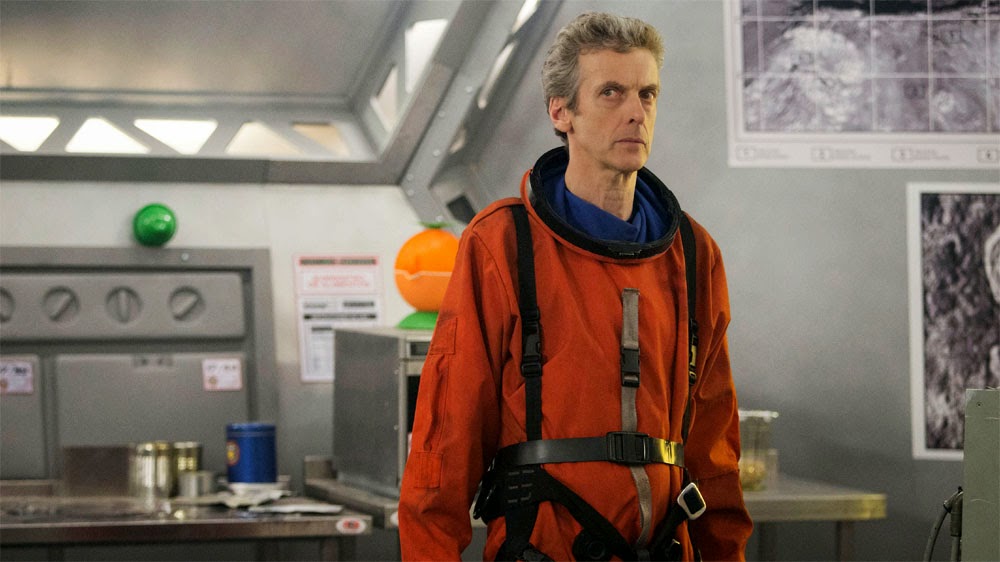 There is, however, a huge, fundamental problem with this dilemma, and that's there actually isn't one. The Doctor, with his vast knowledge, is clearly aware that the Earth is safe from the hatching of the Moon. If he wasn't, he wouldn't zip back at the end. He even drops the truth, about the Moon beyond this point: “Maybe it's a completely different moon.” The three humans only know what the Doctor tells them, and what the Doctor tells them is that the hatching Moon is a terrible threat. The Doctor says that a hatchling never destroys the nest (again, not true), and is completely confident that the Earth is safe. From the point of view of the humans, the Earth is in terrible peril. Lundvik is far more likely to be right when she theorises that the Moon-creature is an exoparasite instead of a pretty space-dragon. Even if not, an Earth with no Moon would be in as much turmoil as one with a Moon increasing in mass. Morally, Lundvik is completely right. The life of one creature, no matter how young and how large and how unique, cannot outweigh the lives of every single living thing on Earth. Not just all of humanity, but every single animal, plant and microorganism is facing potential extinction because of this one newborn life. God, I hope some people watching turned off their lights.


Nonetheless, it's academic, for the dilemma is completely false. Artificial issues in sf are nothing new, but to work, they need to hold together within the fiction of the story. Clara is quite right when she points out that we don't know if it will hurt the Earth or leave it alone, but the Doctor does. The entire dilemma, dramatic and tense as it is, is manufactured by the Doctor just to see what his friend decides to do. No wonder Clara wants to slap the Doctor, putting her through that for no reason. Ultimately, however, the episode works, because it confronts this. The spectacular scene between the Doctor and Clara, absolutely owned by Jenna Coleman while Capaldi quietly faces the anger, saves the episode, calling the Doctor to task for his arrogance and emotional manipulation. It's followed by a beautiful scene between Clara and Danny, putting her anger against the Doctor into context. We know the Doctor will be back in Clara's life, but it seems that their days together are most certainly numbered. It also shows, just like last week's episode, that both Coleman and Samuel Anderson are truly fine actors when given strong enough material to work with. 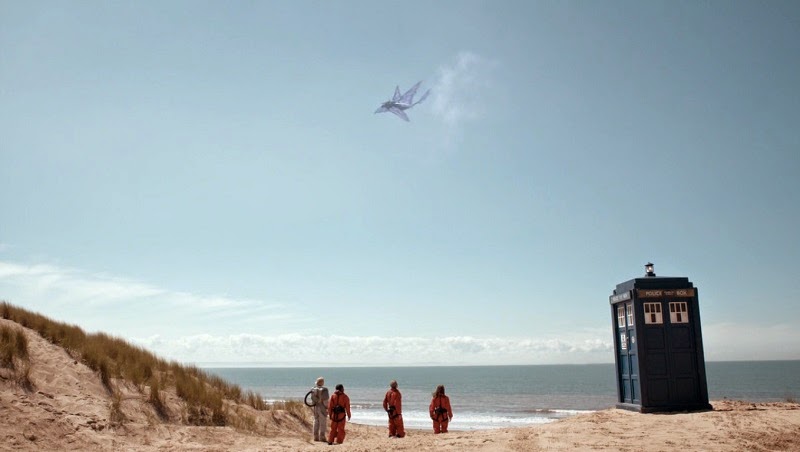 This is a shame, because Clara has come into her own as a character this year, Coleman and Capaldi sharing a wonderful chemistry. The Smith/Coleman interaction worked reasonably well, but they were too similar, both as characters and performers. The twelfth Doctor works better with Clara precisely because of his arrogance and occasional cruelty, giving the ordinary young woman a dangerous figure to square up to. And Capaldi really is fantastic in this episode, taking what could easily have become ridiculous sequences and raising them to his level. His evocative speech concerning “grey areas” in time, far more eloquent than any of the previous Doctors' blather about fixed points and “timey-wimeyness,” is matched only by his rapturous performance on the beach, rejoicing at the grand future he can see unrolling from that moment. It's a performance that saves the episode at potentially its weakest point, for it's here that credulity is pushed to breaking point. For while this is fantasy dressed as science fiction, the moment when the Moon-creature, having hatched from an egg, lays another, equally-sized egg despite the logical incompatability of body-sized, while only Courtney is looking... well, that's the moment that suspension of disbelief becomes difficult. That's Kill the Moon all over: a very silly episode made and performed with complete conviction and seriousness. It's the sort of gloriously absurd story that only Doctor Who can sell.


Links: The Doctor previously used a yo-yo to measure gravity in his fourth incarnation, starting with The Ark in Space. The arrival of the Moon one hundred million years previously, while at odds with current scientific consensus, was stated previously to be the reason the Silurians went into hibernation. Courtney is supposedly set to become the President of America, possibly even the current President at the time the Moon crisis is happening, which would involve a change in the Constitution. The Doctor also claims she's going meet some bloke called Blinovitch – presumably the same bloke for whom the Blinovitch Limitation Effect is named. The Doctor says, “When I say 'run,' run!” - just like in his second life.


Threads: He's ditched the speckly jumper for a spotty shirt, but most of the time the time-travellers are decked out in the now recognisable orange spacesuits.


Best line: “No being sick and no hanky-panky!”