Trev and Simon and Ace! 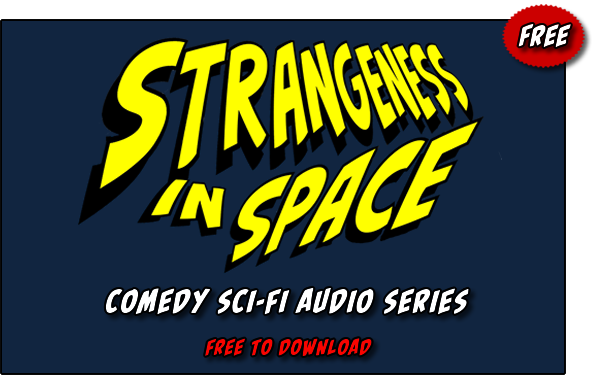 There's a new thing happening! Clare Eden, the executive producer of the excellent audio series The Minister of Chance has begun work on a brand new science fiction audio extravanganza!

Were you a child in Britain in the late eighties and early nineties? In that case, you'll remember the superlatively silly Trev and Simon, who caused mild anarchy on the Saturday morning kids' shows Going Live! and Live and Kicking. Also in the late eighties, Sophie Aldred was appearing on Doctor Who, as Ace, companion to the seventh Doctor, Sylvester McCoy. Now a fixture of children's television, Sophie continues to play Ace on audio for Big Finish, and appeared in Death Comes to Time, the webcast that introduced the Minister of Chance.

(There are mysterious links between them through the world of children's entertainment. Sophie lends her voice to Tree Fu Tom along with tenth Doctor, David Tennant, who appeared in Doctor Who alongside John Barrowman as Captain Jack. Barrowman was one of the presenters of Live and Kicking in the nineties, putting up with Trev and Simon.)

Strangeness in Space is set to be a free-to-stream podcast for children, a sci-fi comedy set in orbit of the planet Mirth. Clare, Sophie, Trev and Simon are now looking for donations to make their creation on Kickstarter. There are perks available from pocket money level (£4) all the way up to executive producership (£1500). So if you want to indoctrinate you children into the silliness of your youth, this is the way to go.

To the footur! Swing you pants!
Posted by Daniel Tessier at 12:41