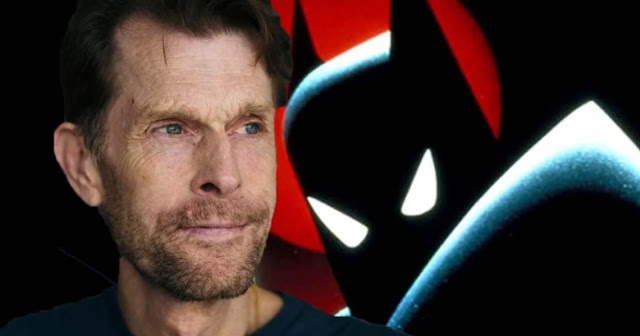 This is hardly the only piece you're going to read about Kevin Conroy this week.

The actor died on 10th November from a short, intense battle with cancer, aged only 66, and in the couple of days since the news broke, tributes to him have flooded the internet. Conroy was one of those rare performers who seemed universally admired, and it seems that no one has a bad word to say about him. Fellow performers, notably Mark Hamill (the Joker to his Batman) and other noted voice actors such as Tara Strong and Matthew Mercer, industry creatives such as James Gunn (new DC screen head honcho) and Paul Dini (the creator of Batman: The Animated Series) have been outspoken in their admiration. But it's the outpouring of love from the fans that says it all.

Conroy wasn't just Batman, of course. He appeared in front of the camera in shows ranging from Cheers to Kennedy, and in voice roles as various characters across his career, his last work being on the revived Masters of the Universe. None of these roles, however, will ever come close to being as fondly remembered as his time as Bruce Wayne.

I was six when Batman: The Animated Series began, exactly the right age for the seminal series. It is rightly regarded as one of the greatest animated series of all time, and certainly the greatest superhero cartoon. Heavily influenced by the dark fairytales of the Tim Burton films and the almost art deco style of the Fleischer Superman cartoons of the 1940s, Batman: TAS had a haunting, timeless art and music style that immediately captured the imagination. Combined with remarkably mature but accessible writing and some truly great voice performances, Batman: TAS is the definitive version of Batman for a generation.

This was, in no small part, down to Conroy's note perfect performance in the lead role. His gravelly voice was reassuring as Bruce-about-town, commanding as Bruce when on-mission, and powerful as Batman when facing his enemies. He gave the role a subtlety that many actors would not have bothered with for a children's series. Such was his acclaim and popularity in the role that he continued to be the primary voice for animated Batman productions and video games almost through to his death, from the follow-ups Superman: The Animated Series and The New Batman Adventures, the elder Bruce Wayne in Batman Beyond, cinematic and home video movies from the great Mask of the Phantasm to the dark, adult-oriented The Killing Joke, and the acclaimed Arkham Asylum game series. There have been other great Batman voice actors, but none have ever really approached Conroy's stature. It was beyond time when he finally got to play the character in live action, portraying the elderly Bruce of Earth-99 on Batwoman as part of 2019's Crisis on Infinite Earths event.

It's no accident that when James and Scott created their World's Greatest Detective audio series it was hugely influenced by Batman: TAS, with Terry Cooper often sounding uncannily like Conroy in his performance as Batman.

Conroy came out as gay in 2016, after facing years of hostility within the industry in his early career. He wrote the comic story “Finding Batman,” an acclaimed piece in which he explored his own years behind a metaphorical mask, in this year's DC Pride Anthology. DC have made the strip available for free on their website (you'll need to sign up for a free account to read it).

It may seem odd to take to heart the loss of an actor whose face I hadn't even seen until a few years ago, but to me and many others of my generation, Conroy was Batman, the most iconic incarnation of the most iconic superhero.

Posted by Daniel Tessier at 16:19 No comments: