Doctor Who Series 7 trailer now up


Exciting stuff! Ben Browder as a cowboy Borg! (A cowborg?) Mark Williams, no doubt being wonderful as usual -smart money is that he's playing Rory's dad. David Bradley being old and grim and a bit scary. A Dalek in the snow! Great big robots - lovely stuff.
Posted by Daniel Tessier at 15:05 No comments:

Who Review: Shada by Gareth Roberts and Douglas Adams 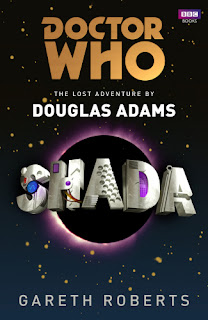 Read more »
Posted by Daniel Tessier at 16:54 No comments:

I will show you how a Time Lord dies

Sorry for the tease last night, but we Minister of Chance fans like to be mysterious. Check out the new teaser trailer from Radio Static. Share it with your friends, and help drum up support for episode three!
Posted by Daniel Tessier at 23:24 No comments:

Email ThisBlogThis!Share to TwitterShare to FacebookShare to Pinterest
Labels: Minister of Chance

I will show you how a Time Lord dies 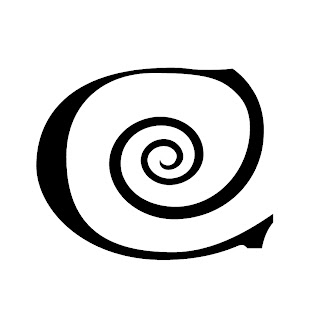 Posted by Daniel Tessier at 23:18 No comments:

Email ThisBlogThis!Share to TwitterShare to FacebookShare to Pinterest
Labels: Minister of Chance 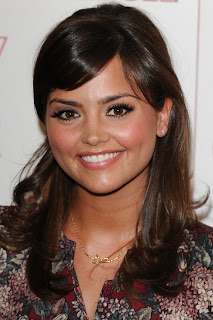 In any case I shall watch the Who news with interest.
Posted by Daniel Tessier at 11:58 No comments:

This is usually a pretty flippant blog. I don't tend to get very political, beyond the occasional grumpy rant. I mostly write about fairly silly and inane things. Leisurely pursuits and diversions. But this is important.

Project Unbreakable is a unique initiative to help those who have been raped or have suffered sexual abuse. It is being funded using IndieGoGo. It's already surpassed its target funding, but a project like this deserves everything it can get.

If you can't donate, then please take the time to read a few of the posts. It won't be pleasant or comfortable reading, but it will be worthwhile. Maybe some of you reading will want to contribute yourselves. I am certain that some of you will understand what these people have gone through.

Posted by Daniel Tessier at 22:32 No comments: 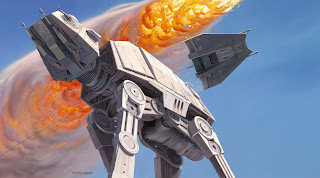 Saddened to read that Ralph McQuarrie has died. A great artist, he made a huge contribution to the look and feel of so many classic science fiction movies. Most famously, he was the chief production illustrator on Star Wars, but he also worked on a number of other productions, such as Coccoon, *batteries not included and Close Encounters of the Third Kind. That elaborate illustration of the Ark of the Covenant in Raiders of the Lost Ark? That was McQuarrie. You can see a great deal of his designs and illustrations on his website, albeit as some pretty tiny image files. There's some bigger files of his Star Wars work here. I've always thought of him as a spaceships and vistas sort of artist, but he did a lot of work on aliens and creatures too. Learnt from his website that he did some designs for ET. I personally can't stand ET, but it's still interesting to see the possible alternative designs for the little weirdie. 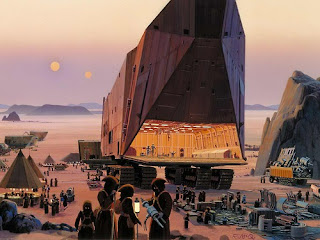 (As a trivial aside: as noted on the gallery page, ET was described as being 'three million light years from home,' on the initial poster campaign. Now, many years later, The Phantom Menace showed an impressive Galactic Senate scene with all sorts of alien species, including delegates from ET's people. Now, they were loads of in-jokes in the film, but these guys were clearly visible. Most fans seem happy with the idea that ET originated in the Star Wars Galaxy. Which means that galaxy is 3 Mly away. Maps of the Star Wars Galaxy show that it's a spiral galaxy like our own, and it's usually described as being of similar size (i.e about 100,000 ly across). Now, the best match to those estimates is M33, the Triangulum Galaxy, which is around 2.5 to 3.0 Mly away (depending which side you're measuring from). It's a bit smaller, probably only around 50,000 ly, but it's still a better match than M31 in Andromeda, the only other possible candidate, which is much larger and also closer. So, the Star Wars Galaxy is M33. I reckon.)

So, McQuarrie is something of a legend. They even made an action figure of him. Plus, he worked on Star Trek, which makes me love him even more, although it's a shame little of his work ever made much of an impact on what reached the screen. A StarWars-y Enterprise would have been cool.

On the subject of Star Trek art, check out this gallery. Loads of behind the scenes images from classic Trek thanks to the 'birdofthegalaxy.' Be assured that some of these will show up in future CAPTAIN'S BLOGS.
Posted by Daniel Tessier at 13:26 No comments: 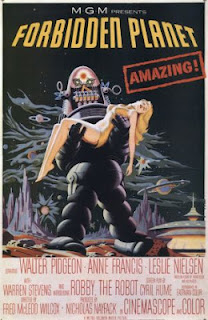