Those reading my reviews over the months and years may have noticed that I tend to notice the costumes characters wear in my favourite shows and movies, and focus on them an inordinate amount. It happens in my fiction, as well. It's probably down to my gayer side coming through. Anyway, there are some new behind-the-scenes shots from both Star Trek and Doctor Who doing the rounds, and while some are getting excited about casting details (Anjini Azhar really is the cutest little thing), I'm more interested in the outfits.

First off, the Trek boys are sporting a new variation on the occasionally seen grey uniforms from the first movie: 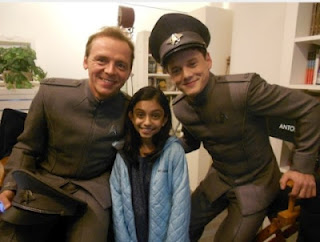 And they have hats! I want a Starfleet hat!

Also, new shots from the latest work on Doctor Who's seventh series have surfaced. They're from Jenna-Louise Coleman's first episode to be recorded (so not the Christmas special, which will be recorded later). While J-L C is looking pretty hot in a modern ensemble, the Doctor has stepped back to his classic frock coat and waistcoat look, with optional bowtie still available. I do love a Doctor in a frock coat. 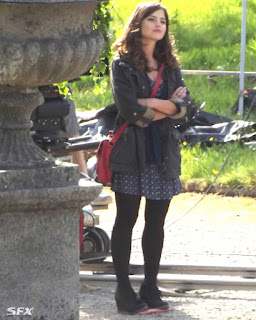 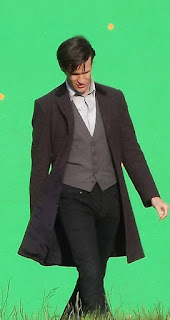 There are lots more pictures at SFX and TrekMovie.
﻿