Today marks ten years since Doctor Who returned to BBC1, with the episode Rose. It's actually a touch over ten years since I saw it – no, I didn't download the leaked rough copy, I got a sneaky peek at the BBC. A few days makes no odds though. It's ten years! Only in Doctor Who does the tenth anniversary follow the fiftieth. I do remember that first viewing well. A mere stripling of twenty-one, taking the day off work specifically to go watch Doctor Who in London, with Dave Pound, who had bravely kept the flame alive, performing a Davros impression on Channel 4 a couple of years previously. There was a gent dressed as Sylvester McCoy there (“My Jon Pertwee outfit is at the cleaners,”) as well as a reassuring number of children. Indoctrination, I guess. Of course, Clayton Hickman, then editor of Doctor Who Magazine, and Tom Spilsbury, his deputy and successor, were there as the organisers of the opportunity. The atmosphere was one of palpable excitement. What new fans don't often realise is just how good it was to have Doctor Who back on the telly where it belongs. It was perhaps even more exciting for a relative newbie like me. Doctor Who had never been a fixture of the schedules for me. I'm of the lost generation, growing up in the wilderness, with only the TV Movie and occasional repeats to live on. This was Doctor Who, back in its natural habitat: Saturday teatimes on BBC1. 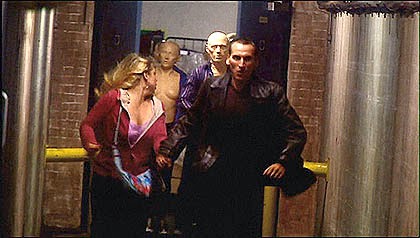 The first thing that we remarked upon, coming out of the showing, was just how fast-paced it all was. Watching hours of seventies telly settles you into a gentler pace of television, but even so, this was rapid by 2005 standards. What would once have been a leisurely four-parter was squeezed into forty-three minutes of frenetic action and humour. That's not to say there weren't slower moments, but they were pauses in the momentum in order to catch our breath. It seemed over almost as soon as it started, and I felt desperate for some more. What stuck out, on that first viewing, was the casual modernity of it all. Again, this is a consequence of being a fan of the old serials; Doctor Who felt like something of the past, and this had just changed. The Doctor was cheeky, angry, soulful, and very northern, swaggering about in a leather jacket and boots. He didn't look like the Doctor, he didn't sound like the Doctor; but as he faced the Nestene, gleefully ran from explosions and looked Rose in the eye while he waxed poetic on the turn of the Earth, he was the Doctor. 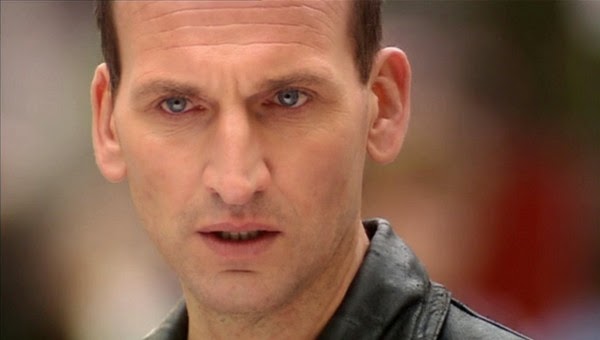 Rose, too, was a revelation. It's not true to say that she was the first strong or capable companion, nor that she was the first to be the focus of the story. However, Rose came across as a real person in a way that very few, if any, of the classic series companions did. She was believably common, everyday, confident even as she was almost overwhelmed by the bizarre universe she walked into. And she almost casually saved the Doctor from the Nestene, citing her school gymnastics medal. What I loved about that was that she got the bronze, not the gold. It's those little asides that make Russell T's writing seem so real. Mickey, too, was far better than anyone gave him credit. Noel Clarke himself decried his performance in the first few episodes, but I actually think he's perfectly fine here, particularly as the weirdly stultified Auton Mickey. No less impressive is Camille Coduri, who made Jackie, a potentially irritating as hell character, completely endearing. The choice of the Autons as the opening monster was inspired. They're such a straightforward idea to get across – walking dummies animated by a plastic alien intelligence. There's a reason they worked so well both in 2005 back in the seventies; they inhabit the deepest part of the uncanny valley. My best friend Shelly was absolutely terrified of them. Updated, so that they looked a little more real, they were a straight-up recreation of the classic foes. 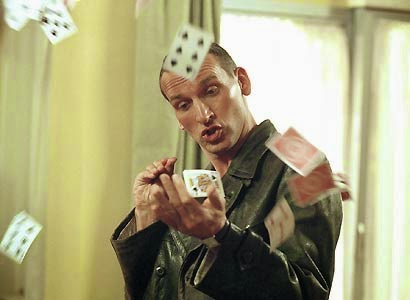 Watching Rose now is a strange experience. It seems both so recent and so long ago. What was, at the time, such an on-the-button update of a dated programme now seems terribly unsophisticated. However, that is, in its way, part of the appeal. More complex stories were to come later, with the likes of Dalek, The Empty Child and The Parting of the Ways. This was the easy way in; contemporary England, bold and saleable with landmarks aplenty, with an easily graspable alien facing recognisable characters. Then the trailer for next week's episode, The End of the World, displayed weird blue dwarfs and tree people and a giant head in a tank, and we realised that the weird shit was just round the corner. Over the years, Doctor Who has become more complex, more audacious and more surprising, but none of it could have been possible were it not for the success of this first series. Christopher Eccleston, with only three months in the role, is often unfairly overlooked by fans. He is treated by many as a warm up for Tennant's hugely successful incarnation. Billie Piper, who once seemed irreplaceable, is now such a part of the past that it was genuinely strange seeing her return for The Day of the Doctor. So this is how the older fans felt when they sat down and watched Rose, I guess. The newest series, existing only because of the triumphs of the past. There are die-hard Doctor Who fans who have never watched Eccleston's episodes, let alone anything earlier. But there are also young adults, the same age I was when I saw Rose, who were ten or eleven when it first aired. The perfect age to be introduced to Doctor Who. No idea that this was the twenty-seventh run of an ancient series. It was new and bizarre and gripping, and, belching bins, dodgy photoshop and questionable music choices aside, it entranced a new generation of fans.
Posted by Daniel Tessier at 14:34

Email ThisBlogThis!Share to TwitterShare to FacebookShare to Pinterest
Labels: Doctor Who, Doctor Who New Series, Doctor Who series 1, Ninth Doctor