This is another one I've no pictures of, and it's not like a google will help. Way back in 2006 I did a short spell of voluntary work in Tanzania. Staying on the edge of a village in Tendaguru, in the Arusha district of northern Tanzania, this was what people think of when they say "deepest Africa."

If you travel to one of these places on one of these programmes, you stay in a big complex with all the other volunteers and some staff who're generally from the local community. It brings a lot of money into the local economy, and one thing you'll always find is a bar, set up just outside the complex. There was one outside the place I stayed in Thailand when I volunteered there, and that was great fun, but Said's is the one I remember best.

Nothing but a shack with a one-man bar and some fridges run on a portable generator, some benches, chairs and tables, and a couple of holes in the ground behind some walls to act as toilets. It was the barest possible thing that could be called a pub, but it was a joy, and that was down to the people. Not just the other volunteers, mostly from the States but also from the UK, NZ and Australia, some of whom I'm lucky enough to still count as friends. But also the locals who'd drink there, some of them trying to sell us stuff but also happy to sit down and share a drink and a chat about life out there. And Said himself, a huge bloke with a great sense of humour who used to tell us a different story about his background every time we asked.

But no pictures from dark nights sat at those wobbly tables. So I'll have to represent Bar Said with a bottle of Tusker, our favourite African beer. Bia yangu, Nchi yangu! 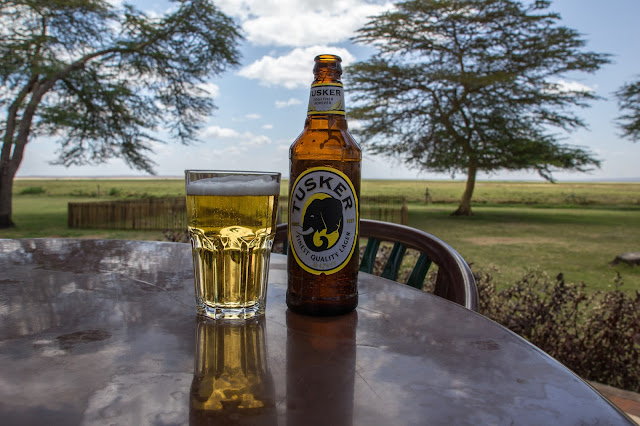