This is just one of those posts that covers a variety of things I've been into over the last few weeks. It won't get nearly as many hits as my Sherlock review, my most popular post by far. Is this due to my erudite comparison of the two modern iterations of the Sherlock Holmes archetype? Or is it because it shows up quickly on Google image searches for Lara Pulver as Irene Adler? I'm not sure, but I'm going to stick a picture of her in here as an experiment.

Since I last blogged, the web has been buzzing with speculation concerning Sherlock's miraculous return from death. Suffice to say, we've all got our own theories, but we'll have to wait till next year to find out. Think yourself lucky - back in 1893, when "The Final Problem" was published, readers had to wait ten years to find out that he'd even survived! These days, of course, everyone knows he makes an ingenious escape, so both The Reichenbach Fall and A Game of Shadows have Holmes falling to his death only to appear again before the end credits. The fun this time round is working out how. Having studied the previous work of Mr Moffat, I deduce that the Sherlock Holmes we saw fall was, in fact, nothing more than a Sherlock-shaped robot from the future, filled with tiny people. Nonetheless, we must wait patiently for the new adaptation of "The Adventure of the Empty House." Have you heard the story of "The Empty House?" Don't worry, there's nothing in it. 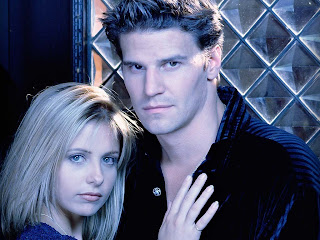 Back in 2011, my sister and I embarked on a televisual quest to watch the entirety of Buffy the Vampire Slayer and Angel. We got as far as the halfway mark of Angel's fifth and final season before we both got too busy to continue for a while, but this week found time for a three day viewing session and finished it off. I shall, in good time, write a list of my favourite episodes from each series, with brief reviews. On the whole, though, I think Angel, at its best, was better than Buffy. So hunt me down those who disagree. It was a great journey through the highs and lows of life in a supernatural world, watching as Buffy got ever skinnier and more uptight, Xander got beefier, Willow got sexier, seemingly ageless vampires got older, and, unxepectedly, Wesley became the coolest character in the entire franchise. Blimey, though, there were tears at the end. 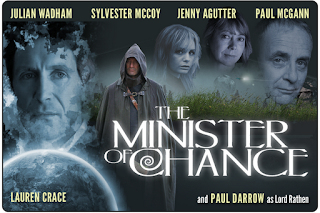 You may recall my earlier wibbling on about The Minister of Chance, and audio drama spin-off from Doctor Who. Well, Radio Static have now kindly made the first two episodes available for free. Just visit the official website and you can download them in MP3 or subscribe to them on iTunes. Work has begun on the third episode, Paludin Fields. Radio Static have decided to try financing this instalment through the IndieGoGo system, which allows like-minded people to make a contribution in return for perks and treats. Visit this site and take a look, and see if you can spare a few quid to help make the third part of this epic adventure a reality. Time Lords don't pay for themselves, you know. 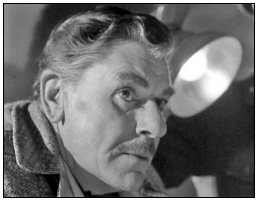 Meanwhile, I have not been entirely idle. One project that has already produced something readable is my new job of reviewer for Television Heaven. This website, run by Mr Laurence Marcus, aims to catalogue sixty years worth of cult television. I have so far written reviews of the original three Quatermass serials, which can be read on the site now. Just click on these links for reviews of The Quatermass Experiment, Quatermass II and Quatermass and the Pit. It was a treat watching these again and analysing them, and in the coming month I'll be reviewing some classic Sixties Doctor Who. With next year the 50th anniversary of Who and the 60th of Quatermass, we need to celebrate these early serials.
Posted by Daniel Tessier at 14:55