WHO BOOK-QUEST #3: Last of the Gaderene by Mark Gatiss

Mark Gatiss works primarily in nostalgia. His Lucifer Box trilogy pastiches adventure stories from the Edwardian era, the roaring twenties, and the Bondian fifties; his debut novel, the Doctor Who New Adventure Nightshade was a meditation on nostalgia and a Quatermass pastiche to boot. His Doctor Who episodes are among the most straightforwardly evocative of the show’s past, and include a Dickensian yarn and a story set around the coronation and the beginnings of television. He has presented series on the evolution of horror cinema and has had a Victorian laboratory built in his house. Mr Gatiss likes to live in the past. 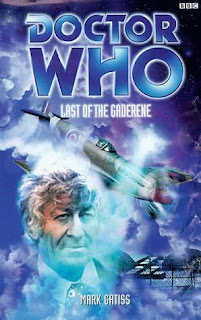 With Last of the Gaderene, Gatiss’s last Who work until the series’ return to television in 2005, he takes this to its logical limit. The 2000 BBC novel is a clear attempt to reproduce his favourite era of Doctor Who in prose. Last of the Gaderene was chosen by BBC Books to represent the third Doctor in their new celebratory set of reprints, and it’s easy to see why. This is the purest example of Pertwee era Who you can find in print. In fact, it’s so Pertwee it’s even more Pertwee than the series was on telly.

So, no, Last of the Gaderene is not an attempt to do something new and interesting with Doctor Who, but Gatiss has never really been interested in that in his own work. Even his New Adventures had the air of someone trying to get a show back to its roots, away from the direction it had careened into in its later years. This is the ultimate nostalgia piece for anyone who grew up with Pertwee as the Doctor. This is a flaw as much as a benefit, of course. Seventies nostalgia just isn’t going to work that well on someone who was born in 1984. Admittedly, it is entirely possible to have nostalgic feelings for something that one never directly experienced; we are saturated in the past, and it can often feel that we were present for events that occurred before our birth. 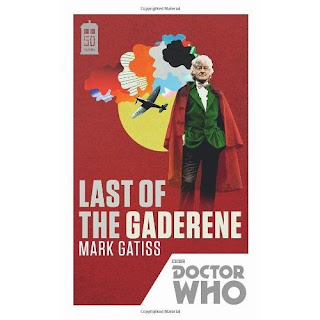 This exposes another flaw in this approach, however. Gatiss presents this novel not merely as an evocation of Pertwee’s era on television, but also as a reproduction of the Doctor Who novelisations that he grew up with. I love the Target novelisations, but by the time I began reading them they were collectors’ pieces, not the everyday face of Doctor Who between TV seasons. The reason, of course, was that by then the series was readily available on video and was being repeated on UKTV Gold. Now, of course, the entire Pertwee canon is available on DVD and more readily available than ever. There’s not really any need for a book to recreate this era of the show, any more than there was in 2000.

Still, Gatiss is a great writer. One of my favourites, in fact. He may not be notable for experimentation or literary merit, but he writes bloody good adventure tales in clear, enjoyable prose. Gaderene is less well written than some of his work, but then it is clearly trying to reproduce the classic Target style, which is more-or-less the style of Terrence Dicks. That is to say, straightforward, breathless and pacy with the occasional moment that makes you stop and think: ooh, nice. Right down to the chapter titles, which include the obligatory ‘Escape to Danger’ (still being used by authors even now – I’m thinking of you here, Mr Wolverson) and the supremely puntastic ‘A Fate Worse Than Death,’ which made me give a little cheer out loud. 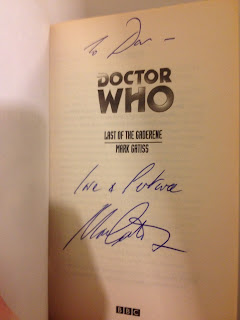 The plot is as straightforward as the prose, concerning a Body Snatcher-styled invasion force – the eponymous Gaderene – that have entered a small village and begun to take over the inhabitants, as a spearhead to a worldwide infiltration. The use of Legion International, a military-industrial airline, gives the story something of a Quatermass­-feel, which in turn makes it feel very Who season seven in places. Otherwise, this is pure Pertwee, from the claustrophobic village, the characterful locals, the UNIT presence, the Brigadier up against petty bureaucrats, the token visit to an alien world and, of course, the revelation that the Master is behind all of it. Gatiss is great at character work, and all his incidental cast are well-realised. Alec Whistler, late of the RAF, is a delight to read, a proper officer and a gentleman who would have made a perfectly good hero in his own right if he wasn’t required to be overshadowed by the Doctor. The Brigadier, Jo, the Master and the Doctor himself are all perfectly recreated. You can hear Courtney, Manning, Delgado and Pertwee speak every line.

There are a few nods to ongoing character development which fit with the novel’s placement at the end of season ten. Jo is realising that soon she will have to leave the Doctor and the Time Lord is himself spending more and more time away from Earth, albeit with the realisation that he has come to think of the planet as his home. A specific placement isn’t really the point, of course; this is the Pertwee era writ large. The Doctor even gets to fly a Spitfire, and wouldn’t that have looked amazing on telly? Well, no, they’d have used some really shonky CSO, wouldn’t they? Still, it would have been great in the Target novelisation…

Email ThisBlogThis!Share to TwitterShare to FacebookShare to Pinterest
Labels: book reviews, Doctor Who, The Master, Third Doctor, Who Book-Quest