Monster in My Pocket - The LOST Monsters

Back in the beginning, 96 monsters were listed as part of the Monster in My Pocket range. All 96 were designed and appeared on Latin American card and sticker collections, but only 81 were ever made into figures. The remaining fifteen monsters - Achelous, Ankou, Banshee, Catarenha, Djinn Shapeshifter, Genie, Grendel, Hairy Boggart, Headless Man, Hieracosphinx, Hodag, Jabalius (Beast of Gevaudan), Sciapod, Talus and Troll - were never made into toys, although some did make appearances in the MIMP comicbook or on posters. A sixteenth monster, Bash Tchelik, also appeared on the posters revealing "upcoming monsters" for later series, but nowhere else. 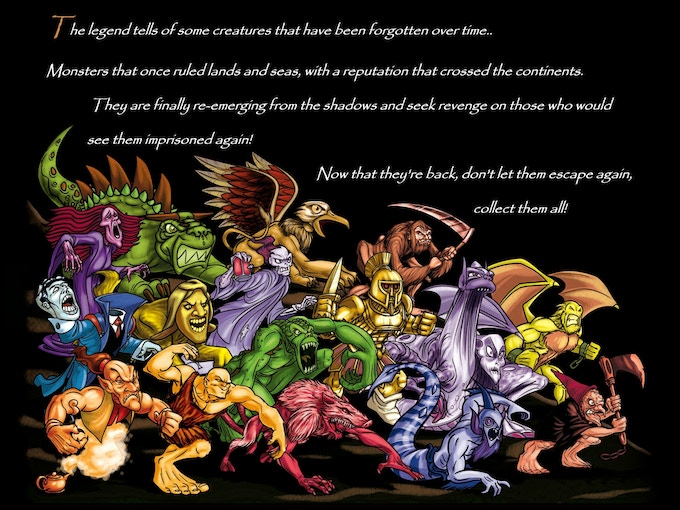 Fede Mazz, a big name collector, has spent the last few years working on creating the "missing" sixteen MIMP figures. He has recruited the talents of master artist and sculptor Rich Roland, the man who sculpted the original figures back in the day. Initially, the costs of the project looked to put the toys well out of my price range, but thankfully Fede has now turned to Kickstarter to raise funds to bring this project to fruition. The first four figures - Banshee, Catarenha, Sciapod and the Headless Man - are ready to go into production, and work has begun on the next four.

Backers can pledge different levels and receive anything from a set of four cards and a poster, to the set of the first four figures, to a set of collectable golden casts of the first four in a decorative display box. Fede's also joined with the creators of the most recent OMFG line to offer extra collectable figs for upper band backers. Should he raise enough, the first four monsters will be put into production. 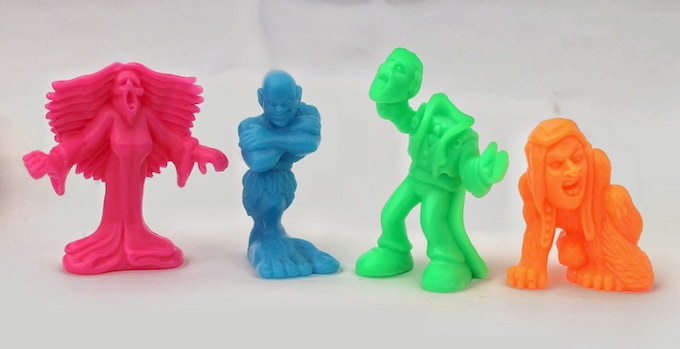 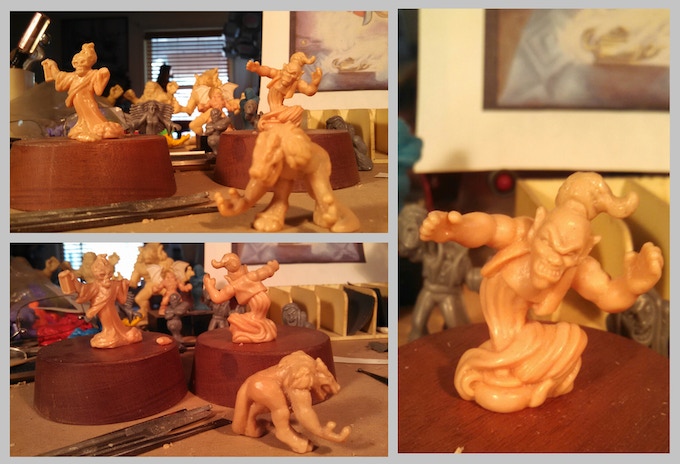 Don't they look gorgeous? You can pledge here.
Posted by Daniel Tessier at 21:20

Email ThisBlogThis!Share to TwitterShare to FacebookShare to Pinterest
Labels: Monster in My Pocket, monsters, OMFG, toys