After ten years of travel, the ESA space probe Rosetta has finally reached its destination, Comet 67P. This is a first in the history of space travel, the orbit and companionship of a cometary body. While the probe's robotic lander Philae has yet to land - this is scheduled for November - Rosetta has already sent back some telemetry, including images of the cometary surface. You can see some of them here, and as you can see, the comet is a tiny world in its own right, with boulders, craters and escarpments surrounding a flat plateau. It's been a long, difficult mission, but it's paying off already, and there's still a year of observations scheduled.

Comet 67P is only around two miles across, with a perihelion of 1.24 AU. To get an idea of its size, take a look at this image I pinched from the BBC.

Or, if you're more geekily minded, this: 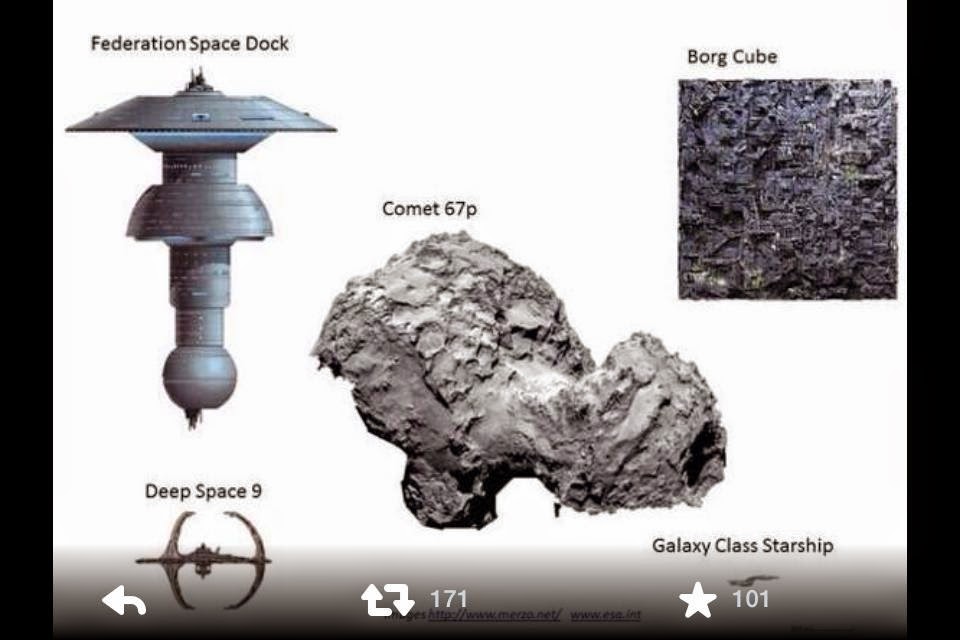