Eton Miss, and other things

So, decent little week, apart from the thirteen-hour shift at shitwork followed by an immediate opening.On Thursday I went to see my little sister, who works at Eton College doing all sorts of clever stuff. It's outside of term time, so she could show me round the place. Plus, no students is a real plus in a place like Eton - for non-British types, that's where they manufacture Conservative MPs. Eton is amazing though, 574 years old and full of ancient historical artefacts. So we had the run of the place - I got to see the Eton Library, an absolute book lover's heaven, and the Eton Museum, which my sister worked on at length. (They really let that place go. Good thing Becca was there.)  And the archives! They have strongrooms full of stuff that goes back centuries, beyond even the founding of the College. I even got to hold some of the items - I got to handle the genuine seal of King John from the thirteenth century. That's pretty fantastic. Unfortunately I wasn't allowed to take pictures of any of the cool stuff, but here is King Henry VI to show I was at his college. He definitely founded it - I saw the paperwork. 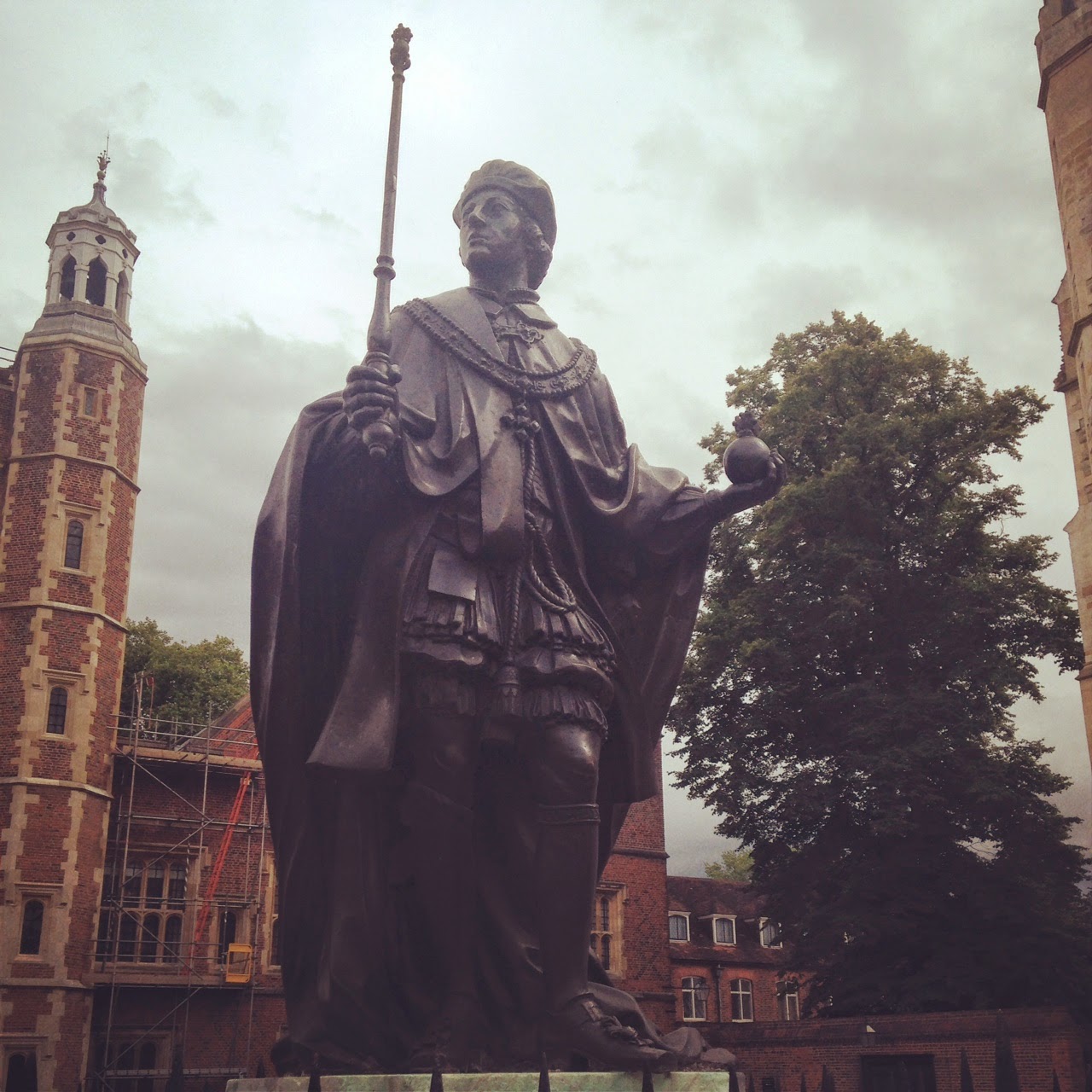 At the end of it, I got to go play in the Natural History Museum. I couldn't play with things in there, although I did get to touch the elephant skull. They have some amazing exhibits, including material from Darwin's voyage, some fine fossils (my hero Mary Anning gets a display to herself) and, probably my favourite part, the case of mutants and oddities. They have a duck with two arses! I want a duck with two arses. It'll have two quacks. 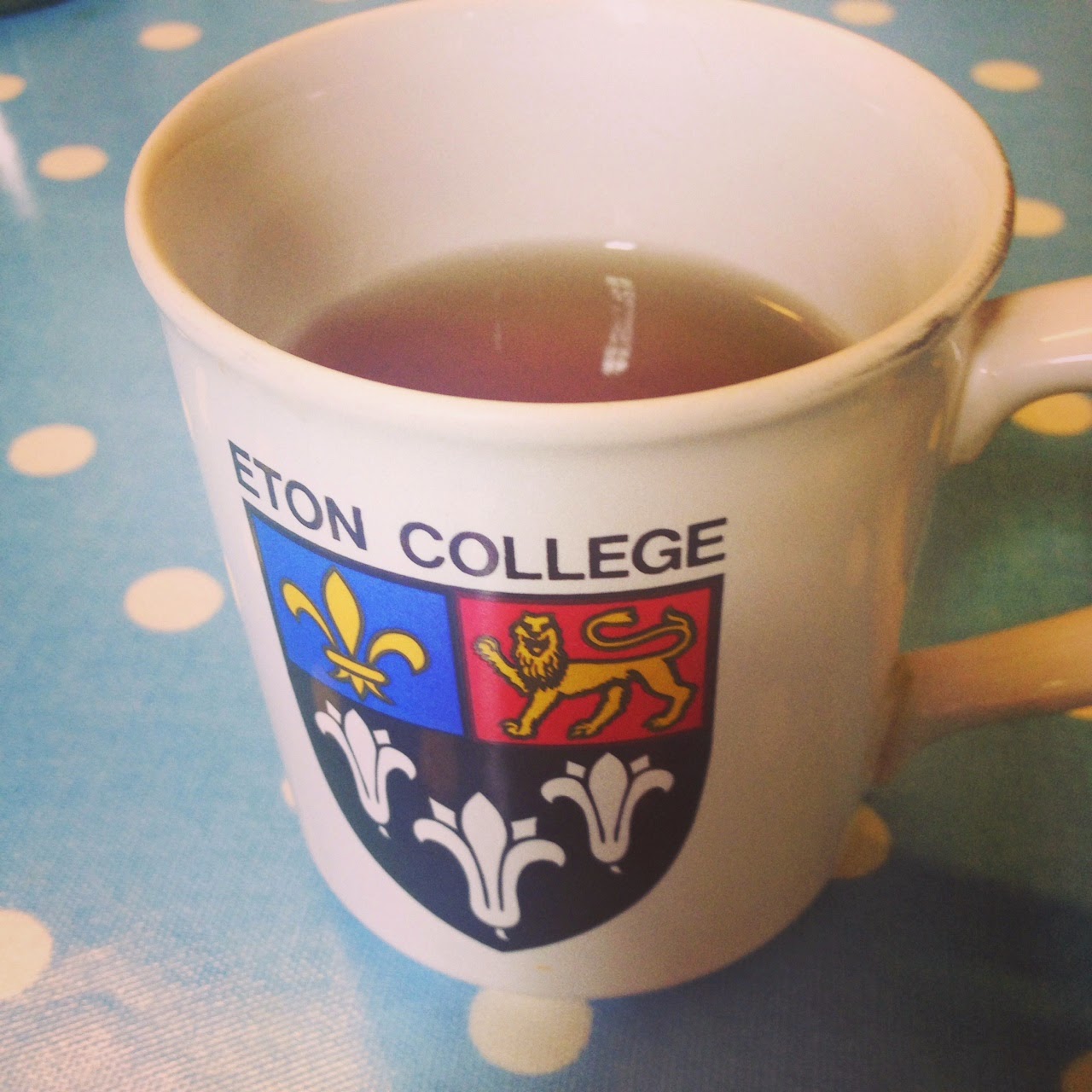 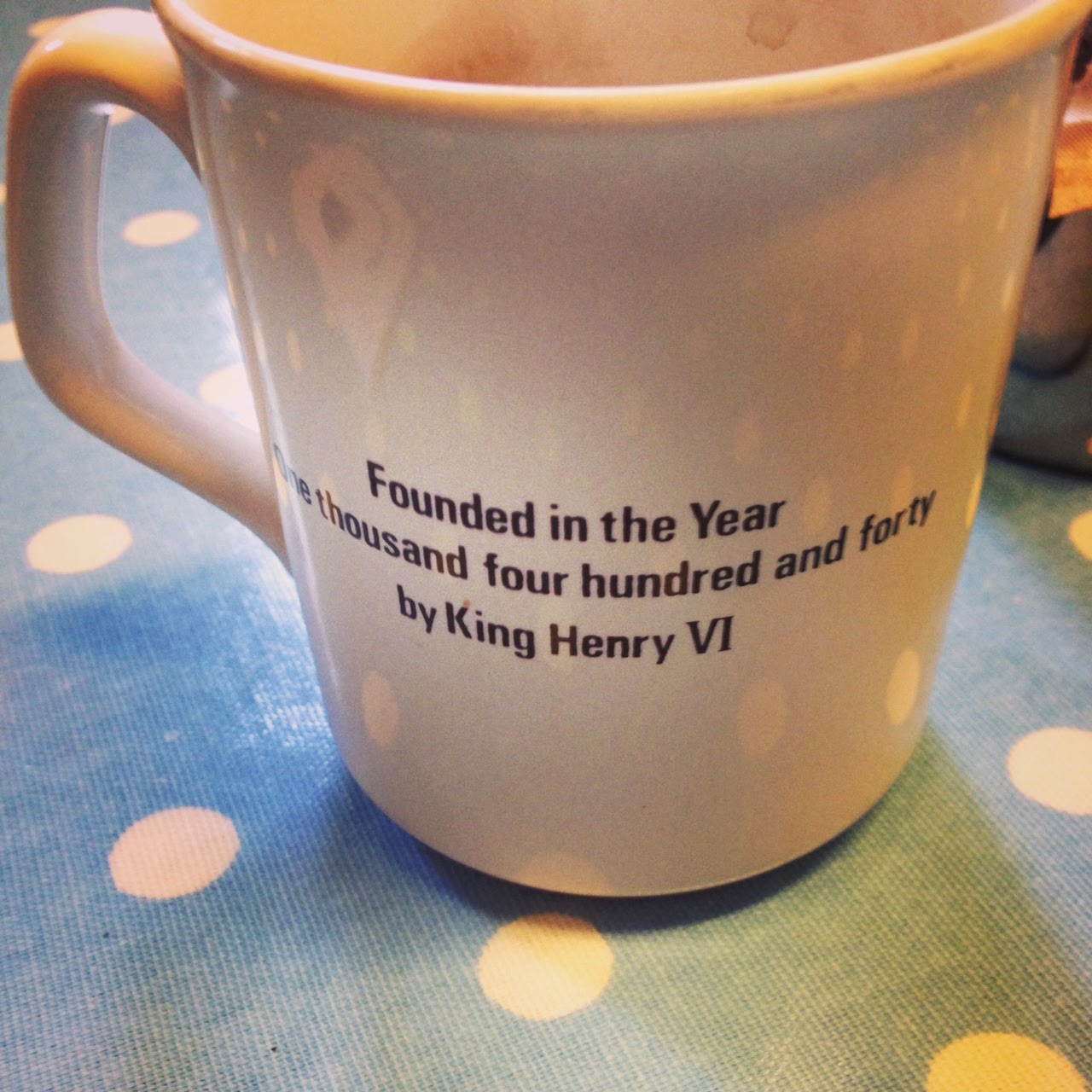 So, a very pleasant day was had, with some lovely people who were all far, far cleverer than me. However, I felt better when the Laura the librarian admitted she'd never finished The Hobbit either. Plus, lunch in a very swish pub that we had all to ourselves, free fudge from a very loud young lady (FREE FUDGE! FOR FREE!) and lots and lots of rain. Then back to my sister's place for dinner and Aladdin. Yes, we cried a bit. 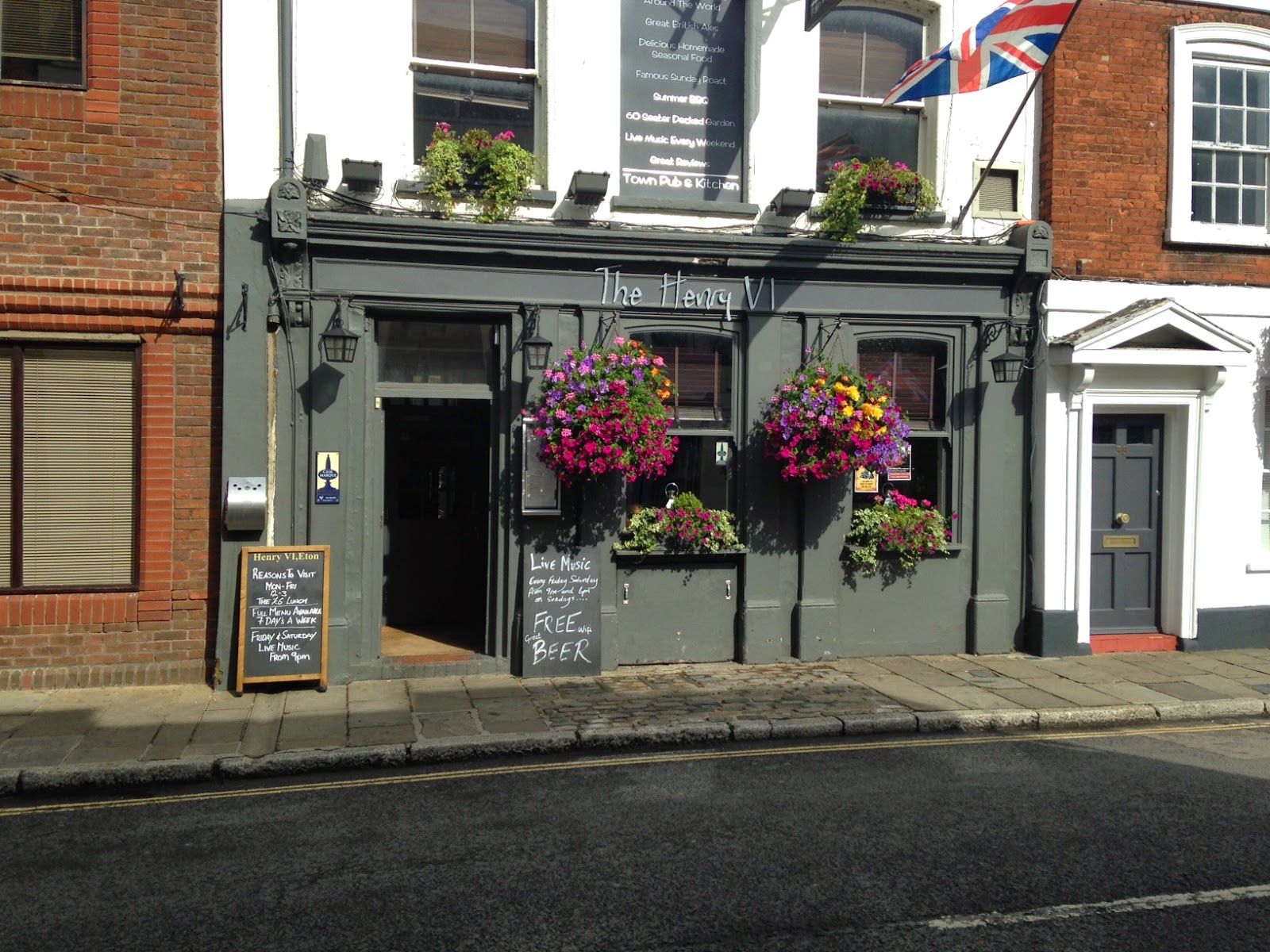 The weekend was quiet, until workday, mostly hanging out with my the rest of the immediate family. My brother has decided to return to England for a few weeks before heading off to start a new position teaching in Japan. So altogether a pleasant little catch-up. Oh, and on Saturday night I went to a fetish club, so that was a bit different. Not entirely well-timed though, considering the working day ahead of me.

In other news, I have a stack of reviews to finish up for Television Heaven, a review of Obverse Books' latest release, and some other little bits for the blog. Doctor Who starts on Saturday; this time I shall be watching it on the big screen since the local picturehouse is showing it. Unlike my earlier reviews, my Series Eight write-ups will be hosted by DoctorWhoWorldwide. Links will be posted as soon as they are up.