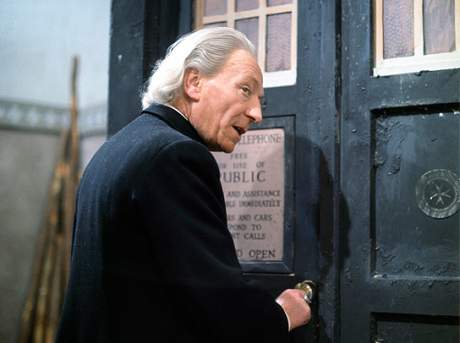 A Citizen of the Universe:

It’s hard to imagine now, of course. Doctor Who has been running for very nearly fifty years, through times of massive popularity and cultish obscurity, through vast changes in style and theme. We’re used to seeing different actors (and actresses) in the role of the Doctor. Regeneration is part and parcel of the phenomenon that is Doctor Who. It’s difficult, for those of us who weren’t there in the beginning, to imagine a time when only one man could be called Doctor…

When we first met the Doctor, we knew very little about him. He was a mysterious, possibly malevolent figure, a caustic old man, camped out in a junk yard, tending to the upkeep of his incredible, impossible time-and-space machine. At first, we knew more about his granddaughter, Susan Foreman, and the little we knew about her we discovered through the eyes of her schoolteachers, Ian Chesterton and Barbara Wright. Doctor Who was a very different programme in the beginning. Perhaps the strangest aspect, to a modern viewer, is that the Doctor wasn’t the hero of the piece. That was Ian, the ordinary man thrown into an extraordinary world, while Barbara was the show’s heart. It was they who accompanied us on adventures through time and space.

The Doctor, on the other hand, was far from being a hero. Selfish, callous, even heartless, in his first few stories the Doctor was a far cry from the character who leads the series now. This was a man who would lie to his fellow travellers in order to trick them into exploring the Dalek city, and who seemed quite capable of murdering a prehistoric man just to ease his own getaway. While William Hartnell played the Doctor with an air of confidence and bluster, at the same time it was clear that for the character, much of this was a front. This was a man driven by fear, hiding on Earth to make repairs to his TARDIS and terrified of discovery. Even his virtual abuction of Ian and Barbara is driven by his blind panic that someone will come for him and Susan. In his earliest appearances, the Doctor is not a hero, but an explorer, who drive to see the universe is tempered by his fear for his safety, and that of his granddaughter.

“Fear makes companions of all of us.”

The Doctor is an acerbic, unlikeable character in his earlies appaearances, but even from the very beginning, Hartnell embues him with a wizardly twinkle. He begins to mellow almost immediately, albeit in fits and starts. Slowly, he develops towards being the character we know today. As Philip Sandifer pointed out in his exemplary TARDIS Eruditorum, during these early years we can actually see Hartnell’s character learn to be the Doctor. Those first few serials generally revolve around an urgent need to get back to the TARDIS and escape; any saving of the innocents or defeat of the villainous is incidental to this. Gradually, the Doctor learns the need to do good for its own sake, just as he learns to respect and cherish his unwanted companions. Scenes with Barbara show the Doctor at his best, as a genuine affection forms between them. It takes longer with Ian; the Doctor has a, wholly non-sexual, need to prove himself the alpha male. With Susan, although eh is often condescending, he is always loving and protective.

In fact, it’s Susan who is holding him back from becoming the Doctor we know and love. Again, I’m drawing on Sandifer, but it is true that with his granddaughter to look after, the Doctor can never truly become an adventurer. It’s when he leaves Susan on Earth following his defeat of the Daleks that he can begin to truly enjoy his lifestyle. Whether this is another selfish act by an man sick of his responsibilities, simply dumping Susan on the first man who’ll have her, or a difficult decision brone out of love and a need to give his granddaughter a stable life, is down to the individual viewer. Either way, with Susan in safe hands the Doctor is free to become more proactive, taking risks with his later companions that he never would have done with his granddaughter. 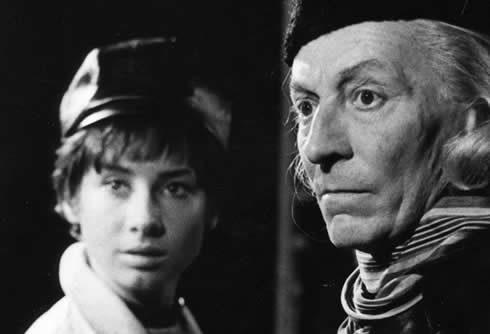 Another factor in the Doctor’s development is his encounters with the Daleks. At first, when he meets them on Skaro, he respects the Daleks as scientists, but this soon gives way to fear and contempt. The Doctor is a fierce individualist, and even in his worst moments is not overtly cruel. The Daleks are his opposite, uniformly militant and xenophobic with no regard for any lifeform other than their own. Upon his second encounter, during the Daleks’ occupation of the Earth, he immediately declares that they must be stopped. By the time of their Masterplan, he is utterly opposed to the Daleks, and they to him.

“Back when I started in the very beginning I was always trying to be old, and grumpy, and important, like you do when you’re young.”

It’s easy to dwell on the differences between the first Doctor and his predecessors, but there are plenty of similarities. Hartnell originated the part; all that followed merely offered their interpretation of what he started. What so many people overlook is just how funny this Doctor can be. Even in his early days his mood would swing from anger to mirth with disquieting ease, and the humorous side of the character can to the fore as time went on. Indeed, the fun side of the Doctor developed in tandem with his more adventurous, proactive nature. Hartnell had a huge talent for comedy, and several of his stories were primarily comedic in style, such as The Romans, The Mythmakers and The Gunfighters. He’s a hugely emotional character in general, never able to keep his feelings to himself. Indeed, he’s very childlike in many ways, as evidenced by his frequent temper tantrums when questioned by his companions. He may appear to be an old man, but as we come to realise later, this is, in fact, a very young Doctor.

In appearance, he is extremely old-fashioned to our eyes. He wears, for the most part, clothing that would not be out of place in the late nineteenth or early twentieth centuries. Perhaps he simply doesn’t know the history of Earth as well as he thinks, and presumes this is perfectly ordinary clothing for the 1960s; perhaps he just likes it, after all, he sticks with it throughout his travels, even favouring the style in later lives. Unlike alter versions of the Doctor, though, he will readily change into an appropriate outfit when in another period of history, be it 18th French clothing or a Roman toga.

The series changed greatly during its first few years. At first, the serials were divided fairly evenly between historical, Earth-based stories and sci-fi flavoured voyages to other worlds. In time, the historicals became were phased out, and crossed over with the sci-fi trappings as Daleks and Time Meddlers turned up in Earth’s past. The Doctor slowly moved from the sidelines, and Hartnell became the true star of the show. As Hartnell’s performance developed, his health sadly declined, placing a limit on his time as the Doctor. This was, in a fashion, reflected in the character’s journey. Just as the Doctor began to enjoy having human company, his companions were continually snatched away from him. Seeming very lonely as the years went by, relying on the companionship of young, female “Susan-substitutes,” he seemed to feel his age more. A run of stories in his third year really put him through the ringer, with two short-lived companions, Katerina and Sara, losing their lives in the ongoing fight against The Dalek Masterplan.  Vicki abandoned him, and Stephen almost walked out on him when the Doctor failed to intervene in a terrible moment in history. Physically, too, the Doctor was damaged, with both the ageing effects of the Daleks’ time destructor and the life-sapping work of the Elders drawing away his strength. 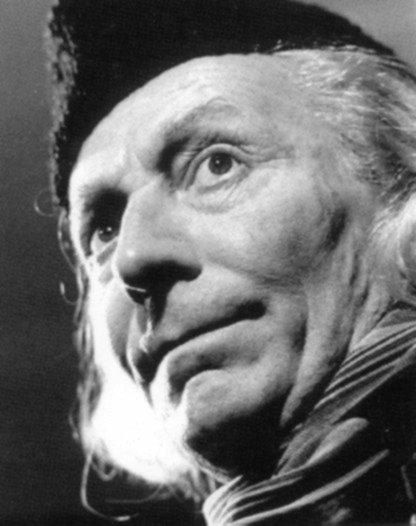 However, the Doctor remained a vital force right until the end. It was only when he arrived in Antarctica, with two new companions, Ben and Polly, that he could no longer cope. There’s a common misunderstanding that the first Doctor simply dies of old age in his final story, The Tenth Planet. This isn’t the case. Rather, his older body, after all its experiences, simply wasn’t able to stand up to the energy-draining effects of the Cyber-planet, Mondas. After a final rallying of strength, the Doctor’s first encounter with the Cybermen ended with a return to the frightened old man we met in the junk yard, as he fled back to the TARDIS. He collapsed onto the floor, and, as his friends looked on, his features began to glow and change…

We’ve seen many Doctors over the years, and learnt much about the character who was, at the beginning, a being of mystery. The series has changed, as has its central character. However, it all came from this, an old serialised show created by Sydney Newman and Verity Lambert, about a strange old man and his miraculous police box. The eleventh Doctor will grace our screens on the series’ anniversary, but William Hartnell remains, simply, the Doctor. Without him, this series would never have been a success. Even if he did fluff his lines.
Posted by Daniel Tessier at 22:46