Those we lost in February

February draws to a close, and we head into March (or, alternatively, Troughton Month heads into Pertwee Month), and while I have had a good February overall, as evidenced in my previous post, the worlds of comedy and telefantasy have not been so happily served. February has turned out to be quite a shocker, with no fewer than four very notable individuals being taken from us.

The one that made the biggest splash in the media was, of course, the sad passing of sitcom legend Richard Briers, aged 79. For all his many, many years in both comedic and straight acting, he will always be best remembered as Tom Good. This news somewhat overshadowed the death of Elspet Gray, who was lost the very next day. Elspet Gray, the Lady Rix, died aged 83, and played a great many roles in her long and varied career, including parts in Fawlty Towers and The Black Adder - she played the queen in both the original pilot and the first full series, there named as Gertrude of Flanders. Her death did cast a sad shadow over the stage version of the classic historical comedy I saw with friends late in the month.

Gray was, with her husband Baron Rix,and their children Louisa and Jamie Rix part of a family that was a major part of British comedy in the 20th century. Another actor, this time born into an acting dynasty was Robin Sachs, who died earlier in the month, aged just 61. He'll be best remembered as the villainous Ethan Rayne, Giles's rival in Buffy the Vampire Slayer, but played numerous roles in various US telefantasies including Star Trek: Voyager, Babylon 5 and even Galaxy Quest (rather brilliantly, he was underneath a ton of lurid green rubber as the evil alien General Sillar).

Beyond acting, but still in the realms of telefantasy, we also lost Raymond Cusick, a hugely respected designer who worked on the earliest Doctor Who productions. His most famous creation was, of course, the Daleks, having taken a very vague description from scriptwriter Terry Nation and turned it into a design classic. He was criminally unrecognised as the true creator of the Daleks, a sci-fi icon; Nation got 50% of the rights, while Cusick, a BBC employee, got a small bonus. Such are the ways of the BBC. Cusick was 84 when he died, and oddly enough, when the news broke I was in his home town of Horsham.

Four people who contributed to some of the most wonderful television I have ever enjoyed, and all of whom were linked in peculiar and unexpected ways. Cusick's last credited work on Doctor Who was on the epic serial The Daleks' Masterplan, although it's possible he performed some design work on the following serial, The Massacre. This story included among its cast one Leonard Sachs, already father to Robin. Almost twenty years later, Sachs Sr. played Borusa in Arc of Infinity, alongside Elspet Gray as the Time Lady, Thalia. Briers didn't appear in Doctor Who until 1987, in a ridiculous turn as the villainous Caretaker/Kroagnon in Paradise Towers. He later appeared in the second series of Torchwood; Robin Sachs made a brief appearance in the fourth.

Briers never appeared in Blackadder, but he did appear opposite Rowan Atkinson in Mr. Bean. Gray was supposed to return as Thalia in The Five Doctors, but was unavailable, the character Flavia being created to replace her. That special episode of Doctor Who featured Lalla Ward, albeit only in archive footage; she played Helga, the twin sister of Robin Sachs's character Heinrich, in the movie Vampire Circus. Her one time husband, Tom Baker, also appeared in the archival footage in The Five Doctors, and would later appear in Monarch of the Glen as Donald MacDonald, brother to Hector MacDonald - played by Richard Briers. Briers's co-star in The Good Life was the wonderful Felicity Kendall, who later starred with Elspet Gray in Solo, playing mother and daughter. Baker and Ward appeared together in Destiny of the Daleks, battling Cusick's legendary monsters, and in the next story, City of Death, they briefly encountered John Cleese, who was of course the lead in Fawlty Towers when Elspet Gray made her appearance, and has created and appeared in so many series and films I suspect he could be linked to all four of the departed with ease.

Any more intriguing links between these fine artists? Any anecdotes or unusual information? I'd love to hear more about them all. I raise a glass to them all. 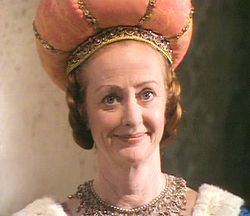 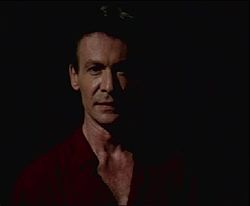 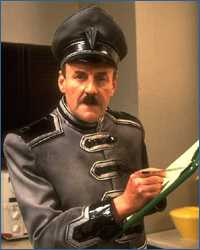 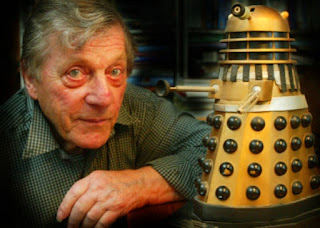