He combs the Galaxy like his pompadour on the hunt for aliens... both friendly, and not...

Series One, Episode Two - “The Search for the Phantom Space Ramen, Baby”


The first episode to feature the wonderfully named Colleen Clinkenbeard as Scarlet, this sees Dandy, Meow and QT embark on a quest to find the fabled phantom ramen, said to have a flavour truly of another dimension. They visit every ramen restaurant in local space: the Ramen Galaxy, Ramen Nebula, AndRamenDa, Full Metal Noodleist and (ra)Men in Black. And BooBies, of course. Meanwhile, Dr. Gel and Bea continue their pursuit of Dandy.


He's Dandy Baby: He's got a secret stash of ramen hidden on the Aloha Oe for when the alien-hunting has been slow and money is tight. At least, until he discovers Meow has eaten it all, at which point he tries to flush the creature out of the airlock. He easily becomes convinced to dedicate himself to finding the ultimate bowl of ramen, despite having no money to pay for any of it. In Ramen Nebula, he moonwalks up to Scarlet and tries charming her. It almost looked like he was getting somewhere until he asked her to get his tab. He might be an ass man, but he's a boobies man too. He thinks nothing of jumping head first into a wormhole to see where it leads. He seems genuinely moved by the ramen chef's story. He offers him a ride out of his dimension... but maybe he's just thinking of the unregistered alien bounty.


He's Just a Little Obsolete, Baby: He's basically a vacuum cleaner with add-ons. He's the only one to stay behind in the main universe, monitoring the link while Dandy and Meow are visiting the Ramen Dimension.


He's Not a Space Cat, Baby: He reckons he's a ramen connoisseur, having heard tales of phantom ramen on his travels; it's the only thing that distracts Dandy long enough to stop him getting thrown off the ship. Dandy is being pursued by the Gogol Empire (although he doesn't know why), yet Meow checks in online at every restaurant and shrugs it off as the troopers just getting lucky. He can't run while carrying ramen.


The Scarlet Lady, Baby: Scarlet is the no-nonsense registration officer who invariably deals with Dandy's alien submissions, and almost invariably dismisses them as absolutely worthless. She eats as Ramen Nebula, and doesn't take kindly to being hit up for woolongs. Easily the most proficient fighter we see in the the series, Scarlet absolutely kicks the Gogol troopers' asses.


It's Tech in Space, Baby: The best way to find your way around the Galaxy is using Gogol Galaxy Streetview. The final ramen cafe gets its ramen delivered from offsite, through a combined dumbwaiter/interdimensional transporter, which uses an unstable wormhole to bridge the divide to the Ramen Dimension. In this swirling realm are myriad island asteroids, upon one of which is the phantom chef and his ramen stand.


We're Alien Hunters, Baby: Dandy brings an Andromengero to the Alien Registration Centre. It's a purplish brown blob, extremely common and utterly valueless. There are 58.6 billion registered Betelguesians, so Meow really is no good as bounty. Dr. Gel sends Gogol battlesquad troops after the heroes; they're spindly green creatures but armed to the topknots. The ramen chef is an ancient, shrivelled, hunchbacked, roughly humanoid creature, who's been hiding out on his asteroid for ten thousand years, making his ramen and sending it through the wormhole. It's unique salty taste comes from his tears of loneliness. He learned of ramen when he crashed in Japan as a young extraterrestrial on the run. Dandy offers him a way out of his exile but he declines.


The Bottom Line, Baby: The phantom ramen chef's story really is kind of moving, in a bizarre, food-obsessed kind of way. Dandy's at his best when he's on some kind of quest, pointless or otherwise, but the highlight of the episode is the introduction of Scarlet, who'll be more important as the series goes on. The Ramen Dimension is spectacular. There are some fun Star Wars references in this episode too; Scarlet's apology to the proprietor of Ramen Nebula brings to mind the the Mos Eisley Cantina scene in the original Star Wars, and there's a brief reference to Tatooine when Meow is tweeting. 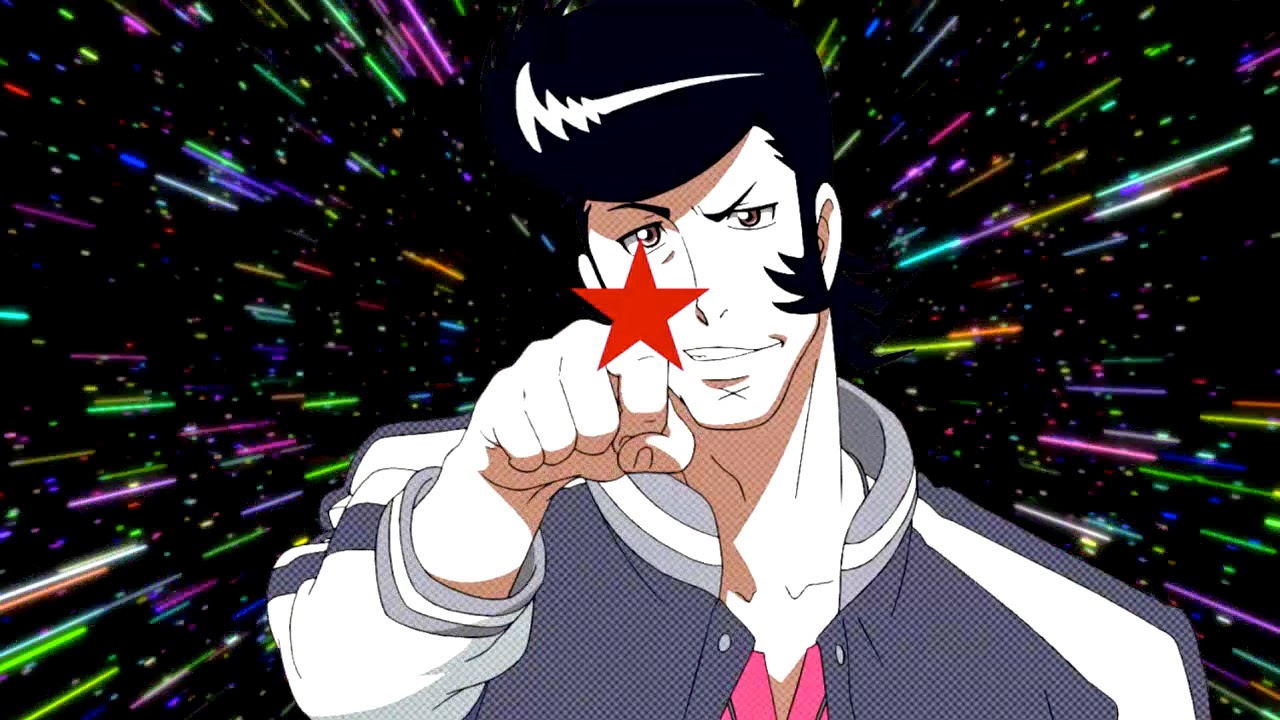 Series One, Episode Three - “Occasionally Even the Deceiver is Deceived, Baby”


He's Dandy, Baby: “I don't care about oxygen, I need BooBies, nothing more!” That's Dandy's entire life ethos, really. He's an abject coward when confronted by deadly aliens, until there's a hot girl to impress. He's perfectly happy to leave Meow behind on the planet, until QT reminds him the cat has his BooBies points card – his only ticket to a free meal. He can't hit anything with his blaster, but he does have a trick or two up his sleeve.


He's Just a Little Obsolete, Baby: Bless QT, he's only trying to help. He's ordered a hold full of expired food from the end of time, “ten thousand light years in the future”. Apparently this makes it ten thousand years out of date. No, this doesn't make any sense. It was on “Buy 1, Get 61 Free” though.


He's Not a Space Cat, Baby: QT begins the episode dressed up as a space grub in a desperate plan of Dandy's to trick Scarlet into paying him a bounty. Naturally, it doesn't work. His idea of a chat-up line involves cat food. He also can't help batting holograms like a cat playing with string.


Let's Get Our Asses to BooBies, Baby: BooBies has a rewards system, and Dandy intends to take full advantage of this. He's saved up enough points on his BooBies card to get a free meal. Unfortunately, it expires in 2.5 hours.


Rageans: Terrifying-looking creatures seemingly native to the uncharted planet but already recorded on the alien registry. They're huge, slimy slug-like creatures with vicious, snapping xenomorph tongue-jaws. They're actually pretty decent folks, just trying to warn Dandy and his space crew of the risks posed by... 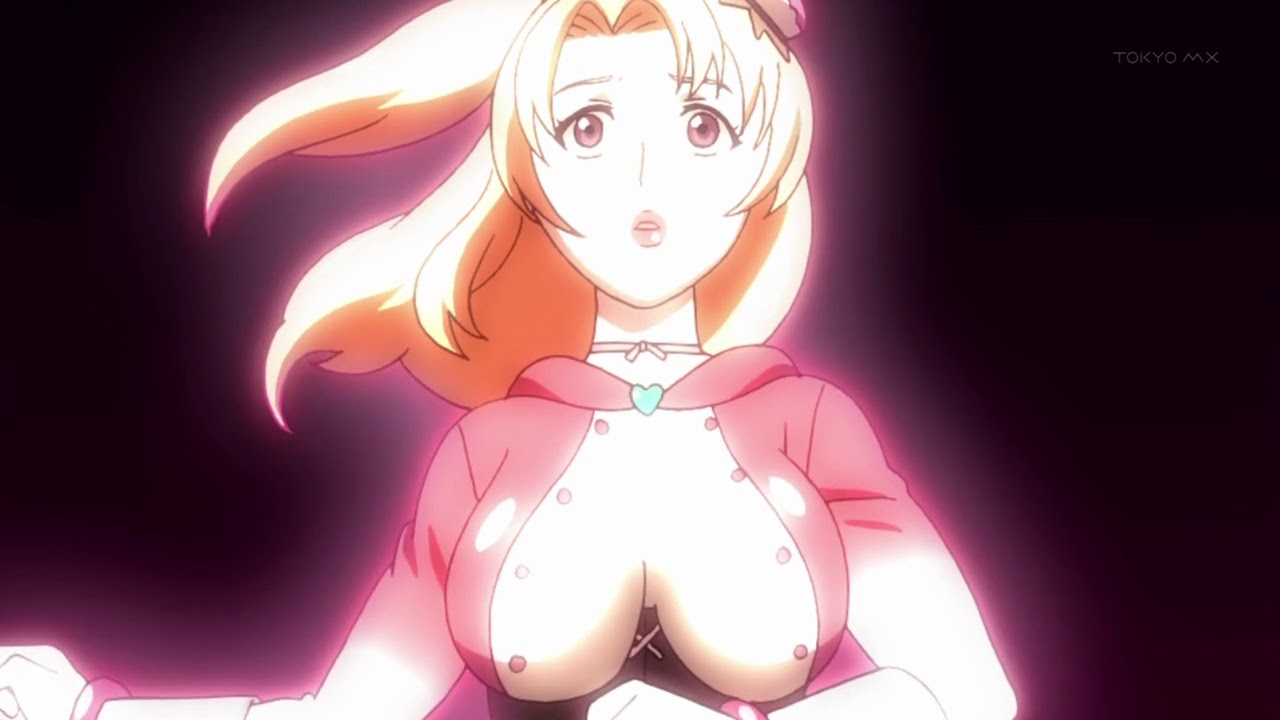 The Deathgerian: Topping the list of “Aliens I don't want to eaten by” for twelve years running, the Deathgerian is a shapeshifting monstrosity that will eat anything and everything. Initially it appears in the guise of a ridiculously jiggly young woman who gives her name as Mamitas. (Mamitas is the name of an internet-famous cat who is frequently pictured being nibbled by its owner. So it's not surprising the alien eats Meow.) Dandy and Meow are completely helpless to Mamitas's charms, until she transforms first into a hideous, breast-covered blob, and then a gigantic beast with a dozen hungry mouths and grasping feelers. The monster is defeated when Dandy forcefeeds it with the entire stock of expired space food. It shrivels up into a little slug and Dandy takes it to the Registration Centre for a cool 99,000 woolongs.

Betelguesians: are the universe's number one consumers of dried fish flakes.


It's Tech in Space, Baby: The Aloha Oe is left crashed on the planet, but it has a secret weapon: an escape pod called the Little Aloha, which is capable of transforming into a Hawaiian-themed battle mech for some Toei-style robot-on-monster fisticuffs. Which Dandy has simply never used before. Dandy also has a space blaster that he forgets to charge up, and a space translator that he never switches on.


There's Bad Guys Too, Baby: Dr. Gel traces Dandy to the Ragean planet, with the entire Gogol 7th Fleet ready to attack and secure him so that the Gogol Empire will rule the universe – but he bottles it when Bea detects the presence of the Deathgerian, and the whole fleet retreats.


The Bottom Line, Baby: Probably the most Space Dandy-ish of all Space Dandy episodes, this is the sort of thing that a lot of westerners expect Japanese animation to look like: robots, tentacles and tits. Mamitas is the logical endpoint of the anime monster. The characters do better than in the first episode – only Meow dies in this one. This was the first episode of the series I watched, with my (female, straight) flatmate, and we both came back for more.