It is, I'm afraid, impossible to review this one properly without resorting to SPOILERS. Proceed at your own risk, because the SPOILERS start immediately, and they might spoil things. They're spoilery like that. 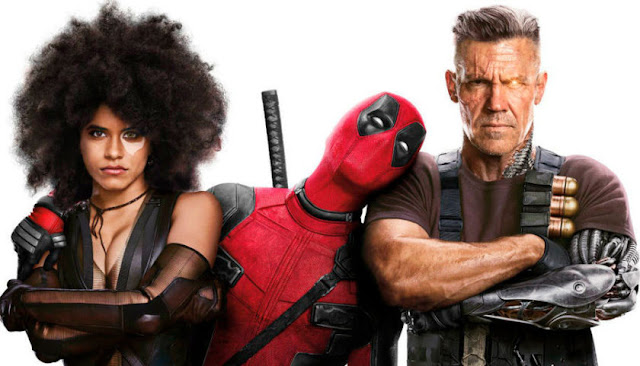 Did they really have to fridge Vanessa?

Don't get me wrong, the scene and the aftermath are played well – even tastefully, which is really something, considering that this is Deadpool we're talking about. Vanessa isn't hunted down and horribly murdered by a vicious villain who wants to use her to cause Deadpool pain; she's just an unfortunate bit of collateral damage in the violent lifestyle he's developed. I also get that the writers were trying to find a way to make Deadpool suffer, given that he's essentially immortal, can heal from any wound and seemingly shrugs off pain, but then, they also showed you can just fit him with a power-dampening collar and he'll suffer plenty. Was it really necessary to kill off one of the strongest and best presented characters in the first film just to provide some angst for the hero?

OK, it's not like it sends Deadpool on a movie-length vengeance quest. He gets that out of his system early on, before moving the blame (quite rightly, in many respects) onto himself, and then finally turning his pity on its head and using Vanessa's death to motivate himself to do better. Vanessa remains a character throughout the film, imparting spiritual titbits to Wade from the other side, before eventually (predictably, but satisfyingly) being rescued from her fate using time travel. So she's OK, and Wade's OK, but is there any indication that he's really learnt anything from losing his one true love to the violent life he has courted? No, of course not. He'll be back and just as violent in "X-Force" or "Deadpool Trinity" in a few years time. So what, really, was the point?

So, with that off my chest... yes, this was a pretty great movie. Not as good as the first one, in my humble, but there we go, sequels often aren't. It's inarguably bigger than the first – cruder, more violent, more OTT – but this is Deadpool here. The first film was not an argument for a scaled back, reserved sequel. The only thing they could really do is kick it into an even higher gear and see how far they could go with it. On that basis, then, yeah, this totally works. This is even more Deadpool than Deadpool.

So, we've gotten out the way the main bit that I didn't like. What worked? Ryan Reynolds still shines in the part he was born to play. I mean, we talk about Hugh Jackman as Logan being a hard act to follow, but even after two movies and most of it spent in a full-length body stocking, can you imagine anyone but Reynolds playing Wade Wilson? Running character gags work well, with Dupinder (Karan Soni) being a standout yet again, but TJ Miller as Weasel, Leslie Uggams as Blind Al and Brianna Hildebrand as the legendary Negasonic Teenage Warhead all threaten to steal scenes at various moments. Stefan Kapičić is still absolutely spot-on as giant metallic Boy Scout Colossus, and deservedly gets a much more vital part in the story this time.

It's the new faces that make the biggest impressions, though. Zazie Beets, who plays Domino, might be the greatest addition to the ever-expanding X-Men universe in years. A brilliant actress with real likeability and presence, she brings a resilient positivity to a movie which could otherwise, for all its humour, get mired in misery. (That she's also spectacularly gorgeous doesn't hurt either. And to think, there were fanboys getting their dicks in a twist because they'd made Domino mixed race. Yeah, because white-on-black is so vitally different to black-on-white.) The big deal is Cable, played to perfection by Josh Brolin, who might just have become Hollywood's go-to guy for big, scary hardasses in comicbook movies. Just as with Thanos, he makes what could be a one-dimensional villain into a sympathetic, complex character.

Wisely, both of these characters have been hugely simplified. Domino has a fairly complicated story behind her, but here she's simply a mutant with the power to be lucky, something which could potentially be very difficult to sell in a film but is used with real creativity and visual flair. Cable has one of the most convoluted backstories in the whole Marvel universe, which is really saying something, but here he's simplified to being a big guy from a shitty future who's come back to try to change things for the better. (I don't know if Cyclops is his father in this version, but there's no reason he couldn't be; however, Hope is clearly his daughter, so that might set up something interesting for the future.)

But god, it's Julian Dennison's film. The character of Firefist was reportedly written for him, and you can see why. He's an astonishingly precocious, naturalistic actor who grounds the utter insanity and carnage that's going on around him, even when his character is the one perpetrating it. The writers play a clever trick by making his character a protagonist, a victim who needs to be rescued, and ultimately the villain. Having young Russel lose his way to become the ultimate threat in Cable's future is an ingenious use of the victim/hero/monster triptych the mutant characters represent. The only similar device I can think of offhand is Looper, and there it came so far out of left field that it lacked the impact that it makes here. It wouldn't work anywhere near as well if Dennison wasn't such a believable and likeable presence. The fact that his character is pretty much right for the bulk of the storyline doesn't hurt either; it's where he's destined to go after his entirely understandable vengeance that needs to be stopped.

So, that brings us round to X-Force... which is a perfectly servicable joke for the time it lasts, before being reduced down to just Deadpool and Domino, and then rejigged to involve the established side-characters. It certainly provides two very funny sequences, one for the audition of the characters and the other to unceremoniously killing them all off, but what really was the point of hiring someone like Terry Crews, introducing his character's powers, then just killing him after about a minute of screentime? At least the time travel element means some of them could come back for the actual X-Force movie (which is going to clearly revolve around Cable anyway). At least Peter (Rob Delaney) is genuinely funny and deserves all the attention he got in the trailers and mock-posters. Negasonic's girlfriend Yukio (Shioli Kutsuna) makes more of an impact than all the X-Force bunch save Domino, even though she's a very peripheral character. It's great to see a gay couple in the film without either hand-wringing or right-on self-applause. Deadpool's long been a queer-positive superhero and it's great to see this movie celebrate that, right down to Deadpool himself finally showing hints at his pansexual nature now that Vanessa isn't there to completely dominate his attention. It's pretty funny what happens to Shatterstar, though. After all the LGBTQ sites trumpeting how amazing it was to have a bisexual/asexual/omnisexual superhero (delete according to interpretation and universe of origin), he lasts about thirty seconds onscreen and we see none of this whatsoever.

The villainous side of things isn't as clear cut as in the first film, with both Cable and Firefist inhabiting that part of the narrative for parts of the duration before both coming good. Juggernaut is back, unexpectedly (I kind of guessed it had to be either him or the Blob in the prison basement), and works much better as a CGI monster than as a laughable attempt to give Vinnie Jones a supervillain role. The real villain, though, is the abusive head of the mutant orphanage who so damages the young Firefist, portrayed with utter loathsomeness by the brilliant, and still underrated, Eddie Marsan.

It's ludicrously over-the-top, of course, but this near-mindless violence, gross-out visual gags and outrageous one-liners are ultimately a very satisfying way to spend two hours, even if it doesn't quite hit the beats as deftly as the first film. Throw in some blink-and-you'll-miss-'em cameos, some absolutely hilarious song choices and a couple of actors who are clearly destined to be huge stars, and you've got a movie that's still in the top half of the X-Men franchise. 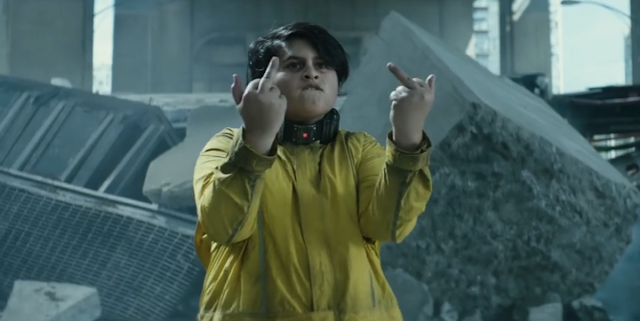