I'm very excited to announce that my story "A World Apart" is set to be included in a brand new charity anthology from Obverse Books, which collects various lost, limited and out-of-print stories starring transtemporal adventuress Iris Wildthyme. My story - which I wrote about fifteen years ago! - features the Barbarella incarnation of Iris, the Ninth Doctor, Rose and Captain Jack. As well as this there are brilliant stories by Lance Parkin, Simon Bucher-Jones, Philip Purser-Hallard and, of course, Iris's creator Paul Magrs.

From the press release:

A blonde in a catsuit flirting with the 8th Doctor, a scruffy old dear exploring a universe hidden in a cupboard in the Bus, the spitting image of the glorious Katy Manning on Neptune with its anatomically extravagant inhabitants, an elderly author of lesbian fiction …Iris has had a lot of faces, and been to a lot of places. She’s been all the way to the edges and back again, so it any wonder some of her adventures have been misplaced over the years, or grown tricky to uncover?

Here, gathered together for the first time ever in a new charity collection, are the Iris stories which appeared in charity anthologies, on convention stages, got lost on old web servers and fell down the back of the sofa…a selection of tales, both old and new, from the very edges of the Obverse…

Many of these stories were included on charity anthologies in years gone by, in magazine publications or on long-deleted websites. Of the ones I've previously read I can say that there are some absolutely brilliant stories included.

You can pre-order the book from Obverse Books, for £16.95 with all profits to Project Muyembe, a charity that supports pupils in Uganda with no access to higher education. 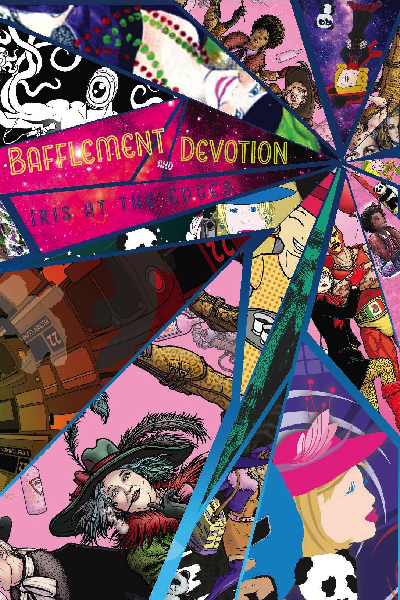