Doctor Who at Television Heaven 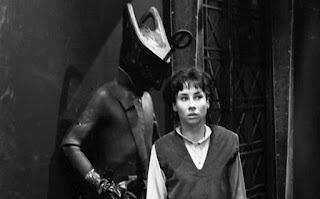 Following my reviews of the classic Quatermass serials, Television Heaven is now host to three of my Doctor Who reviews. I've chosen a fairly random smattering of stories:

The Keys of Marinus because, although it's hardly the greatest story ever and there's a fair deal wrong with it, I think it's underrated and I still have a soft spot for it;

The Time Meddler because, although it looks quaint and slow now, it's a turning point for the entire series that still influences the way the show plays out today;

The Mind Robber because it's stranger than the majority of stories in the Troughton era, and the first episode is ace.

The full list of articles can be found here, and includes my three Quatermass articles, plus a review of An Unearthly Child by site runner Laurence Marcus, a review of the finale to Ashes to Ashes by Frank Collins, and a selection of articles on television as varied as Green Hornet and The Dick Emery Show. I'll be reviewing more classic Who, plus, hopefully, some other shows, for this site in the future.
Posted by Daniel Tessier at 19:41