The Men Who Would Be Doctor (part one)


The twelfth Doctor has been cast. Of course, there have been more than twelve Doctors. Since BBC Wales brought the series back to our screens, it has introduced no fewer than seven new Doctors - Christopher Eccleston, David Tennant, Matt Smith and now Peter Capaldi as proper, regular incarnations, plus John Hurt as a mysterious missing incarnation, Toby Jones as the evil Dream Lord version of the Doctor, and David Morrissey as the pseudo-Doctor, Jackson Lake. And this doesn't cover all the other extra Doctors from the original run of the programme, the movie versions of Doctor Who, the various spin-off versions for Comic Relief, BBCi, stageplays, Big Finish 'Unbound' plays and all manner of other oddities.

Look back into the series' past though, and the list of would-be Doctors is even longer and more baffling. The men who were considered, approached and auditioned. The men who would be Doctor...

The original choice for the Doctor, right back in the very beginning. Hugh David was the choice of Rex Tucker, the caretaker producer for Doctor Who until Verity Lambert took over as full producer. At thirty-eight, David was younger than the original conception of the part, although it's likely that he would have been required to 'age up,' much as Hartnell did when he won the role. In any case, Lambert did not consider David to be right for the role, and the dashing star of Knight Errant is thought to have declined already. David moved into directing, and went on to direct two Doctor Who serials, The Highlanders and Fury from the Deep, both starring Patrick Troughton.

Another younger man considered for the part of the Doctor before Hartnell won it. He would have been thirty-nine at the time, but had experience in playing older characters. His reluctance to accept another 'old man role' is part of the reason he declined the part, as he later told Doctor Who Magazine. Bayldon has played numerous roles over the years, including Organon in the 1979 serial The Creature from the Pit, but is most famous for his starring role in Catweazle during the early seventies. He would finally play the Doctor in two 'Unbound' audios for Big Finish, Auld Mortality and A Storm of Angels. Other actors considered for the role of the first Doctor include Cyril Cusack, Leslie French and Alan Webb. 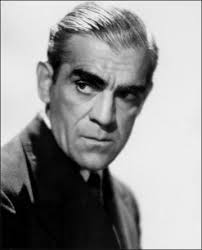 Now, this is an odd one. While most of us now think of Boris Karloff as the star of such monster movies as Frannkestein, The Bride of Frankenstein and The Mummy, his impressive physical stature wasn't his only unusual aspect. Karloff was once as famous for his powerful voice - modern audiences might remember this best from the animated How the Grinch Stole Christmas, in which he was both Grinch and narrator. Karloff was the preferred choice for a Doctor Who radio series designed for sale to America, capitalising on the success of the 1960s Dalek films. In the event, Peter Cushing reprised his role as Doctor Who, and recorded an unsuccessful pilot episode, which is now long lost. 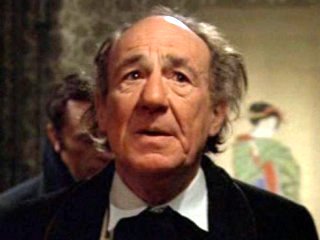 Patrick Troughton was always the first choice to take over from William Hartnell - it's rumoured Harntell insisted upon it. However, there was never any guarantee Troughton would agree to taking in the part, and negotiations began with the respected stage and screen star Michael Hordern. In the event, Troughton took on the role, and secured the programme's future. 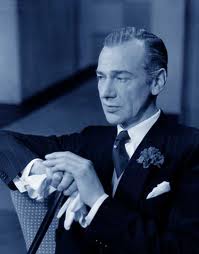 Another actor considered for the second Doctor was Valetine Dyall, well known for his deep, booming voice (not unlike Boris Karloff then). The imposingly tall actor took more voice roles than screen parts, and was radio's 'Man in Black' for years. He eventually joined the Doctor Who fold in 1979, as the evil Black Guardian, a role to which he returned in 1983. Can you imagine him as the Doctor? He would have been terrifying!

Although perhaps not as terrifying as Brian Blessed and his legendarily powerful lungs. Long linked in fan lore as a potential choice for the role of the sixth Doctor, Blessed recently revealed he was offered to take the role of the second. Precisely how formal an offer this was is unclear, particularly considering Blessed's propensity for tall tales. Blessed would have been a mere thirty years old at the time, but still possessed of a prodigiously projectable voice. In 1966, he had just finished a three-year stint on Z-Cars, making him a very recognisable actor in Britain. He would eventually appear in Doctor Who in 1986, as the mighty King Yrcanos in Mindwarp. 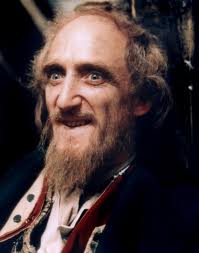 In 1969, following the success of the musical Oliver! Doctor Who producer Barry Letts looked to secure Ron 'Fagin' Moody as the third actor to play the Doctor. It's easy to see Moody playing the Doctor in a similar vein to Troughton, quirky and mercurial. He declined the role, and expressed regret at his decision years later. Jon Pertwee was cast and the show went onto huge success in its colour years. 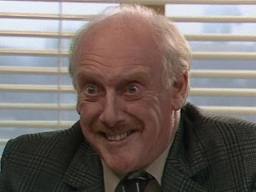 When Pertwee left the role in 1974, a long list of actors was drawn up by Letts and the production team looking for a new Doctor. Early thoughts were to return to an older actor, which led to the addition of Ian Marter as Harry Sullivan, to take on the physical stuff. One actor offered the part was Graham Crowden, who would later join the Doctor Who fold with his, um, unique performance as Soldeed in 1980's The Horns of Nimon, opposite the man who eventually won the Doctor role, Tom Baker. 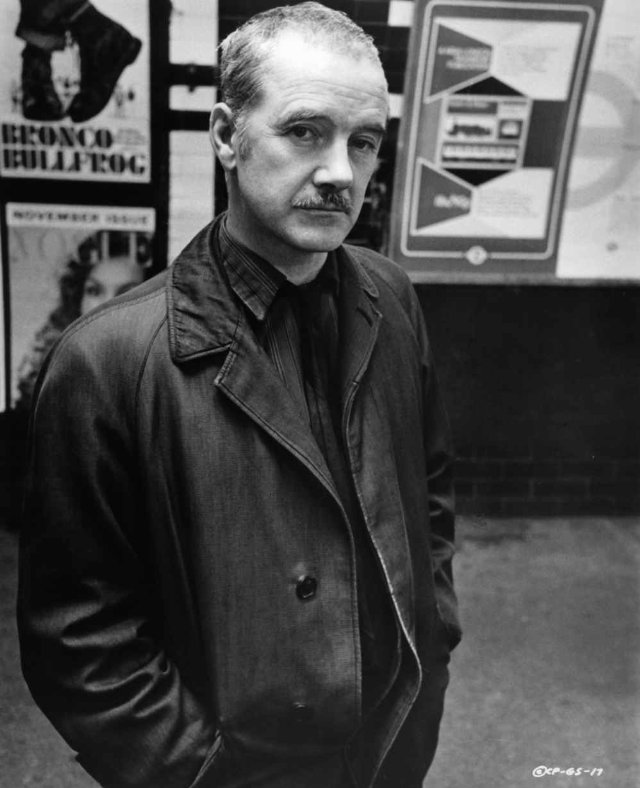 Having already impressed the producers with his performance in 1970 serial Doctor Who and the Silurians, Scottish actor Fulton Mackay was a preferred choice for Letts's team. Indeed, the role almost went to him, but a comedy pilot that he recently shot went to series, and he was forced to choose between the two regular roles. He chose Porridge. 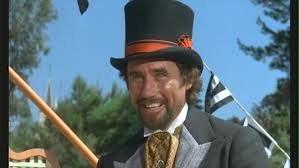 With the search for an older actor bearing no fruit, the Letts and co began to look at younger men. Jim Dale, best known for his Carry On... roles, might seem an odd choice now, but he was very seriously considered by the creative team. To see how it might have worked, try watching his disturbing performance as snake oil salesman Doc Terminus in Pete's Dragon. Other actors who auditioned for the part include Michael Bentine and everyone's favourite grandad, Bernard Cribbens. 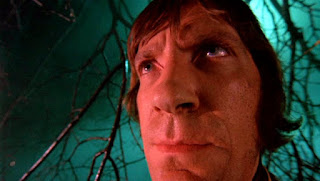 Another name that has been linked with the fourth Doctor shortlist over the years is genre favourite, David Warner. Very recently, he was asked about this in an interview, and has explained that although he was invited to discuss the role, he was never offered the part, and that any talk of him turning it down is hyperbole. In any case, he was already engaged in other work and wouldn't have been able to commit to the role. Warner eventually played the Doctor for Big Finish in 2003, as a version of the third Doctor in Unbound: Sympathy for the Devil, one of many roles for the audio series, and finally appeared onscreen in Doctor Who opposite Matt Smith in the 2013 episode Cold War. 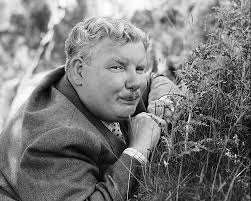 The late Richard Griffiths was considered for the role of the Doctor three times. When Tom Baker resigned, John Nathan-Turner wanted someone entirely different to take on the role; the hefty thespian certainly would have been a contrast to the lanky Tom Baker. In the end, of course, the role went to Peter Davison. Years later, Griffiths was on the mind of casting directors both for the potential 27th season of the show, which would have aired in 1990, and again during the troubled production of the Doctor Who TV movie, which went through various shapes until settling down into the Paul McGann oddity we got in 1996. For Doctor Who fans, watching Withnail and I, with eighth Doctor McGann, potential Doctor Griffiths and spin-off Doctor Richard E. Grant is like some kind of bizarre, parallel universe version of The Three Doctors.

Various actors auditioned for the role of the seventh Doctor when Colin Baker was let go. The list includes such names as Tony Robinson, Dermot Crowley and Chris Jury, who was once famous as Lovejoy's sidekick Eric, but isn't really famous anymore. Strangest of all was Ken Campbell, stand-up performer and 'one man dynamo of British theatre.' His audition was considered 'too disturbing' by the production team. In the end, his protege Sylvester McCoy got the part. At least Jury got a role alongside McCoy in The Greatest Show in the Galaxy, although it'd be great to see Campbell's audition tapes.

Click here for part two, in which we'll explore the potential Doctors since 1990.
Posted by Daniel Tessier at 16:01