REVIEW: An Adventure in Space and Time 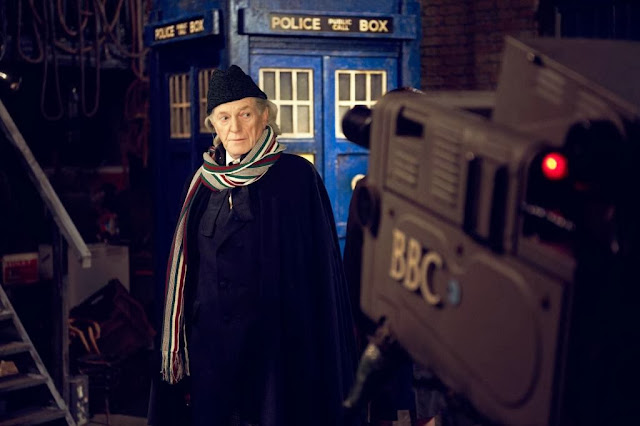 My best friend has three children, and our continual talking about Doctor Who has rubbed off on them. They have Dalek and Cyberman bubble bath and flannels, and are aware that it's a special TV show that they're not quite old enough to watch yet – except for the special clips on Children in Need and Comic Relief telethons. We explained to the eldest, Holly, just why we were so excited about Doctor Who this week; that it was the series' birthday, and that it had first started fifty years ago. She was astonished. To a five-year-old, fifty years is an unimaginable span of time. 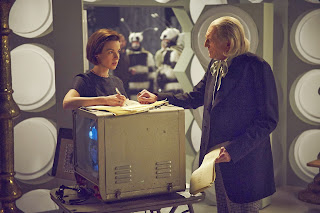 Being only twenty-nine myself, fifty years is still an impressive span of time. By anyone's standards, it's a long time for a TV series to run. Yet, fifty years really isn't so long. Many of the people who were there at the very beginnings of Doctor Who are still with us, still acting and writing and directing now. It lies in that halfway region of time; so long ago that life was very different, suitable for a historical docudrama, yet so close that memories of it are still fresh in the minds of those who were there.


Years after first pitching the idea, Mark Gatiss finally has the industry clout to get these early years brought to life again on screen. Fittingly the very last material recorded at BBC Television Centre, An Adventure in Space and Time is a captivating, moving and intricate look at the beginnings of the now legendary series. From the opening announcement, in classic BBC received pronunciation, reminding us that “you can't change history, not one line,” we are reassured that this production will be a faithful recreation of the events of Doctor Who's earliest days. Nonetheless, there is the necessary dramatic licence. As Verity says in the drama itself, “So many people were at the birth of this thing we'd be here all day.” The play focusses on William Hartnell, with Verity Lambert, Waris Hussein, Sydney Newman and Hartnell's wife Heather being the major characters. There are appearances from a vast array of people who were there at the beginning. Some have a fair share of screentime – Jeff Rawle's likeable turn as Mervyn Pinfield, for a good example – while others are very briefly acknowledged – blink-and-you'll-miss-them appearances by later companions Steven, Dodo, Polly and Ben. 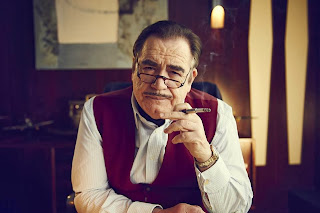 So yes, this isn't a truly faithful account, but how could it be? It's a dramatisation, and such a production requires a few omissions and alterations. There's no room for Anthony Coburn or Bunny Webber. Events are streamlined for ease of telling and effect. An appearance by a caveman at the filming of the pilot episode raises a smile and adds to the sense of chaos at the production. In reality, the Stone Age episodes were filmed later, but the way it is presented here works. And by all accounts, with the exception of the notoriously belligerent Stef Coburn, all those represented in this production are happy with the results. It's beautifully written, and some of the most memorable lines are direct quotes from the real people, such as Newman's famous description of Verity Lambert as having “piss and vinegar” in her veins. There are some wonderful flourishes by director Terry McDonough, particularly a sequence in which the development of the Daleks is laid over the shooting of President Kennedy – what we imagined to be a Dalek's raygun pulling back to reveal a mundane, deadly firearm.


Of course, the true success of An Adventure lies with its cast. David Bradley is absolutely perfect as Hartnell. He strikes a balance between the actor's softer and abrasive sides. We get the sense that this was a man who, while not always likeable or easy to deal with, had a good heart and cared deeply about his work. Hartnell is portrayed as a deeply proud, yet very insecure man. We see his increasing difficulty with the lines and the punishing production schedule, feeling for both him and his colleagues as work on the series gets more and more difficult for them all. When in full Doctor costume, Bradley is the absolute spit of Hartnell. I got a shiver down my spine when he performed the classic speech from the end of The Dalek Invasion of Earth – the original, much repeated scene being included at the end of the play. 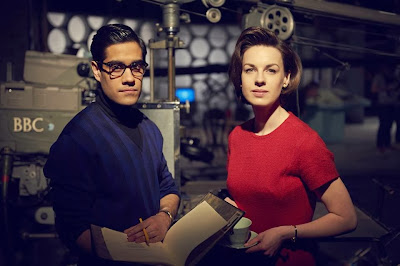 Jessica Raine steals her scenes as the steely yet vulnerable Verity Lambert, embodying a particularly sixties type of class and poise, while Sacha Dhawan is immensely sympathetic as Waris Hussein. The incredible hostility the series' first producer and director must have experienced at the BBC, as a young woman and a gay Indian, must have been immense, and the play gives some flavour of this in the “sea of tweed” BBC bar. The sexism and racism of the BBC in the sixties is not glossed over, nor is it played up. It's present, but not a major part of the story, while Hartnell's own prejudices are lightly touched upon.


The most colourful aspect of the production is the great Brian Cox as Head of Drama Sydney Newman. The flamboyant Canadian masterminded such shows as Armchair Theatre and created The Avengers, before coming along and creating Doctor Who. What a talent, and Cox takes his own impressions of the man – having met him very early in his career – to reproduce his larger than life character. One wonders if a little of Newman's character made it into that of the Doctor. There's an inescapable sensation that those days are encroaching on our own. Aside from the very strange experience Sacha Dhawan must have had playing Waris Hussein with the man himself present, William Russell and Carole Ann Ford have roles in the production, while Jamie Glover and Claudia Grant reenact their earlier careers. 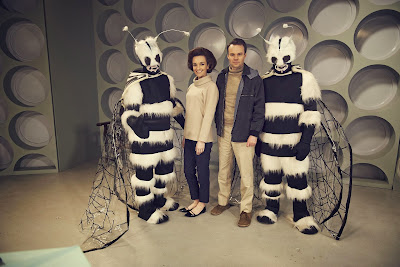 Fanboy at heart, Gatiss peppers the script with cheeky nods to the series. There are brief cameos by Anneke Wills and Jean Marsh. The years are counted down by the TARDIS year-o-meter. There's an undeniable thrill for fans in seeing the original Dalek, Cyberman and Menoptra costumes reproduced on screen, accompanied by the surreal and amusing site of one Cyberman sitting down for a fag break. When we come to the final scenes, the play becomes both poignant and uplifting. The meeting between Newman and a now very ill Hartnell is painful to watch, but nothing compared to Hartnell's outpouring of emotion, at home with his wife. “I don't want to go,” might be an embellishment, even a sly reference, but the scene is absolutely heartbreaking. The overwhelming message is that this was a man who was reinvigorated by the role he was born for, only to have it snatched away due to his declining health. The pain he must have felt upon being replaced is tangible, and it's all in Bradley's subtle yet powerful performance.


Hartnell's final moments in the TARDIS, while marred slightly by a miscast Reece Shearsmith as Patrick Troughton, are all the more affecting for Bradley's dignified composure – you can still sense the turmoil beneath the professional facade. And then, that wonderful, unexpected cameo from Matt Smith – a lovely touch, with past and future making contact once more. It's a beautiful moment in a beautiful play. The only thing that could have improved would have been more time to explore these groundbreaking days and incredibly talented people.