The Other Doctors, Part Two - on Audio 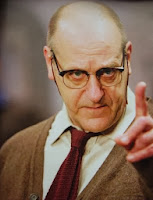 The third series of BBC Doctor Who audios from the pen of Paul Magrs, Serpent Crest featured Tom Baker as the fourth Doctor. However, the Doctor was unexpectedly joined by his second incarnation in the final two instalments. David Troughton had appeared in Doctor Who several times, from the 1969's The War Games to 2008's Midnight, and in numerous audios from Big Finish. Fans frequently suggested he could play the Doctor, either recreating his father's role as the second Doctor or as a new incarnation. In the event, Serpent Crest's more acerbic version of the second Doctor was revealed to be a faulty clone, created from the fourth Doctor's genetic material. 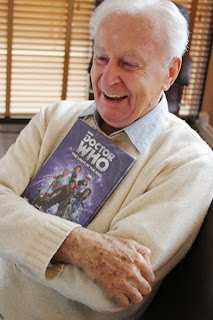 William Russell
The first Doctor
The Light at the End, 2013


William Russell is of course best known to Doctor Who fans as the original male series lead, companion Ian Chesterton. Since 2008, he has performed for Big Finish in the Companion Chronicles and Lost Stories ranges, both reprising his original role and narrating events. As part of this, he had to read lines as the Doctor, and his spirited performance as the original TARDIS traveller led to his casting in the 50th anniversary special The Light at the End. The first three Doctors, now long dead, each made an appearance played by new actors as a tribute.

Frazer Hines
The second Doctor
The Light at the End, 2013 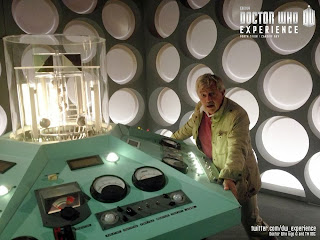 It's much the same story for Frazer Hines, who actually wrote into Doctor Who Magazine when he was missed off their list of Doctors this year. As well as playing Jamie Macrimmon, Hines has spent the last few years providing such a convincing recreation of Patrick Troughton's performance that listeners could be forgiven for thinking they've stumbled across some lost recordings from the 1960s. Hines portrayed the second Doctor in his readings for the Companion Chronicles and Lost Stories, before becoming the second Doctor for The Light at the End. Plus, he cosplays as the second Doctor. Amazing.

Tim Treloar
The third Doctor
The Light at the End, 2013


Tim Treloar might not be a name that rings many bells, but he's a face you'll recognise from numerous appearances on British TV. After several roles for Big Finish, Treloar portrayed the third Doctor in The Light at the End. 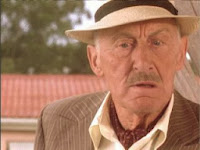 Geoffrey Bayldon
Unbound first Doctor
Doctor Who Unbound: Auld Mortality, 2003
Doctor Who Unbound: A Storm of Angels, 2005
In 2003, Big Finish celebrated Doctor Who's fortieth anniversary with, amongst other things, a special series of 'Elseworlds'-style stories titled Doctor Who Unbound. Each of these releases created a 'What if?' type scenario, and cast a new actor in the role of the Doctor (with the exception of the fourth release, He Jests at Scars, which cast Michael Jayston and asked “What if the Valeyard had won?”) The first release, Auld Mortality, featured Geoffrey Bayldon finally in the role of the Doctor. This was a Doctor who had never left Gallifrey, until his granddaughter, Susan, the President of the Time Lords, came to find him. A sequel, A Storm of Angels, saw the Doctor and Susan wreak havoc through history once they finally left Gallifrey to go travelling. 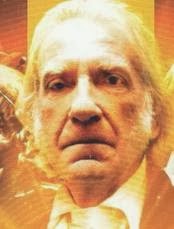 
The second release in the Unbound range featured David Warner as an alternative third Doctor, arriving on Earth for his exile years too late. Materialising in Hong Kong 1997, on the eve of the handover, the Doctor discovered how the world had coped without him for all those years. Warner played the Doctor totally straight, in a note perfect performance brimming with quiet authority. Pairing him with Nicholas Courtney as a disillusioned ex-Brigadier was a brilliant touch. At the end of Sympathy for the Devil, the Doctor and Alistair escaped in the TARDIS, only to face Davros on Skaro in the final Unbound release, Masters of War. 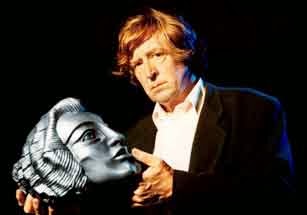 
David Collings had previously appeared in the series as Mawdryn, as mutant who posed as a post-regenerative Doctor, in Mawdryn Undead. He finally played the Doctor for real in Full Fathom Five, which posed the question “What if the Doctor was an utter bastard?” Well, it was a little more sophisticated than that, but the Collings Doctor, trapped on Earth for decades, really was a piece of work. Unsurprisingly, many fans took exception to a Doctor who swore and packed a gun, but Collings was incredible as an uncompromising version of the Doctor convinced that the end justified the means. As for which incarnation he was, we just don't know. All we know is that he wasn't the last, but had used up most of his lives. Was this an alternative version of the Doctor, or just one who had yet to come to pass? 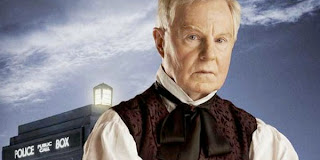 Originally intended as the last release in the range, Deadline got bumped up to fifth. Rather than a Doctor Who story, this was a story about Doctor Who, in which a fictionalised account of the series' conception was recounted by Martin Bannister, a has been scriptwriter. In a world where Doctor Who was cancelled before it had even begun, geeks read Juliet Bravo Magazine, and Bannister stews in retirement home, thinking what might have been. It should come as no surprise that Jacobi was astonishingly good as the bitter Martin Bannister. It's later, as the lines between reality and fantasy blur, that Bannister begins to believe that he is Doctor Who, and escapes from his miserable life. It's maybe no coincidence that Jacobi eventually appeared as the very Hartnellesque Professor Yana in the series proper, before becoming one of the very few actors to have played both the Doctor and the Master.


The sixth and final release of the original Unbound series, Exile was a comedy alternative to Sympathy for the Devil, in which the Doctor escapes his exile at the hands of the Time Lords, he then hides out on Earth, committing suicide in order to undergo a sex-change regeneration to facilitate his disguise. The new, female Doctor then gets a job at Sainsbury's and spends her Friday nights boozing and being sick. It's all most odd and not very funny, with no exploration of what a female Doctor might be like – with the exception of one scene, in which the Doctor is hit on by a handsome bearded man whom she mistakes for the Master. 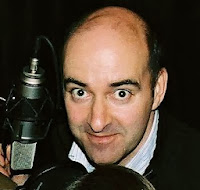 
Nick Briggs, Big Finish supremo and voice of the monsters in the new TV series, has been playing the Doctor in one form or another for decades now. He started out writing and starring in a highly regarded fan audio series called the Audio Visuals. Following this came more professional work for BBV Productions, including as the mysterious Wanderer known only as Fred (who wasn't the Doctor at all, honest). Part of Big Finish since its beginnings in 1999, Briggs has had numerous roles, including various iterations of the Doctor. He was the insane Gideon Crane in Minuet in Hell, who had absorbed the Doctor's memories and believed himself to be the Time Lord. He was an alternative second Doctor in Exile, regenerating into Arabella Weir. He regenerated into Trevor Martin in the audio remake of Seven Keys to Doomsday. He's made some visual apperances as the Doctor too – not only was Nick Scovell's successor in the stageplay version of The Dalek Masterplan, the Audio Visuals Doctor turned up in the DWM comic strip twice. In 'Party Animals' he met the seventh Doctor, and later portrayed an ersatz ninth Doctor in 'Wormwood.' Surely the most prolific 'extra' Doctor of all. 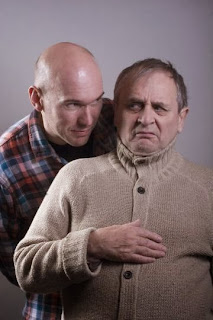 
Another follically challenged Doctor appeared in this special Big Finish box set, encountering Sylvester McCoy's seventh Doctor and ingratiating himself with UNIT. This flamboyant, camp and overly tactile incarnation was from so far in the future that he could barely even remember his seventh life, and it seemed as though he had lost some of his morals along the way. In the end, of course, it turned out he wasn't the Doctor after all... which was a bit of a shame, because he was rather wonderful in the part.

Email ThisBlogThis!Share to TwitterShare to FacebookShare to Pinterest
Labels: audiobooks/audioplays, Big Finish, Doctor Who, Other Doctors