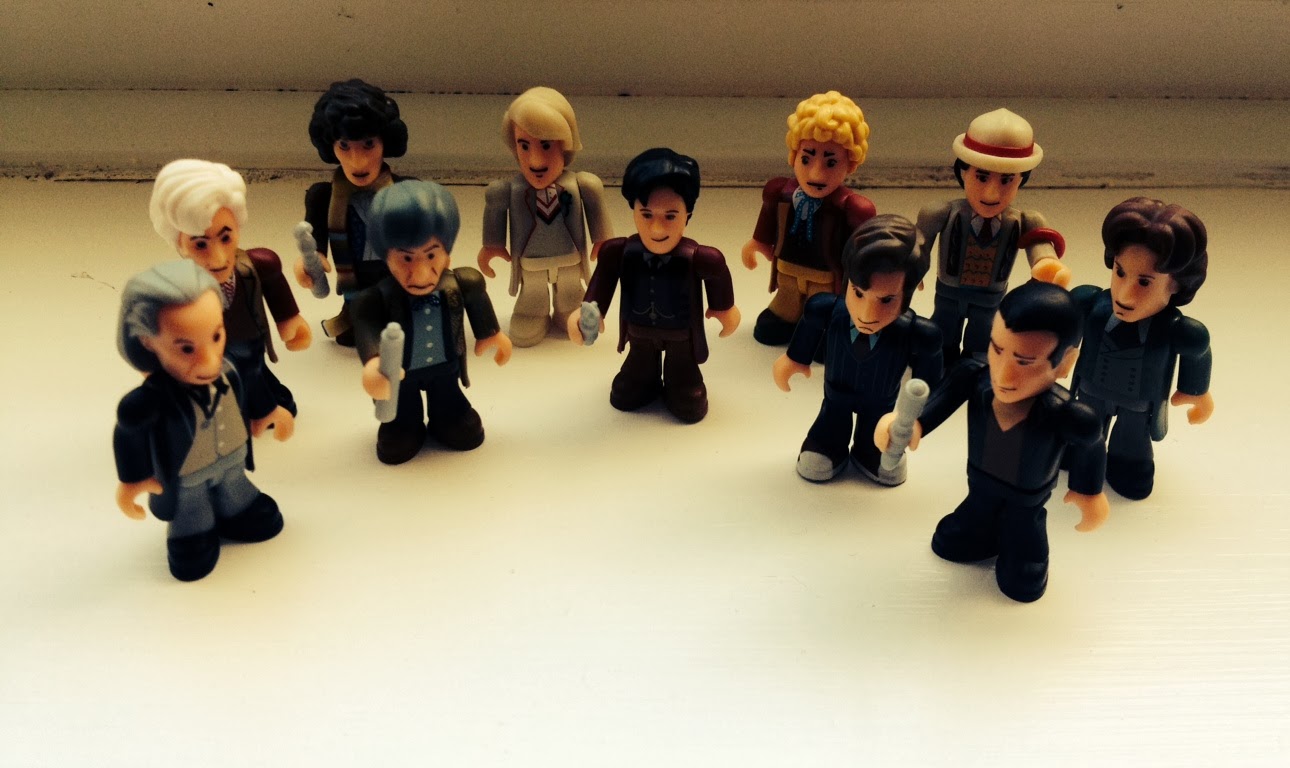 Having finally completed my eleventh Doctor piece (look, I was a bit Doctor Who'd out after Christmas, regular nonsense shall resume shortly), it seems as good a time as any to look back over the year-and-a-bit long project. It seemed like a fine idea to explore and analyse the changing face of the Doctor and the series for the anniversary year. How well it came out, well, I'll leave the readers to be the judge of that. The articles seem to have been fairly popular. I enjoyed writing them, even the rather long tenth Doctor piece. Well, he did technically count as two incarnations, so why not go on a bit longer?

Below are quick links to each of the eleven main articles, followed by the four 'Side-Step' articles that covered some of the extra incarnations of the Doctor. Which Doctors were included in this was a little arbitrary. I decided to write about the other first Doctor, Richard Hurndall, who stood in for the late William Hartnell in The Five Doctors. He counts as a Doctor to me, even if he is standing in for another actor. The same goes for Peter Cushing; the movies may not be canonical Doctor Who, but they are a major part of the experience, and some of the first Doctor Who that many of us saw. Richard E. Grant was the official ninth Doctor for all of a few months, and in the Wilderness Years, this was a big deal. And naturally, John Hurt's War Doctor is included, but is a Side-Step by dint of arriving out of sequence and not warranting a full-length essay due to his reduced screentime.

Brief accounts of yet more versions of the Doctor can be found in the "Other Doctor" articles, listed right at the end. Happy reading, Who-heads.

The Other Doctors:
1) On Stage and Screen
2) On Audio
3) Pasts, Potentials and Parallels
Posted by Daniel Tessier at 13:23

Email ThisBlogThis!Share to TwitterShare to FacebookShare to Pinterest
Labels: Doctor by Doctor, Doctor Who