2.4) The Outrageous Okona
or
Marky Sue


The Mission: Intervene in an interplanetary treaty that is rapidly deterioriating.


Planets visited: The two planets of Atlec and Straleb were colonised some centuries ago by a humanoid species, and now exist in a precarious peace as the Coalition of Madena. 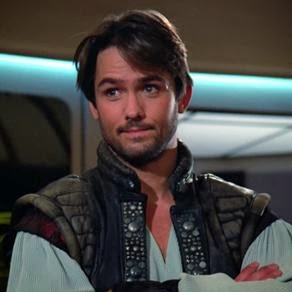 Stellar Cartography: Atlec and Straleb exist in the Omega Sagitta system. There is a constellation called Sagitta – representing the arrow – but the stars do not go as far as Omega. Presumably, the constellation gets expanded in between now and the 24th century (although it should really be Omega Sagittae).


Trek Stars: William O. Campbell, aka Billy Campbell, plays Thadiun Okona. He also auditioned to play Riker, coming second to Jonathan Frakes. Okona is a painfully Mary-Sue character, marching onto the ship and charming everyone in sight. He dresses like Han Solo, chats up every woman he meets, Riker admires him, Wesley fancies him and is the focus of the whole episode. Just in case we didn't realise that he is a “rogue,” Troi explains it to us laboriously.


The Picard Manoeuvre: Clearly finds Okona as irritating as I do. He seems incredibly frustrated by the political situation that Okona has created between the leaders of the two planets (one lot thinks he's nicked a precious jewel, the other thinks he's knocked up his daughter). He has no authority to arbitrate, the leaders won't listen, and they're so hopelessly outgunned that getting into a firefight would be horribly unethical.


Number One: Clearly impressed with Okona's lifestyle and sexy skills.


Elementary, Dear Data: He's an android, not a robot. There's a protracted and painful B-plot in which Okona inspires Data to try to develop a sense of humour. This involves Data trying to learn jokes and watching a shite stand-up routine in the holodeck. “What is funny?” he asks. Not this.


Sexy Trek: Okona bangs three female crewmembers, including the first woman he sees, a transporter operator played by a pre-fame Teri Hatcher, who doesn't even get credited. The leader of Atlec thinks he's got his daughter pregnant and demands that he marries her, but it's really down to the son of the governor of Straleb.


Double Entendres: “May I at least watch?”


Future Treknology: The alien ships are armed with lasers. They can't even touch the Enterprise.


The Verdict: Awful. Aside from a couple of amusing moments (Picard muting the aliens is quite good), this is bog standard Trek barely enlivened by a naff central character. The actors playing the heirs to Atlec and Straleb are awful. The whole thing is painfully sexist and not nearly as funny as it's desperately trying to be.


The Mission: Transport the legendary mediator Riva to a wartorn planet.


Solari: Bestial looking humanoids who are split into two factions, and have been fighting so long that they've almost wiped themselves out. Ridiculously aggressive sub-Klingons. 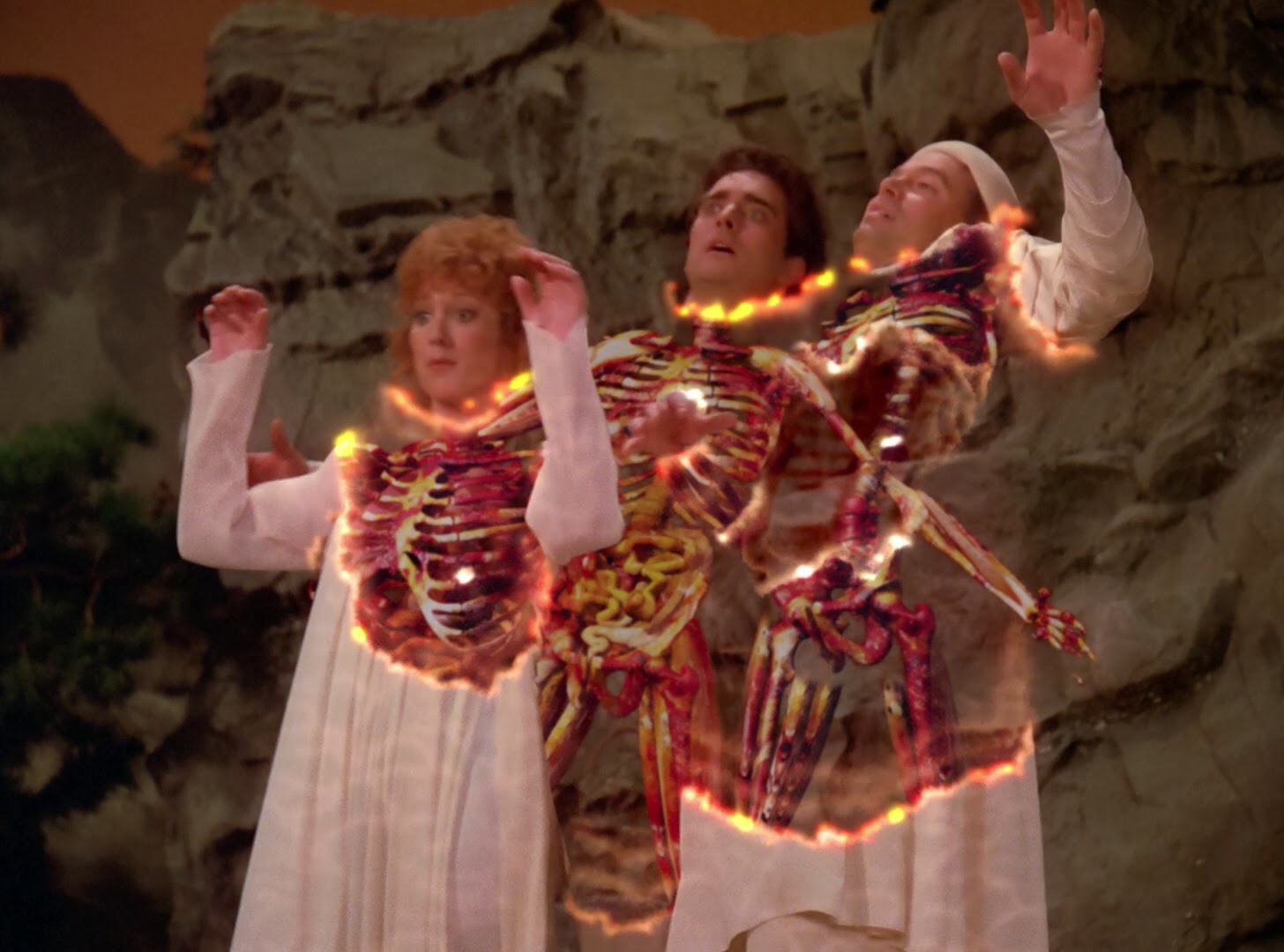 Riva: (I'm assuming he's an alien; it's entirely possible his people are a human colony.) Riva has a congenital neurological disorder making him completely deaf and mute. He has three interpreters, his “chorus,” who read his mind and speak for him. The interpreters are almost a part of him, but in his arrogance in dealing with the Solari, he puts them in harm's way and they are killed.


The Picard Manoeuvre: Feels obliged to greet Riva personally. Deals with him pretty well when he panics after his chorus are killed. Doesn't really do much this episode, though.


Number One: Doesn't think it's Starfleet's job to police the galaxy. He's generally snippy this episode.


Son of Mogh: Has a difficult time confronting Riva, due to his history with the Klingons. Before the diplomat negotiated an agreement between the Federation and the Klingon Empire, the Klingons had no word for 'peacemaker.'


Geordi Shore: Disability and uniqueness is a theme in this episode, so naturally Geordi talks about his blindness. He feels no resentment to his condition, considering it a part of him. He turns down the offer of having his eyes regenerated, unable to give up the benefits of his VISOR, despite the pain it puts him through.


In Therapy: This is quite a strong episode for Troi, despite the fact that her psychic abilities are clearly not up to the task of interpreting for Riva. The two of them have an awkward romance before the tragedy. She manages to persuade Riva to continue working with the Solari.


Future Treknology: The Solari blasters disintegrate their victims in a horribly nasty way, dissolving their flesh away from their bones. Lovely stuff.


The Verdict: The central concept is interesting, and the final solution, to encourage peace by getting the two sides to learn sign language, is a clever and fitting one. But the episode itself is dull and talky, with little sense of jeopardy due to the Solari being completely faceless ciphers. There's probably a more interesting story here. Some exploration of how the interpreters felt about their lot might have been worthwhile. Probably a better idea for a short story than a TV episode.

2.6) The Schizoid Man
or
Data-Snatcher


The Mission: Answer the distress calls of both Dr. Ira Graves and the colonist ship USS Constantinople.


Planets visited: Gravesworld: The self-named base planet of Dr. Graves and his assistant Kareen. It's a habitable but ringed planet. 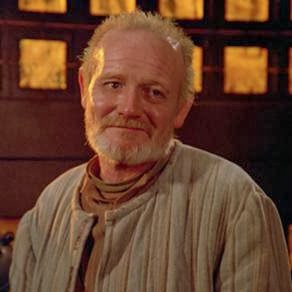 The Picard Manoeuvre: Among the first to realise something is up with Data, and the one who finally realises what's happened. He manages to talk some sanity into Graves, but gets smacked into a bulkhead for his troubles.


Elementary, Dear Data: He's grown a “fine, full, dignified beard.” Then invites Geordi and Troi round to see. “When I stroke the beard thusly, do I not appear more intellectual?” Graves presents himself as Data's grandpa, seeing that he originally instructed Professor Soong. Under Graves's control, Data acts completely out of character, but no one realises what's going on for a long time. Brent Spiner is clearly having a great time playing the increasingly unstable old git.


Son of Mogh: Worf gets uber-insulted, first by Graves's assistant Kareen, who asks if he's Romulan, and then by Graves himself, who says that while they don't look alike, Romulans and Klingons do act alike. Worf looks like he's going to eat them.


Future Treknology: Not content with a saucer separation, Picard decides to deal with having two rescues to meet by authorising a near-warp beaming, dropping out of warp for a second in time to beam the away team to Gravesworld.


Graves, the foremost authority on cybernetics, has found a method of transferring his knowledge and experience into a computer. Faced with death, Graves uses his technique to transfer his mind into Data. Eventually, he survives only as knowledge in a databank.


Sexy Trek: He might be a chauvinistic old bastard, but Graves is right: Selar is hot. But Graves is more interested in his perky blonde assistant Kareen. Sadly, we don't get a scene in which he discovers that Data is “fully functional.”


Space Bilge: How can Troi sense Graves's emotions in Data? He's still artificial, she shouldn't be able to read him.

The Verdict: Good fun, with some great work by the regulars. But it takes the crew ages to work out what's going on. Considering how often people get possessed in this franchise, you'd think that would be the first thing they'd check.
Posted by Daniel Tessier at 17:56