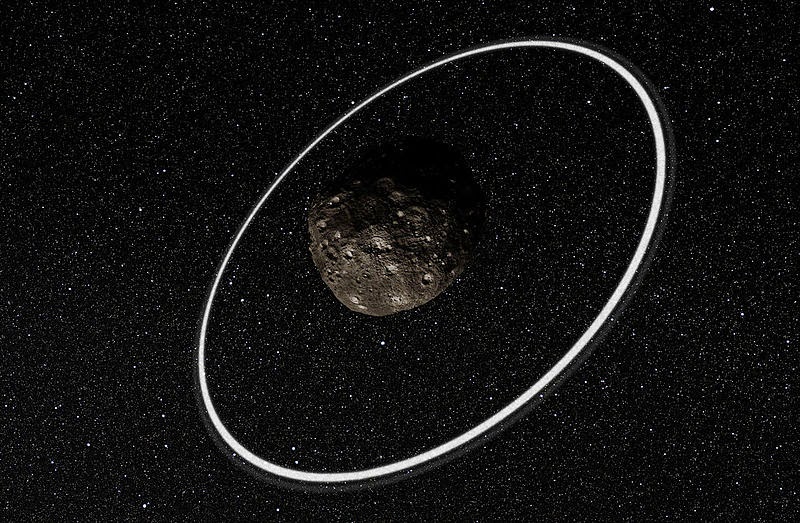 Two particularly interesting discoveries made in the outer regions of the solar system have been reported in the press.

The centaur Chariklo - an icy body in a solar orbit between Saturn and Uranus - has been shown to have two thin rings, akin to the rings that surround the giant planets, most notably Saturn, but also Jupiter, Uranus and Neptune. It's the first rocky body found to have rings, and by far the smallest. Edit: I've since been informed that the Saturnian moon Rhea might have a ring system, although this is far from certain. It is considerably larger than Chariklo, however.

ESO link to article on Chariklo.

Secondly, a 2012 discovery of a small planetoid in the Scattered Disc region of the solar system, of a type similar to 2003's discovery Sedna. Like Sedna, 2012 VP113 has raised questions about the structure of the solar system and the number of planets. While Sedna was, briefly, in vogue as a potential tenth planet - it is really more like a large, long-period comet - VP113 is thought by some to indicate that a larger, planet-sized body may be lurking in the outer reaches of the solar system, disrupting the comets and other small bodies that form the Oort Cloud.