Today, we learned of the deaths of two legends of the acting world. Neither was a surprise; they were both old men, at the end of long, varied and remarkable careers. Both, however, will be sorely missed. 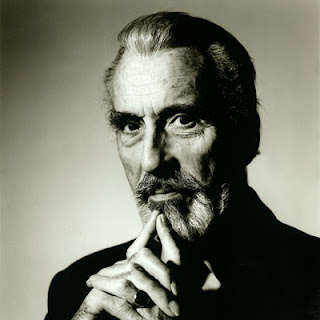 Sir Christopher Lee was born in London in 1922; he died on June 7th. He was 93 years old. He began acting on film in 1947, and continued acting up until he died (his intended final film, The 11th, will be released next year). His list of credits gives tell to an astonishingly prolific career. He was Saruman, Count Dooku, Sherlock and Mycroft Holmes, Fu Manchu, Lord Summerisle, Dr. Jekyll and Mr. Hyde, le Comte du Rochefort, Death and Scaramanga (and he was supposed to be Dr. No, but events conspired against him). His Hammer horror credits alone are impressive: the Monster, the Mummy, Sir Henry Baskerville and, most famously, Count Dracula, in several productions. His friendship with frequent co-star Peter Cushing was legendary, and he never really got over his friend's death in 1994.

Lee's life outside of acting was even more remarkable than his roles. He played Rasputin? So what, he'd met the man's assassin. He volunteered for the Finnish Army and fought in the RAF, and was assigned to the effort to track Nazi war criminals at the end of WWII. He led a distinguished career in the Special Forces, about which he remained very secretive throughout his life. When asked by a director to imagine what sound a man would make as his throat was cut, Lee quietly replied that he didn't need to imagine it. He was fluent in five languages and proficient in three more. His final years were marked by a burgeoning career in metal music. He meshed heavy metal with opera to great acclaim. He was a Knight Bachelor, a Commander of the British Empire, and a Commander of the Venerable Order of St. John, and bore the arms of the Holy Roman Empire. The man was, simply, a legend. 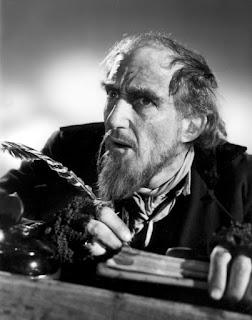 Ron Moody was born Ron Moodnick in 1924. He died today, the 11th of June, aged 91. It's easy to feel sorry for him, as the announcement of his death has been somewhat overshadowed by that of his fellow actor, but Moody was a prolific and talented actor himself. He will always be best known for his role as Fagin in the musical Oliver!, a role he reprised several times, but he had many other charismatic performances. He was the wizard Merlin in Disney's A Kid in King Arthur's Court, Sir Isaac Newton in Revelation, and Uriah Heep in the 1977 adaptation of David Copperfield. He appeared in many television series, both on screen and through voice acting. He was, notoriously, offered the role of the Doctor by the Doctor Who production team in 1969, to take over from Patrick Troughton. He always regretted turning it down, although he did play a Time Lord-like alien in the children's series Mike and Angelo, in which he had a memorable turn as Angelo's father. (I have an elaborate and ridiculous theory that he was, in fact, the second incarnation of the Doctor's enemy, the Meddling Monk.) He eventually made an appearance in Doctor Who in the 2005 audioplay Other Lives, as the Duke of Wellington.

Two mighty lords of acting, taken from us. Great men.
Posted by Daniel Tessier at 20:02