REVIEW AFTER THE BREAK - SPOILER HEAVY! 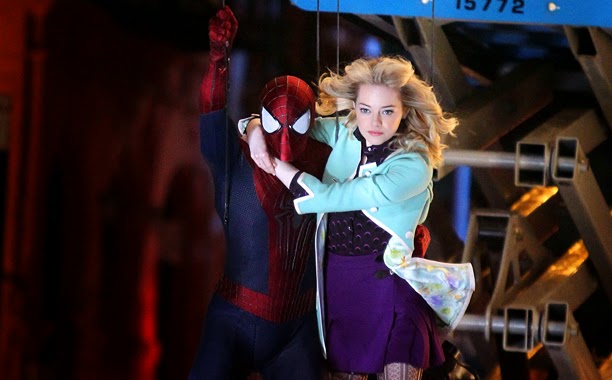 Gwen Stacy, of course, was doomed from the start.


Way back when, the death of Gwen shook the comics world. The 1973 run of The Amazing Spider-Man featured a storyline that culminated in her death due to the violence of the Green goblin, and more significantly, the failure of Spider-Man. It was a moment of painful reality intruding into the absurd world of Marvel, real physics suddenly taking over from comicbook physics as Peter Parker's vain attempt to save his lover merely to make himself responsible for her death. Suddenly, the stakes were higher. Major comics characters could be killed. Heroes could fail. While this was a necessary and powerful development of comics storytelling, it also kickstarted what has come to be known as “the Gwen Stacy effect”: the unfortunate tendency of female characters to suffer disproportionately in fantasy, in order for their heroic male leads to suffer by proxy. Like it or loathe it, it was a turning point.


So, from her inclusion as Peter Parker's first love in the rebooted Amazing Spider-Man movie franchise, Gwen was doomed. It was unlikely, if not unthinkable, that her death would not be included in the films. While it need not have happened the same way as in the comics – although, in the event, it was essentially the same – we were waiting for it. As much as I enjoyed The Amazing Spider-Man 2, and I really did enjoy it, I was waiting, wondering if it would be this film or the next in which Gwen would die. The further into the film we were, the more certain it became. This was why she was here, after all.


It's a painful moment in an otherwise buoyant film, all the more so for its inevitability. Throughout, this is what Peter fears: that George Stacy's warning to him, to stay away from Gwen, was the right thing to do. He knows it's true, but he can't stay away. Even when they separate, he's following her, in that Hollywood beloved fashion. (If it's a movie, it's romantic. If it's real life, it's called stalking and is a crime.) What makes it all the worse is that Gwen is so perfect for Peter, and for Spider-Man. She's just as compassionate as he is, but less self-centred, and is also more resourceful and intelligent. Spider-Man saves the awkward Max Dillon and reassures him with platitudes, understandably unaware that the maladjusted individual will fixate upon this. Gwen, in contrast, meets him in a mundane situation and speaks to him on an ordinary, human level, with genuine sympathy (if some discomfort).


The choice of Max as Electro for the primary villain role is a canny one. While he is a caricature nobody, he remains a sympathetic, even empathetic, character. Anyone who has felt overlooked, mocked, or unloved can understand how Max feels. Admittedly, his fixation on Spider-Man, and it's development into obsessional hate, and finally, a delusion of godhood, it's dramatically over-the-top, it's nonetheless more believable, easier to grasp, than the majority of supervillain roles. Equally, using the young Harry Osborn as the Green Goblin, rather than his father, makes the rivalry with Spider-Man more personal and feasible. Again, the rapid escalation from the frightened but fundamentally reasonable Harry, to the desperate creature he becomes, and finally the armoured maniac, is hard to swallow. Yet a young man's fear of mortality is easy enough to understand as a motive.


If anything, it's the sheer speed necessary, even in a film of quite respectable runtime, to develop two villains from origin, through alliance, to defeat, that is the story's greatest flaw. Trailers and clips, of which there were many, led us to fear this sequel would be overloaded with villains. This isn't quite the case. The Rhino is a comedy sidenote, albeit reinvented to be slightly more acceptable than just a guy who runs at things, while teases for other iconic Spider villains are just that, teases. Nonetheless, the story struggles under the weight of having to tell so much. It's a hectic experience, balancing romance, tortured friendship, some genuinely funny comedy and action setpieces. All this while setting up future instalments (Felicia Hardy is introduced, as is Alistair Smythe and the beginnings of the Sinister Six, although Mary Jane Watson has been cut completely.) 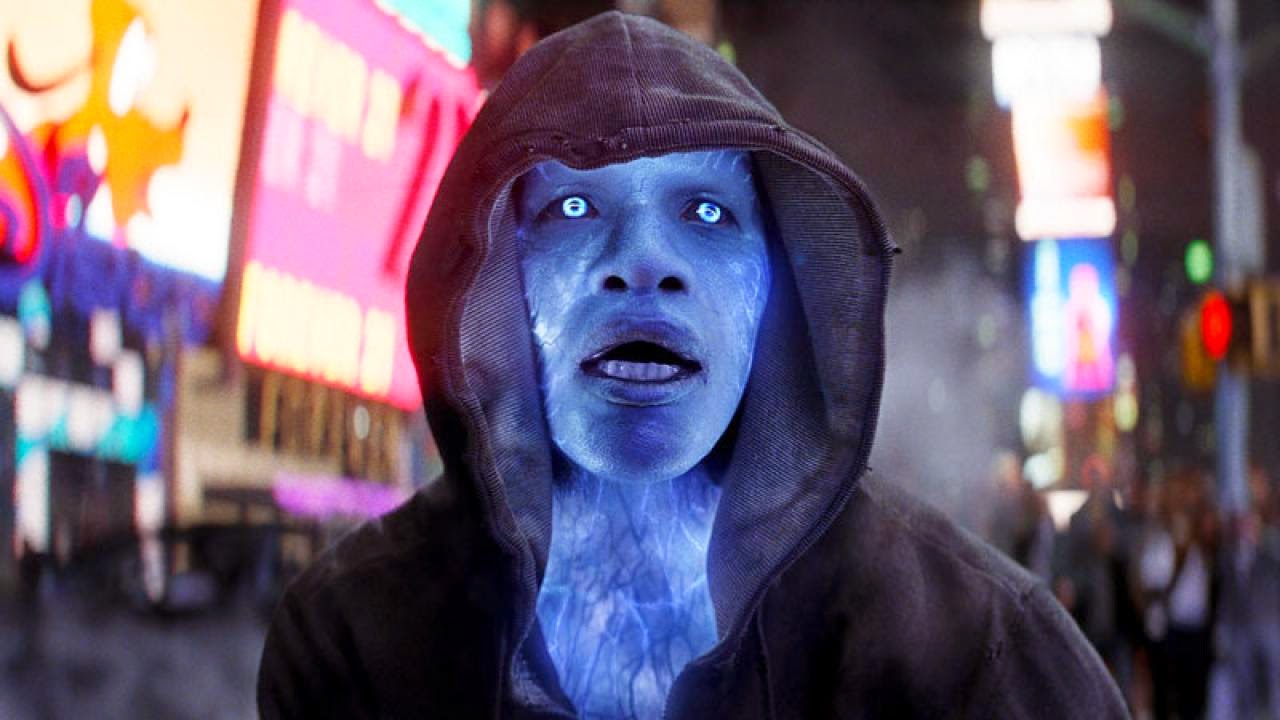 It's certainly impossible to get bored with the film, in spite of its length, with so much going on. Visually, it's stunning, with impeccable visual effects that paper over the cracks between real stuntwork and CGI web-slinging, something none of the previous four movies quite managed. The film does perhaps climax too early, with none of the many battles quite having the same impact as Electro's first Big Apple showdown with Spidey. The monster design is a triumph too, with an Ultimate Spider-Man influenced Electro banishing thoughts of the ridiculous lightning-masked original. The Osborns, too, are well realised, with Norman's deathbed deformities hinting at the final transformation his son will suffer. The Spectacular Spider-Man would perhaps have been a worthier title.


The cast are, thankfully, mostly up to the task of carrying the film. Andrew Garfield remains a charismatic lead, if not the most sympathetic one. The joyful opening moments, in which Spider-Man leaps fearlessly off rooftops, only to charge into his lover's arms, are breathtaking, and Garfield's broad grin carries it. We want this guy to be having a great time, which means his fall from grace is affecting. Emma Stone is the real star here, though. Captivatingly beautiful and sparking with energy, she steals every scene off her co-star, and wisely she isn't sidelined even during the midsection of the film, in which Gwen and Peter are apart. Dane DeHaan cements his reputation as one to watch with a magnetic yet uncomfortable performance as Harry Osborn. Marton Csokas is the standout among the lesser roles, with his hilariously camp mitteleuropean scientist Dr Kafka. (“Ooh, you're Electro!”) The only weak link is Jamie Foxx, an excellent actor but miscast as Max Dillon.

Some may decry the revised origin story for Spider-Man, and it does add yet another layer to an already busy movie. Nonetheless, the mystery of Peter's parentage makes him seem all the more special and adds something fresh to a story that was well-explored onscreen not long ago. Ultimately, though, the core of this film is the relationship between Peter and Gwen, the consequences of their involvement together, and the final inspiration that Peter takes from his love's life, not her death. A huge improvement on the previous instalment, it doesn't quite manage to be the best of the Spider-Man films (still 2004's Spider-Man 2), but is nonetheless a successful and hugely entertaining superhero flick.
Posted by Daniel Tessier at 00:27