Nine villains who should appear in new Doctor Who


A lot of fans love The Celestial Toymaker, for some reason. I'm not really sure why. It's dull, ill thought out, and horribly racist. Still, the Toymaker himself is a good concept, one that is ripe for an update and a rethink. You'd need to scratch out all that racist orientalist stuff - just the Toymaker, no 'Celestial' appenditure. 'Celestial' is a lovely word, meaning 'cosmic' or 'of the stars,' but it is also an old-fashioned term for the Chinese. Given that the original Toymaker was played by Michael Gough dressed as a Mandarin in an archaic Chinese parlour, making an 'inscrutable Asian' sort of face, I don't think we can give the producers of this story the benefit of the doubt. And that's before they started throwing the N-word around, which wasn't acceptable for children's television even in 1966.


Take the character back to basics: a powerful alien being that creates living toys and sets monstrous games for its victims. Strip away all the questionable 'Celestial' stuff, and you've a villain for a fun, creepy episode with a hint of sixties Batman to it. 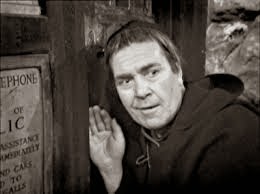 The first adversary we ever met from the Doctor's own people, the Monk was fabulous fun, a mischievous time traveller who tinkered with history for the joy of it. Played by Carry On... star Peter Butterworth, he went up against the first Doctor twice, and had a run-in with the Daleks. A rather more dangerous version of the Monk since went up against the eighth Doctor, now played by former Goodie Graeme Garden. Cheeky and capricious, the Monk has set his sights on perfecting history, ironing out the errors and remaking it.


I'd not be at all surprised to see certain Time Lords escape from the Gallifreyan exile and return to the universe at large, now that the Doctor is on a quest to rediscover his homeworld. While we're bound to see the Master again at some point, a new incarnation of the Monk would fit in nicely with the more mutable version of history that we see in the series now. I could see someone like Stephen Fry playing him (after all, he's in everything else). 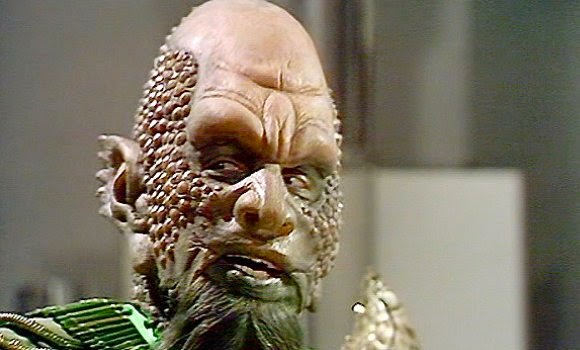 Now that the Zygons have finally reappeared, the Draconians are the fans' favourite one-off monster. Even in 1973 it was a brilliant make-up job, so imagine how good they could look now. A civilisation of noble reptilian warriors, they're rather like the reinvented Klingons, but better, and fifteen years before The Next Generation. The series has taken a fairer hand with alien cultures lately, with the Silurians and Ice Warriors reintroduced as complex peoples with as much variation as mankind. We even have a nice Sontaran. The Draconians could take their place as a broad civilisation out in the stars.
race.


The Sontarans were the fourth big baddie to come back, following on predictably after the Daleks, the Cybermen and the Master. Since then, they've become part of the background of the series, called on whenever some extra alien heavies are needed. We're well overdue a proper Sontaran story, and one thing we haven't seen on TV, in the whole history of the series, is the conflict between the Sontarans and their mortal enemies, the Rutan Host. The two species have been at war for ten thousand years, and we've never seen them on screen together, unless you count the Adventure Games. It's about time. 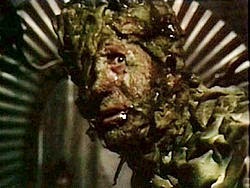 We love us a bit of body horror. The original series got away with some shocking stuff, at least until Mary Whitehouse got her way. The Krynoid could work fantastically again today; horrific plant life that infects a human host, slowly transforming him into a shambling mound of vegetable matter. In the 1976 serial The Seeds of Doom, Tom Baker put in an intense performance that totally sold the threat to the Earth when the Krynoid landed. Imagine Capaldi in the same role? Alternative extraterrestrial infections such as the Wirrn would do just as well.


The giant spiders of Metebelis III ended the third Doctor, and returned to face the eighth on radio, thirty-odd years later. Russell the Davies made several plans with his co-writers to bring back the Eight Legs in an invasion of Earth in The Sarah Jane Adventures. However, this never came to pass, the writers unable to square the spiders' defeat at the hands of Sarah Jane with their besting of the Doctor back in 1974. The Eight Legs were not the best realised of props, although they were more effective than many fans suggest, but imagine how brilliant they could look today. The twelfth Doctor facing Shelob, two eyes staring down eight, would be a sight to see. 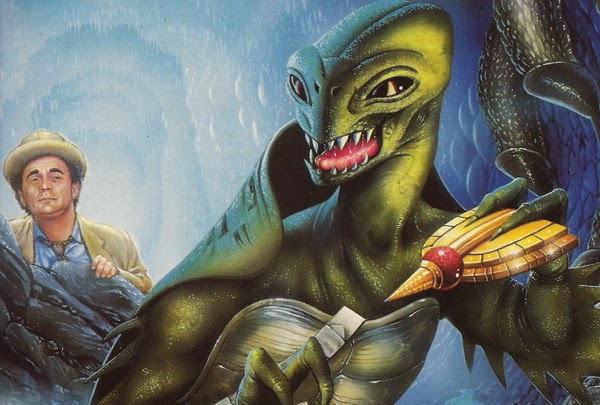 
Gareth Roberts created these beasties for his novel The Highest Science, and they became recurring foes for the seventh Doctor in the New Adventures. At once stage, Roberts and Davies were going to use them in Planet of the Dead, a story very vaguely based on the aforementioned novel. It's about time we saw them on screen. Giant, green, hermaphroditic, cyborg tortoises – what's not to love?


The Eminence is a being created by Matt Fitton for the Big Finish audio plays, and is perhaps the perfect audio villain. Nothing more than a voice – the voice of David Sibley, in fact – the Eminence is a powerful intelligence from the edge of the universe, determined to conquer all of space and time. The sixth and eighth Doctors have already faced it, with the Doctor's first encounter, in his fourth incarnation, upcoming. The Eminence sends itself out in gaseous form, inhabiting the bodies of human slaves and turning them into his Infinite Warriors. It's rather like a more effective version of the Great Intelligence, and could make a formidable threat. And it wouldn't cost much, saving money after all the spending on giant spiders and Rutan shapeshifters. 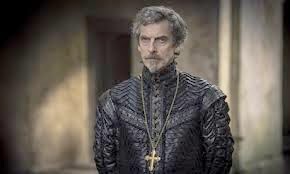 Doctor Who has a long tradition of having the Doctor meet individuals who have a surprising resemblance to himself. William Hartnell played the Abbot of Amboise, Patrick Troughton faced himself as both the Doctor and the dictator Salamander, and Colin Baker got to shoot his predecessor Peter Davison, as the Gallifreyan guard Maxil. Twelfth Doctor Peter Capaldi has already appeared twice in the franchise, as the Pompeiian Caecilius and Frobisher in Torchwood. Supposedly, some kind of explanation for this repetition of forms is coming once Capaldi takes over as the Doctor.


With this in mind, and given the success of the BBC's new series The Musketeers, howsabout a crossover? Capaldi is unable to reprise his role as the Cardinal Richelieu due to his commitments to Doctor Who, but given a crossover production, what's to stop the twelfth Doctor meet his lookalike in 16th century France?

Email ThisBlogThis!Share to TwitterShare to FacebookShare to Pinterest
Labels: Doctor Who, monsters