By the fans, for the fans

If you're a Doctor Who fan, and you're missing the show now that first mini-season has finished (only five episodes and now we have to wait till Christmas? Bah!) then you should take a gander at these. Two fan productions, just released, that will help fill the TARDIS-shaped hole in your life.

First of all, there's the third and final part of Power of the Daleks, the reimagined version of the lost Patrick Troughton classic. Adapted, directed and starring Nick Scovell, this is twenty-three minutes of cracking Dalek action. Produced by TNT Films and with music by Everybody Else, this is well worth watching if you need a little extra Who to keep you going till the winter. Don't worry if you're already super-familiar with the original serial; Nick and co. have reworked the story into a riveting modern adventure. The Daleks look fantastic, and sound even better, with voices by official BBC Dalek supremo Nick Briggs. Watch part three here, or go back and watch it from the beginning.

Not enough? Prefer your fiction a little more literary? Not to fear, for the Doctor Who Project, the acclaimed Canadian Doctor Who fanfic series has just published the first story in its new season (the thirty-eighth!), 'The Mask of Anhur' by the very talented Robert Mammone. This is my reading for tonight, if I've been good and done all my chores.

Sorry to say I shan't be contributing to Season 38 after all. My on-again, off-again story has finally switched to off. I have had some real issues getting this piece right, and not enough free time to give it the focus it deserves. But not to fret - 'Timebase' is still a work in progress, and TDWP chief Bob Furnell and I plan to release it in the near future, before the publication of the upcoming Season 39 (already in the planning stages). 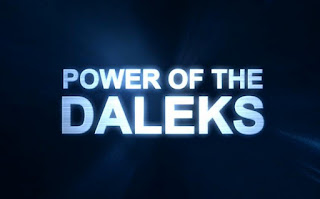 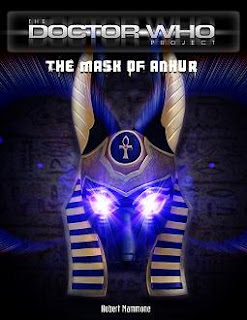