The Culture novels are full of intriguing details that hint at a vast, under-explored universe beyond what little we’ve been permitted to see. In The Hydrogen Sonata, the latest novel in the series, Banks finally explores something that has existed on the fringes of the Culture universe since the very first book, 1987’s Consider Phlebas: the Sublimed.

For a long while now Banks has released a trickle of information regarding the Sublimed, those civilisations and Minds that have reached such a level of development as to take the next step in their evolution, and have left the material plane altogether. Tenuously linked to the material universe and still able to influence it in some ways, the Sublimed are distantly removed and remain the one great enigma of the Culture universe. This novel doesn’t tell us much about the physical realities of Subliming, the truth, inevitably, being beyond what our pitiful mortal minds can understand. Instead, Banks takes the more interesting track of exploring how, when and why a civilisation would consider upping sticks to another plane of reality (something the Culture themselves have resisted for their long history).

The results are characteristically cynical. The Gzilt, a semi-reptilian humanoid species, have reached the stage in their history at which Sublimation is the next logical step, and have seemingly decided upon it as a ‘now-or-never’ opportunity. Counting down their final twenty-four days of material existence, the Gzilt wallow in their petty politics, their martially organised culture breaking apart under the strain, after millennia of determined peace. A violent incident against a Culture ship kicks off a sequence of events that threaten to destabilise the whole process. Gzilt politicians manipulate their alien allies to cover their backs for long enough to reach the big day, after which, nothing will matter ever again. 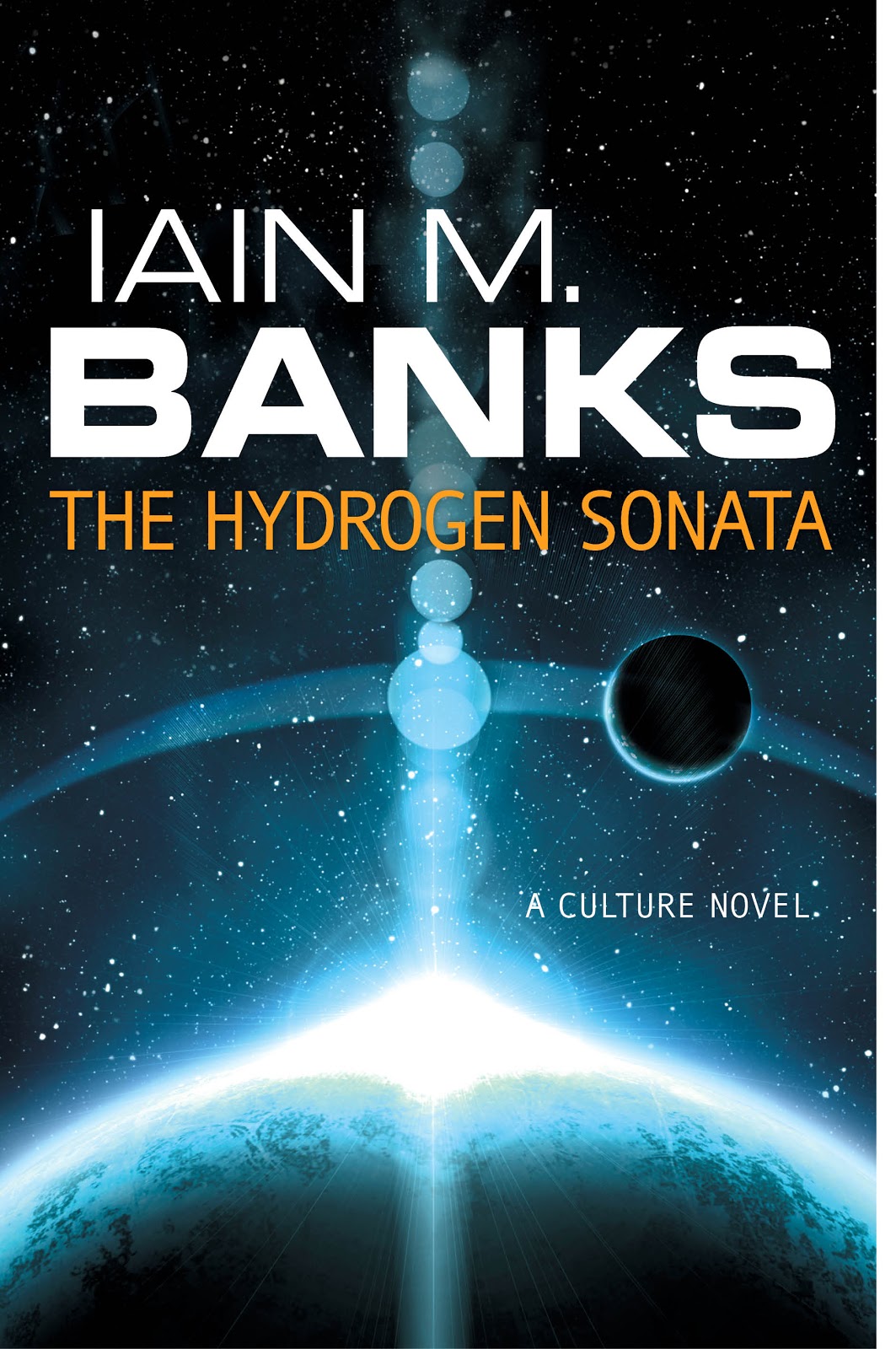 Into this mess step the Culture, primarily in the form of a group on concerned Ship Minds (the Ships, as ever, proving to be the most entertaining characters). The whole galaxy-spanning fracas revolves around one man, Ngaroe QiRia, who claims to be as old as the Culture itself. Banks lets us have a glimpse at the Culture’s beginnings, at which QiRia was present and involved. QiRia may hold memories concerning these early days, which concern the Gzilt – set to be one of the Culture’s founding members, before the backed out at the eleventh hour. The Gzilt, you see, are unique in the Galaxy for having a religious dogma that is demonstrably true, and when it turns out that some old Culture guy might have something to say to the contrary, from firsthand experience, no less, people start to worry about the effect on the upcoming moves to Sublimation.

Ideas have never been in short supply in science fiction. What sets the Culture novels apart is Banks’s prose, characterisation and wicked sense of humour. Our main viewpoint character is Vyr Cossont, a Gzilt woman who has dedicated her recent years to learning to play an insanely complex musical piece, the Hydrogen Sonata of the title, for which she has had to grow an extra pair of arms. Cossont hung out with QiRia a few years ago, on a sort of galactic gap year, and her link to him gets her in trouble with the more unsavoury parts of her own society, including some killer androids (in a Culture novel, sophisticated androids seem almost quaint). Thankfully, there’s a charming Culture ship on her side, who protects her and takes her across the Galaxy searching for a boxfull of memories that QiRia once left to her.

Cue an adventure across space with more than a hint of the Hitchhiker’s Guide to it. The largest party ever thrown, an obscenely inventive alien orgy, a sentient massage mat, a person with a bowl of soup for a face, insects in dancing spaceships; all make an appearance in the course of the book. It’s an episodic novel, linking various unlikely characters from across the Galaxy together in the search for one old bastard and some sensitive information. We learn very little about the history of the Culture or the mysteries of the Sublime, but the sheer entertainment of the journey leaves the reader feeling he’s come out it enriched. As with the most recent Culture novels, Matter and Surface Detail, there’s the sense that the Culture is just one of a number of frighteningly powerful civilisations in the universe, some of whom a bigger and badder than the Culture and less inclined to party. Finally, the Culture no longer feels invincible, and their engagements with the Gzilt, although still one sided, lead to casualties and consequences. The Sublimed remain an unknown quantity, a glaring gap in the Culture’s otherwise omniscient purview, and one that has a lot more to do with the everyday universe than they’re comfortable with.

While Banks riffs happily on various aspects of his fictional universe, it’s the flawed, human character of Cossont, the self-involved old sod QiRia, wily politician Banstegeyn and others living on the fringes of the mighty Culture who carry the novel. The Ships are supremely entertaining and drive events, but the great gods of space travel are bored with their utopia and go out looking for trouble. The Culture books have always been at their best dealing with those living just outside the great civilisation, and when the Culture face up to unforeseen consequences to their manipulation of their ‘inferiors.’ The Hydrogen Sonata is supremely entertaining and intelligent science fiction, but it’s about time the Culture were taken down a peg or two.

Read the first chapter of the novel here.