My faith is small rouge one is restored. After an OK sort of start, the second episode of the series was a cracker.

There are fewer actual jokes this time round, but the overall effect is something much more consistently entertaining, with decent sci-fi conceits at its core and some excellent character moments for Rimmer and Lister. The early part of the episode, with Rimmer carping on about the whining in his ears, while Lister got soppy over his Father’s Day card, showed just how these characters should be portrayed now. The cast are getting older, there’s no getting away from that, so why not make a virtue of it? A whinier than ever Rimmer against an increasingly soft, gummy Lister would work. Not that we want Last of the Summer Wine in space (they couldn’t find enough baths to slide down hills, for a start), but four old gits on a spaceship has plenty of mileage for a sitcom. 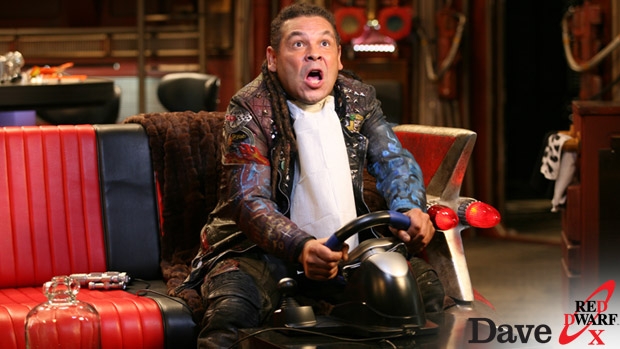 Lister’s father-son relationship with himself is a little touch of genius. It takes a concept from the series’ past (the underrated Series VII) and uses it to create a brilliant new piece of character-driven comedy. Craig Charles switches between crabby old dad and defiant son with aplomb, his arguing with himself being some of the funniest material in the episode. Lister Sr’s drunken video letter to his son is brilliantly done, with just enough drunken slapstick, and leads up to the best moment of the episode: the fake guitar gag. Yet it furthers the plot and ties in nicely to the other side of the story, that of the new computer. 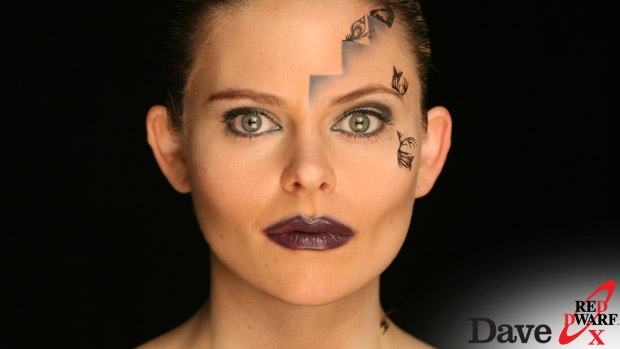 Rebbecca Blackstone gives a sharp, quick-fire performance as the coldly logical Pree, the predictive computer. Having had messages finished for me with disturbing accuracy by my phone (I guess I’m just predictable) I love the idea of a computer that saves time by predicting your own actions. Pree’s cold if skewed logic leads to some brilliant comedy moments, before providing the threat the episode needs for its second half. The episode builds to an effective action sequence, that is finally resolved with an ingenious tying together of the episode’s two plot points. 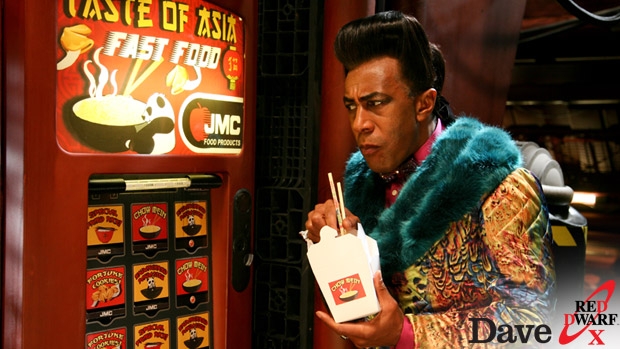 Some elements don’t work quite as well. I’m undecided on the Medi-Bot – it’s tending just too far to the annoying side of quirky – and the Chinese Whispers joke feels contrived and is not nearly funny enough. However, this episode hits far more often than it misses. The roster of vending machines, each with their own personality, is another reworking of an element of the show’s past (and presumably leads into the upcoming love triangle episode, ‘Dear Dave). If the series continues to develop along these lines, we should be in for some real treats. I’m very much looking forward to next week’s celebrity historical.

Best Line: “You predicted that I’d cock it up, so you cocked it up for me?”
Posted by Daniel Tessier at 21:45