Alpha Centauri has a planet.

That's Alpha flippin' Centauri. The triple star system just over four light years away, the closest star system to our own. That's NEXT DOOR, in galactic terms. Hell, it's practically here. And to think I got enthused about Epsilon Eridani...

For anyone not in the know, Alpha Centauri is comprised of three stars: Alpha Centauri A, Alpha Centauri B, and Proxima Centauri. A Cen A and B are both Sun-like stars, A being slightly larger and brighter, B being somewhat smaller and dimmer, and they form a binary pair. Proxima is a dim, old red dwarf, possibly captured by the binary pair, that orbits them at a distance of about a tenth of a light year and is currently, at 4.2 ly, the closest individual star to the Sun.

The new planet orbits A Cen B, and so its systematic name is Alpha Centauri Bb (but surely they'll come up with a proper name for such a nearby planet?) It was found after four years of studying the tiny Doppler shift in the starlight created by the planet's gravity, something extremely difficult to measure accurately. So, it's something of a milestone in planetary detection, even disregarding its proximity.

The planet is fairly unremarkable in itself. It's very low mass, approximately that of the Earth, but its also extremely close to its parent star, so is likely to have a surface temperature of over 1200 Kelvin. So there's no chance of friendly Alpha Centaurians living there. However, stars with one planet frequently turn out to have several more, so the hunt is on for more Centaurian planets; indeed, there's some suspicion that a planet  is orbiting Proxima, although this is unconfirmed.

SETI are getting ready to scan the direction of Alpha Centauri for possible radio signals, and presumably agencies will be looking at sending their own signals towards it. After all, it'll only take four years or so for a message to get there... 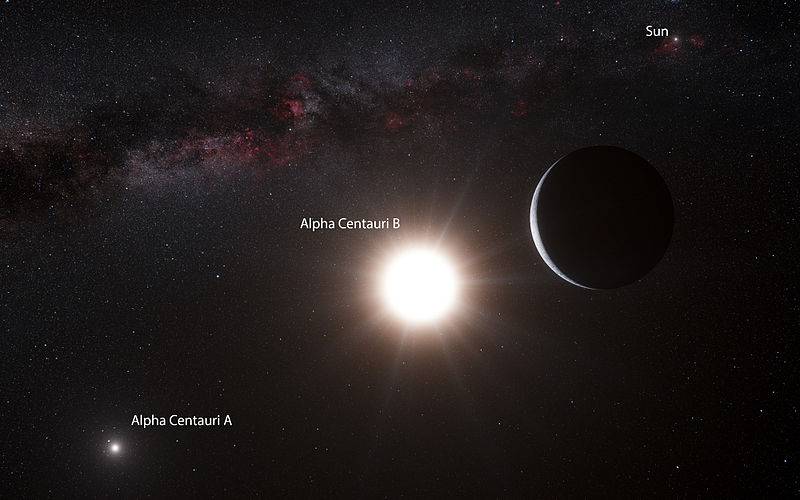 Lots more on the discovery here: