Catching up with the movie reviews. Some spoilers to follow: 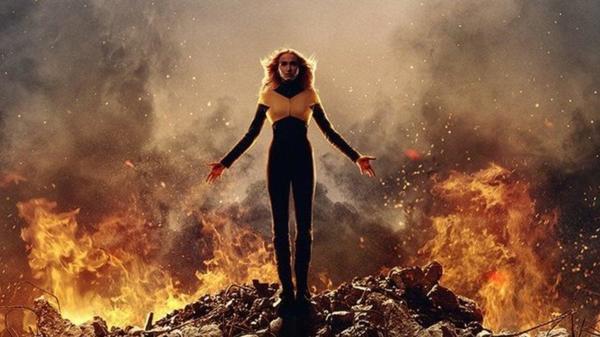 Well, that's that. Nineteen years of X-Men films from Fox, and it's all over, with Marvel reacquiring the film rights to the property via Disney's huge buyout. Deadpool 3 is safe, because Disney are far too smart to mess with that recipe for success, but New Mutants looks unlikely to ever appear, and if it does, it'll be changed so much it'll essentially be a new film. The next bona fide X-movie will undoubtedly be a reboot. After seven films for the core franchise, set across two timelines, plus three Wolverine-focused spin-offs, the series that helped redefine the comicbook movie has come to an end.

So, after all this time, you'd be forgiven for expecting something momentous. What we got with Dark Phoenix, sadly, fell somewhat short of that. I mean, it's not bad – I don't agree with the number of reviews outright slating it – but it should have been great. Looking back at my review of the previous main range film, Apocalypse, I'm probably too forgiving of these movies when they hit my nostalgia buttons (and hopeless in my predictions). I've been watching these since the beginning, I was in with the cartoons before that, actually coming to the comics afterwards, but I feel invested in this series. Dark Phoenix should draw on a lot of that for the fans; this was a major storyline in both printed and animated form, one of the most significant events in the X-Men's history.

Unfortunately, it feels like a poor comparison to the earlier versions. One major problem is that we've already done this storyline on the big screen. The Last Stand was thirteen years ago now, so it's not like it hasn't been long enough, and the timeline rejig in Days of Future Past seemed at least in part motivated by the desire to do it again, better. For the record, although it's probably the weakest of the X-Men movies (main range, at least, Origins: Wolverine is near-unwatchable), The Last Stand was at least good fun, if a bit of an overblown mess. While Dark Phoenix is a more focused and considerably more faithful retelling of the story, it's also dour and grim, and frankly, just not that much fun.

Somehow, this film fails to quite work as a whole, yet so many of its parts work so well. While I'm not keen on the fridging of a certain beloved character and the revenge quest that spins off from that – this shit's frankly tired by now – I love the series finally looking Xavier in the eye and forcing him to take responsibility for his actions. This is in line with the comics over the last decade or so, with Xavier's power for mental manipulation shown for the terrifying threat it really is, one that he abuses. Always with the best intentions, of course, but this most arrogant of characters is always convinced his actions are right, and they can have devastating consequences. It's fitting that he should finally be called out by those on his team who have suffered due to his choices.

Juxtaposing this with the opening of the film, which sees the X-Men shooting off into space to great applause, in their new guise as America's favourite superheroes, works brilliantly. Magneto and Xavier alike realise that their currently comfortable existence is down to humanity's favour, and that they could lose that favour very easily. Magneto has even more to lose – Xavier will at least have his money and technology to protect him and his students, while Magneto, no stranger to exclusion and fear, knows his mutant homeland could be taken away at any moment. Both McAvoy and Fassbender are excellent in their roles, giving some of their best performances as the two powerful mutants whose ebbing friendship and enmity has defined these films.

The central character, of course, is Jean Grey, the Phoenix herself, played, as in Apocalypse, by Sophie Turner. In the review of that film, I praised how powerful her performance was, and while she still impresses here, she doesn't carry the weight required to centre the film. Turner, as good as she is, is an actor who relies of strong supporting performances. Her scenes with McAvoy and Fassbender mostly work, but when they're off screen, she can't hold the scene alone. She might be a lead actor one day, but I don't think she's there yet. The remaining cast do as well in their roles as they did before, albeit given relatively little focus, although Tye Shridan gets more meat than he did before as Cyclops, and steps up well.

The real disappointment of the cast is Jessica Chastain. Normally excellent, she seems to be going through the motions as the alien villain Vuk. Picked from the comics but relatively obscure, Vuk has been retooled for the big screen, and while I understand that Chastain was going for “clinical” and dispassionate, her performance is altogether boring. But then, it's hard to blame anyone for handing in a performance that's a bit below par when given a script like this. Writer and director Simon Kinberg, who, as half the team responsible for The Last Stand, is reworking his own material here, provides a deeply workmanlike script. In fact, he turns out to be rather a better director than writer. Obviously we can't have Bryan Singer back since the revelations of his appalling conduct came out, and Kinberg makes for a good replacement. The action set-pieces here include some of the best yet seen in the franchise, with the train fight in particular standing out. The film includes some of the best use of Magneto's powers seen onscreen.

It's hard not to compare the Fox and Marvel movie franchises. It's come to light that earlier plans would have had another film between First Class and Days of Future Past, with the latter then becoming the big blockbuster finale in the same way as Infinity War/Endgame. It's hard to deny that this would probably have been a better, more climactic send-off for the franchise. There are similarities, though, with both franchises starting relatively small and increasing with scope, eventually bringing in cosmic threats for our heroes to deal with. The D'bari, traditional victims of the Phoenix Force, make sense to include but aren't a particularly memorable threat, and their retooling into shapeshifters here makes it pretty obvious that Kinberg originally wanted the Skrulls before Marvel secured their use in Captain Marvel. In any case, the D'bari are pretty faceless alien mooks here.

While the direction is generally impressive, it's a strangely colourless affair, which is odd considering the burning fires of the Phoenix Force feature throughout. It's all rather washed-out and drab, which harms the action. If it had been a bit brighter and embraced the technicolor happenings of the comics I feel audiences would have appreciated the spectacle more. A few fan-pleasing moments help; the Dazzler cameo (The Orville's Halston Sage, although Lady GaGa would have been perfect), the brief but effective obligatory Quicksilver sequence, the movie version of the mutant refuge Genosha; but they're not enough to save it. Ultimately, although I'll happily stick this on again once it's released on disc, this is a background movie, when it should have been an event.