FANS WHO: "The Final Game" - Part One 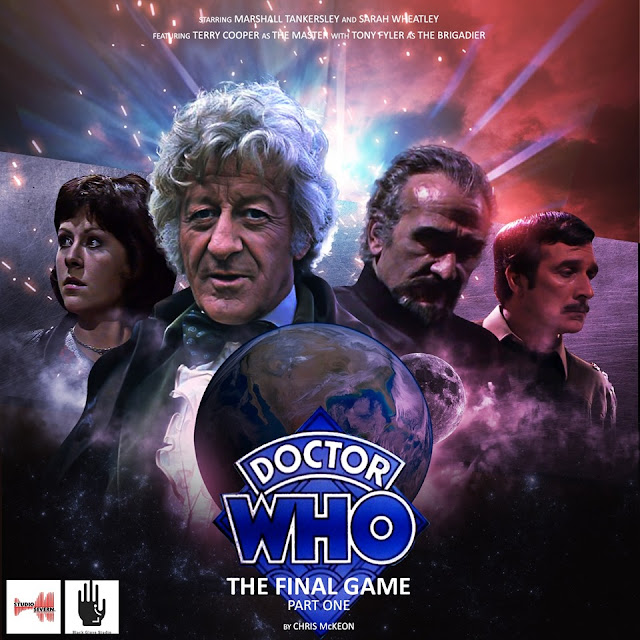 Back in 1973, plans for afoot for the upcoming eleventh season of Doctor Who. The final serial would have seen Jon Pertwee and Roger Delgado face each other one last time as the Doctor and the Master. The Final Game would have served to write out the Master, revealing the secret of his true identity and might have also been the last serial for Pertwee's Doctor. Had The Final Game happened, the Master would have given his life for the Doctor in a grand send-off. The character would presumably not have been resurrected in the almost unrecognisable form played by Peter Pratt in 1976's The Deadly Assassin and Doctor Who history would have been very different.


Sadly, Delgado was killed in a road accident while filming abroad, and as such the story had to be scrapped. With his friend gone and several other cast members having left or being phased out, Pertwee made the decision to leave the series (by some accounts deliberately pricing himself out of the market so his contract wasn't renewed) so that the last serial of season eleven was confirmed as his last. The third Doctor regenerated at the end of Planet of the Spiders in 1974 and the third Doctor became the fourth.

Black Glove Studio - named for the Master's signature mittens - has been created with the purpose of bringing The Final Game to life. Chris McKeon, writer of a previous "lost story" -  the sixth Doctor regeneration novel Time's Champion - has taken the scant notes made by Robert Sloman for The Final Game and crafted his own version of the story, one that fits into the existing Doctor Who story. The essential part of the story remains: a final confrontation between the third Doctor and the original Master that we never had the chance to see.

With only part one so far available for preview, how the Master's story will play out is still a mystery until the serial is released in full on YouTube. Based on the first part, The Final Game has all the makings of a fine Doctor Who adventure, with an authentic late Pertwee era feel. This does mean it's a little slow in spots, but this was the case for many of the original serials, and there's a nice air of mystery concerning the Master's involvement in the story. The story includes an omniscient narrator, who uses a deliberately portentous style to sell the momentous nature of the story.

The performances in the story are generally good, with a selection of third Doctor era characters recreated for our listening pleasure. In most cases, the actors don't provide impersonations of the original cast, instead giving their interpretation of the characters. Sarah Wheatley's version of Sarah Jane Smith is a bit posher than the original but still has her confidence and humour, while Tony Fyler's clipped tones are perfect for the Brigadier. The vital roles of the Doctor and the Master are recreated excellently. Terry Cooper doesn't exactly sound like Delgado but reproduces the actor's delivery well, and convinces as the nefarious Time Lord. The biggest applause, though, has to go to Marshall Tankersley, who recreates Pertwee's Doctor with uncanny precision. He's better than Tim Treloar, who Big Finish have got to play the third Doctor in their own recreations of the era.

It's a fannish production with some characters who would been unlikely to appear in the serial as planned in 1973 but who are very welcome additions. It's a gorgeous celebration of the Pertwee era and I'm looking forward to the rest of the adventure.

At present, Black Glove Productions can be followed on Facebook. The serial will be released on YouTube when complete.